Uber, Airbnb, and the sharing economy – the ultimate solution?

While taxi drivers and hotel owners are not happy (to say the least!), many think we are moving into a new era called the sharing economy, or, at least, someone finally came up with a solution against the cabbies lobby’s crazy fairs policy.

But is it really good for everyday life?

Apps and the sharing economy

Airbnb and Uber are just a few example of apps that facilitate a sharing economy. There’re apps where you can share skills, cameras and cars with neighbours. Akippa, a Japanese startup, allows people to share under-utilised parking space using smartphones. This app will finally free you from wasting time and petrol trying to find the last remaining parking space by reserving and paying in advance. If you have extra space in your garage, you can rent it out temporarily (TechinAsia). If you are not a car person, there are also apps like Spinlister where individual people can share bikes. 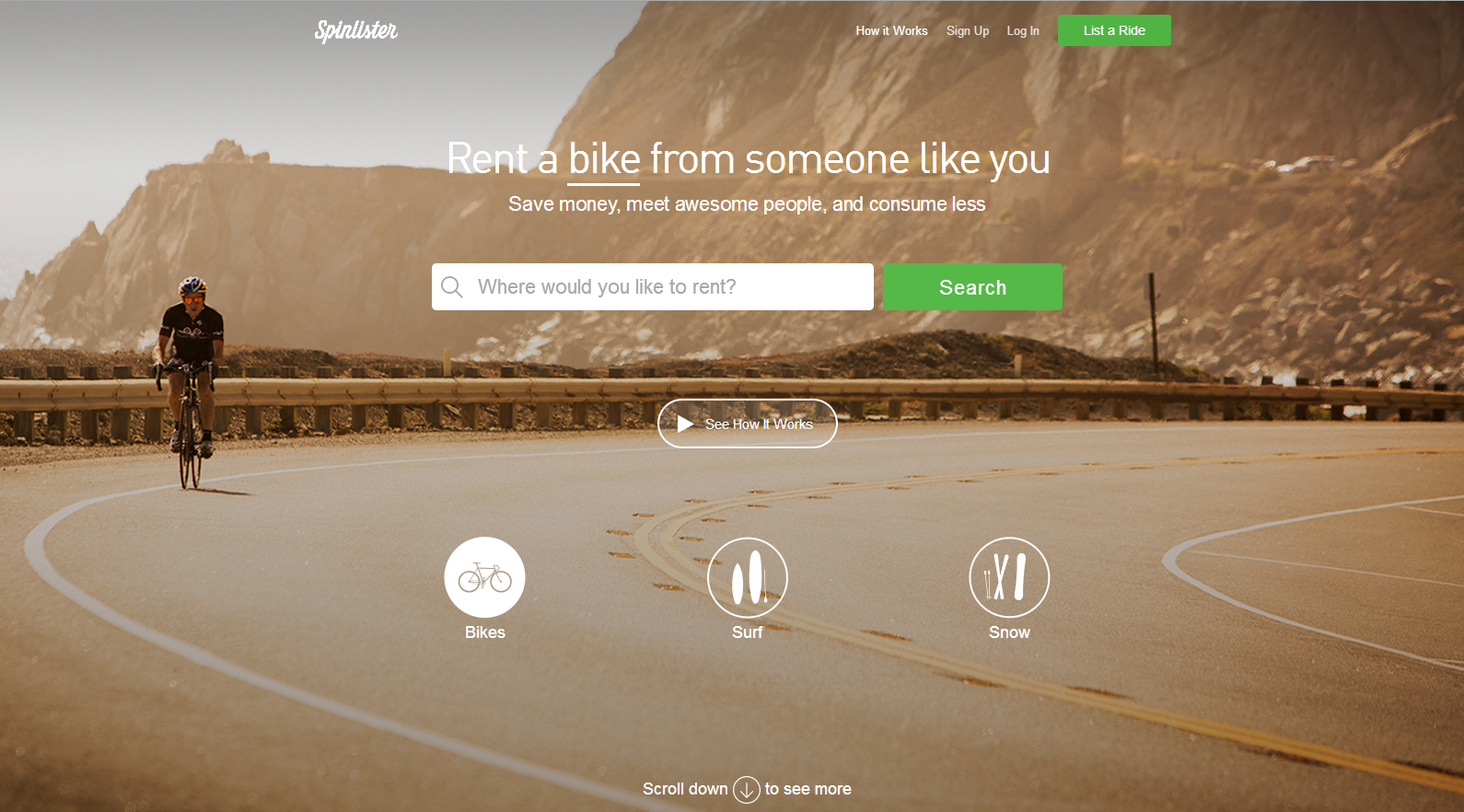 There is even an app called leftoverSwap – that literally lets people swap their leftovers. Are you sick of eating the same food for the next couple of days? No worries, your hungry neighbours can help you finish your food. 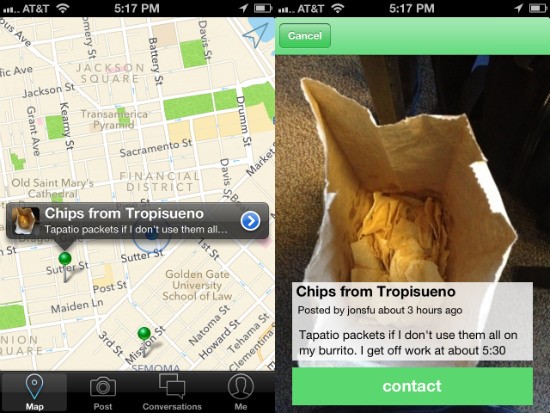 “Some people are shocked and find the concept absolutely disgusting while others love it and some wonder whether it’s real,” according to the co-founder, Dan Newman (see The Guardian). Apparently, they have 10,000 users in cities in US, Europe, Australia and Asia and it seems to be growing.

Today, the households in the advanced markets are ‘wasting up to 40% of their food’ says the Guardian. There are people who genuinely want to share their hand-made dinner that they can’t finish. If you have the excessive resources, why not share it instead of dumping them into the bin. (Besides, there are starving kids on the other side of the world. Yes, still.)

Utilising your extra resources while making money and saving the planet at the same time? Sound almost too good to be true, doesn’t it.

A recent article by the Guardian pointed out serious pitfalls of sharing economy. Such businesses not only break the law but also make the government lose the main source of tax revenue. Unlike hotels, Airbnb users don’t pay the taxes. In addition, the safety issue for the users is critical. Unlike hotels, private rooms and houses are not subject to regular inspection. So who will be responsible for the potential risks?

Happiness is only real when shared.

When society is in the transformation, the existing law will become obsolete and irrelevant. But there are often new ones taking over and addressing new concerns.

In order for a sharing economy to thrive, we need the relevant law first to protect us from accompanied risks. The bottom line is that there is nothing wrong with sharing. Actually the concept has many positive social aspects.

Eventually, we can all benefit from the world where people are comfortable with sharing their Wi-Fi connections, cars or pets.

Remember, ‘‘happiness is meant to be shared.’’

24/06/2014 Technology Apps, Technology 0. Comments BY Waka
10 Technology Trends Retailers Ought To Know In 2021 For Prime CX..
Virtual Try-on Makeup: What Google's New AR Feature Means for Luxury Cosmetic Brands..
Product Demand Analysis: How To Determine Market Demand For A Product Using Technology..
How Tools Like TikTok are Being Used to Exchange Positive Views and Thoughts During These Uncertain Times..
Live Video-Based Commerce: How Retailtainment is Next Big Thing..
Sustainability in Luxury Fashion: Top Brands and Their Sustainable Practices..
10 Trends That Will Help Your Luxury Fashion Brand Stand Out in 2020..
Top 50 Retail Innovation Statistics That Helps You to Plan for 2020..
How Effectively Can Data Analytics Scale Up Your Fashion eStore..
How to Use AI to Upgrade Your Retail Marketing Automation..
How to Grow Your B2B eCommerce Store by Using AI..
How 3D and AR eCommerce Revolution can drive ROI..
5 Ways You can Accelerate Your eCommerce Business with Reality Technology..
How Visual AI is Transforming eCommerce..
Should I update my site to WordPress 5.0: Key consideration before updating..
What Tech Startups are Worth Watching in 2019?..
What Is Augmented Commerce and How Can It Help Boost Sales?..
10 eCommerce Retail Industry Trends & Predictions for 2019..
Essential Guidelines to Follow When Designing a Voice User Interface..
How Visual and Voice Search Will Change Fashion eCommerce..
The True Value of Bitcoin: Blockchain..
How Voice Technologies will Change the World..
5 Free, Easy Ways to Organically Boost Instagram Engagement..
Does fashion need to re-evaluate its obsession with data?..
Fitness tracker market – Can it become mainstream?..
Is Yahoo doomed? – Shifting focus on valuable content marketing..
How technology is simplifying online grocery shopping...
Are cultural hurdles the biggest challenge to self-driving cars?..
The immersive luxury retail experience: Burberry, Fendi, Givenchy & Marc Jacobs..
FinTech: a threat to the traditional banking industry?..
News apps and UX – who is the winner?..
Technology and online dating: The new normal in match-making...
Uber vs. Lyft – The mayhem of on-demand ridesharing economy?..
The Fourth Industrial Revolution: Davos on the future of business, work and commerce...
Sustainable fashion: No marketing gimmick, feat. Adidas, Auria and Katie Jones..
Solutions to ad-blocking? Easy, UX and GOOD content...
Ten smart experiential marketing campaigns we’ve seen in London...
Fashion and VR: Who’s the real game changer? feat. Tommy Hilfiger, Rebecca Minkoff & Rigby and Peller..
Five ways Magento 2 will benefit the retailers..
So you Googled Digital Agency London, but how do you pick the right digital partner?..
AI in content marketing: Is it killing the human-driven creative sector?..
The return of bricks and mortar? Startups leveraging omni-channel retail strategies..
Hospitality services in the digital age: Leveraging technology for better customer experience..
Food and technology: The impact of digital on food business...
Fashion and technology II: Combining tradition and innovation..
Digital Marketing Review / Best of the Week..
Will we see more apps like Uber? 3 trends that will define the future of sharing apps...
Tiger and Muji prove brick-and-mortar stores are far from dead...
Selfie gadgets that will take the trend to the next level in 2015...
The apps we used the most in 2014...
Fashion and Technology: Can smartwatches make the fashion statement too?..
Oculus VR The future of digital marketing..
This week in social media: People’s reaction to iPhone 6 & the Apple Watch..
5 smart apps to make the most of your summer...
The generation of me, myself and I – Me-commerce will remain strong. [Infographic]..
Wanna get a sneak peek at a stranger’s life? – Use 20 Day Stranger App...
Skype Launches Free Group Video Calling Service (Finally!)..
5 Online Tools That Will Make Your Life & Your Job Easier...
The Weekly Infographic: Recent Tech Company Acquisitions..
The Future of In store Shopping Experience The Blurring Line between Physical Virtual..
#RIPMSN and no more ‘brb’ – How MSN Messengers shaped Generation Y..
The future of social media? Look at dating sites. No, seriously...
3 reasons we are VERY excited – app can change EVERYTHING!..
Witty Twitter Wars / Feat. Apple, Lotus, the Royal Family and toilet paper...
9 gadgets to have in office RIGHT NOW / Feat. trans-floor slides, Ferrari chairs, and more...
Web Design Now: Digitise EVERYTHING..
R.I.P. Tumblr or: How Yahoo! Just Killed the Kids’ Favourite Social Network..
Facebook Graph Search: a guide for brands and Page admins. Plus, everything you did before will be used against you...
Google Street View maps the Grand Canyon? Cool. ‘The Nine Eyes of Google Street View’? AMAZING...
Felix Baumgartner’s supersonic space jump / A collection of the best memes...
Marketing gone bananas / Fake Apple store in China: ‘iPhone 5 – because you have more money than sense.’..
Fixed gear bicycles and luxury brands / $500k for a bike? Yep. And you have to change the tubes yourself...