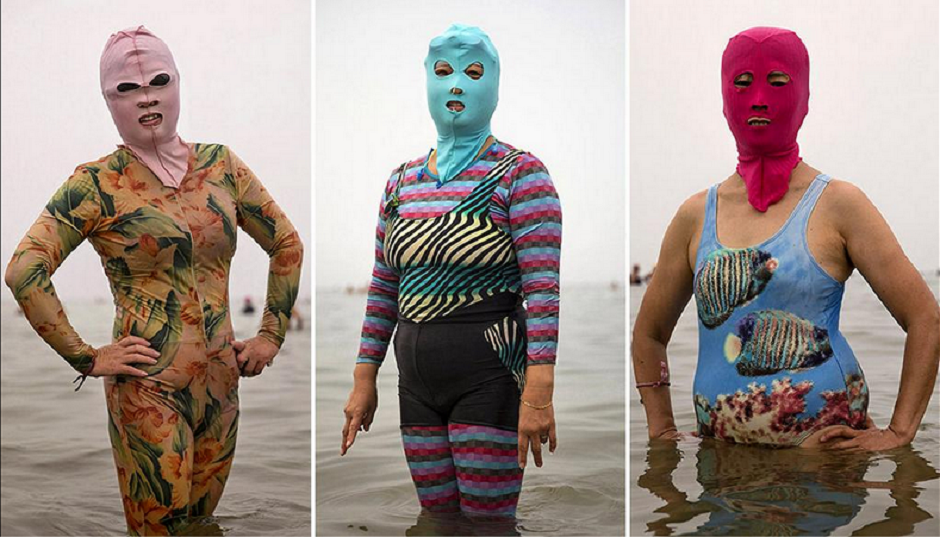 While we are were busy watching friends and celebrities taking the ALS ice bucket challenge this summer, some quirky masks were rocking social media in China.

Watching famous people like Mark Zuckerberg and Bill Gates getting soaked with ice-cold water is fun and entertaining. (Who can say no to something for charity?)

In the East Asia, on the other hand, not everyone is bothered by whatever is circulating on western social media (mostly because they don’t have access to Facebook).

In fact some bizarre photos of swimming masks were flooding across China’s social media platforms this summer. I bet you have never seen anything quite them before. 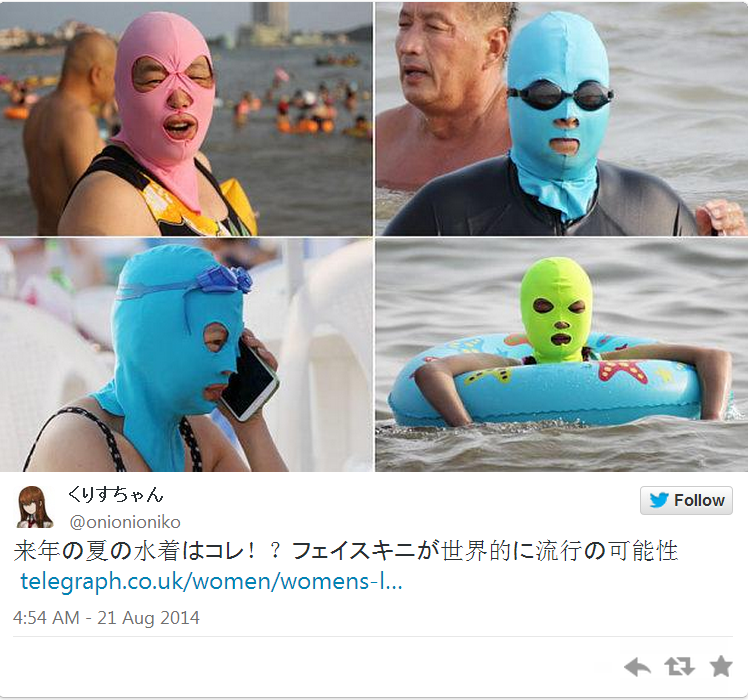 Perhaps you have already heard how the definition of beauty differs in the East Asia.

Whilst in the western societies ladies are crazy about getting tanned in summer, Chinese women are super obsessed with covering every bit of their skins to make the least of the summer sun.

China’s quirky facekinis weren’t invented recently. It has been commonly used among China’s middle-class women for some years to protect themselves from UV rays, skin cancer as well as jellyfish stings.

Well, they seem to be doing a good job. 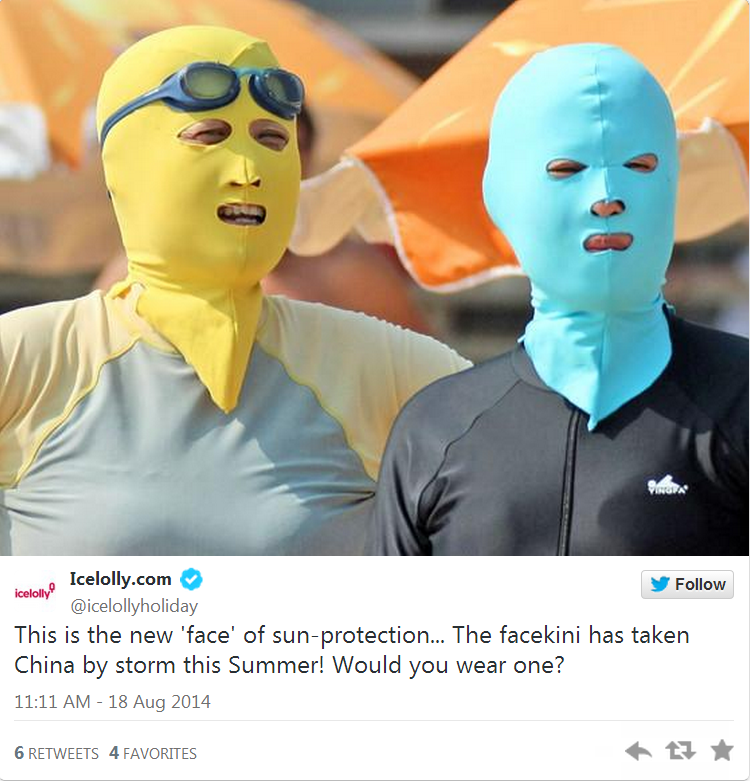 Yet they look like nothing but clumsy bank robbers and low-cost super heroes.

I know this summer is coming to an end. But if you are after something unique and distinctive to stand out from the crowd on the beach next summer, why not consider this?

According to NBC News, these middle-aged Chinese women are now ‘at the center of the global fashion world’.

You think they are being sarcastic right? I doubt that beaches in California or Ibiza will be filled with ladies wearing these either.

But the masks are popular among the middle-class Chinese women with emerging economic powers. So who knows how the global fashion brands will react when millions of these women start embracing this item at the same time. 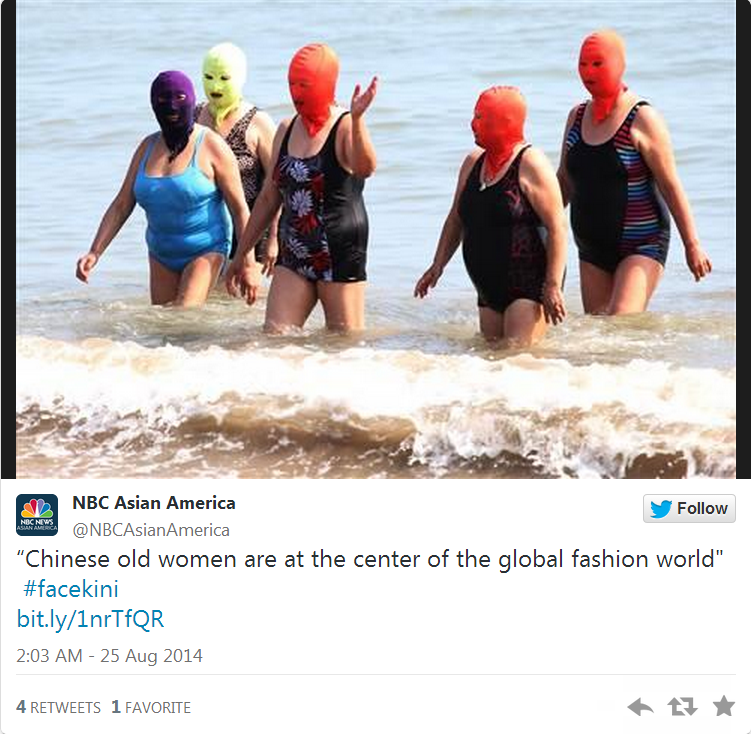 In fact, they already caught the eyes of a former Vogue Paris editor and got featured by CF Fashion Book with some ‘professional’ twist. 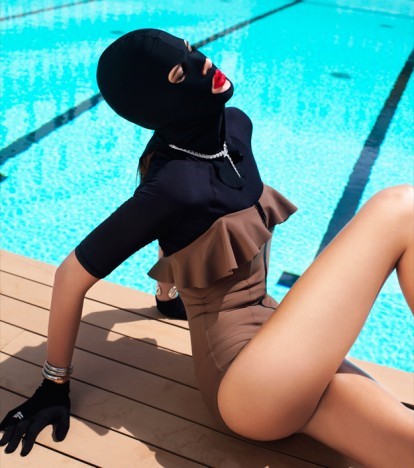 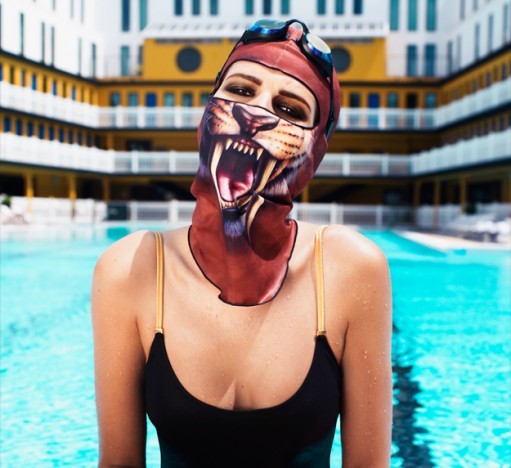