This week in social media: People’s reaction to iPhone 6 & the Apple Watch

People’s reactions to iPhone 6 – the highlight.

There have been rumours, expectations and hypes.

iPhones – people will either love it or hate it. But if you always struggle to find best Christmas present, then this year’s Christmas will be sorted (though you might have to use a part of your savings or give up one of your kidneys).

So what were people’s reaction to iPhone 6 and the Apple Watch? Let’s have a look at their rivals first.

Their Galaxy Note 4 was actually top trends on Twitter. Yes, they were promoted by Samsung. But who cares. Everything is great as long as you are ahead of Apple. 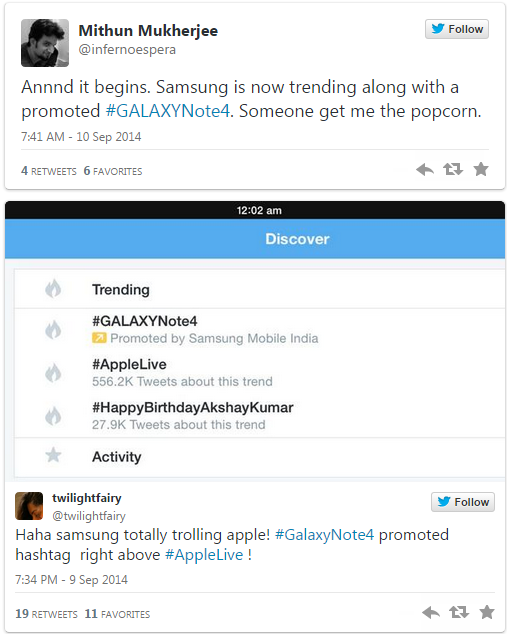 And Samsung’s trolling video on the Apple Watch.

Their trolling campaign didn’t stop there. Samsung Belgium was buying a pear every time someone was tweeting about Apple #aPearForAnApple. It’s a pretty smart idea as the campaign not only gave out free pears but also supported the local farmers who face financial obstacles after Russia’s import restrictions (Mac Rumors). 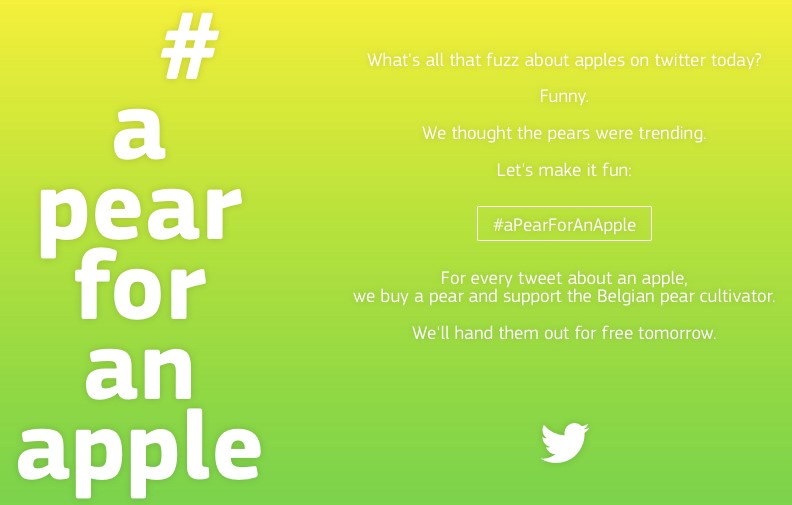 While iPhone 6 and iPhone 6 Plus are both slightly thinner than iPhone 5, they have bigger screen size, causing many people to accuse Apple of ‘playing catch up’ with competitors. Definitely HTC was one of them.

“Bigger screen. Better performance. Elegant design. Welcome to the party #iPhone6.”, tweeted HTL. But perhaps it is worth noting that its sales weren’t exactly driven by their screen size (Tech2). 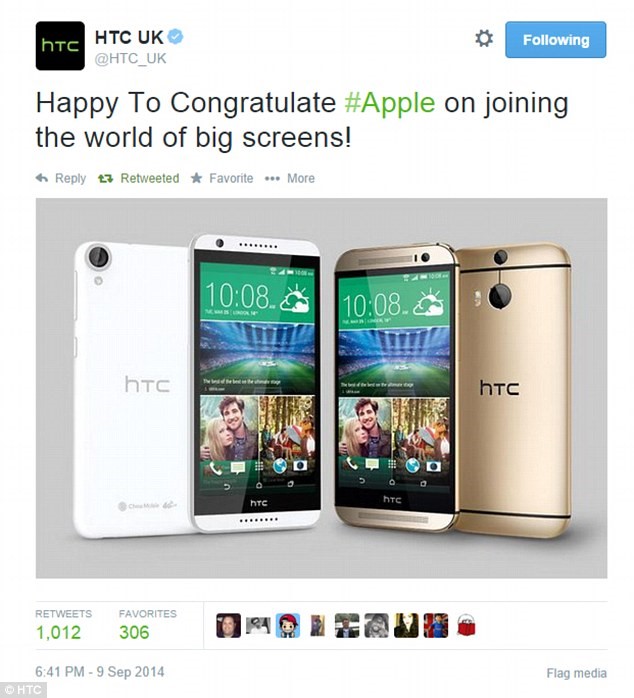 BlackBerry went on talking about how smartphones are ‘tools’ instead of ‘toys’, using #ToolsNotToys. And they kept emphasising on security factor of smartphones in response to Apple Pay. That’s fair enough.

But, unfortunately, it all sounded like that ‘smartphones only belong to enterprises’, definitely not for selfies. 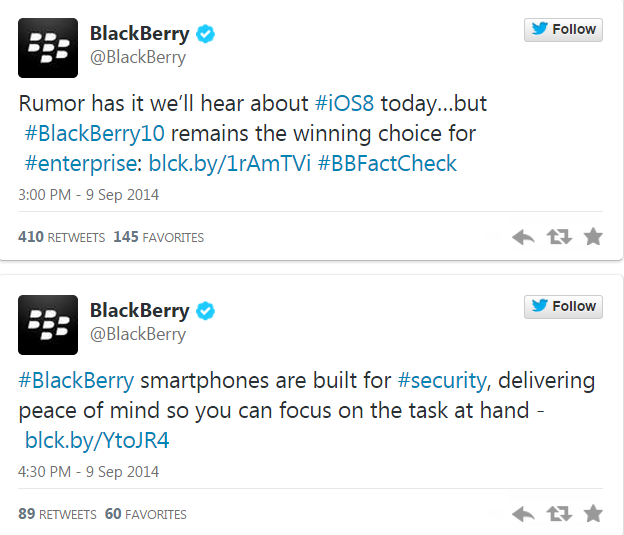 How did consumers react to the Apple Watch?

Among the positive feels about new features of Apple Watch, some people were concerned whether they could handle the tiny gadget.

Apple Watch is receiving a rather mixed reaction from consumers, both excitements and concerns. 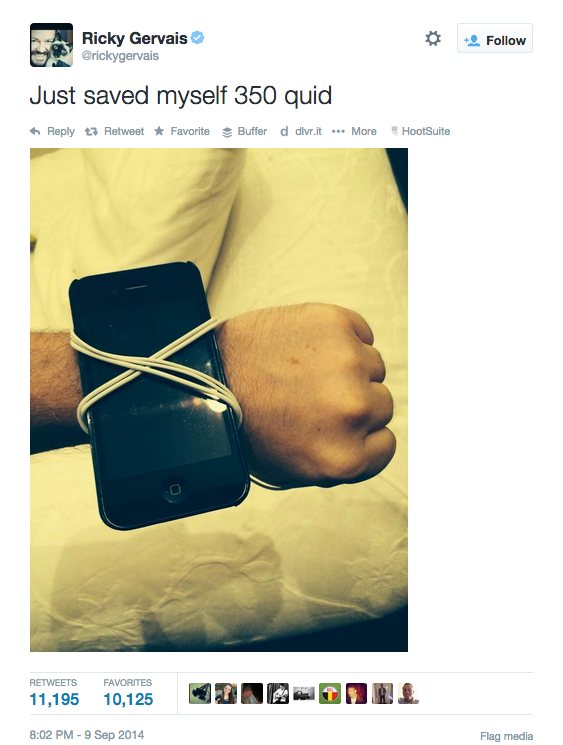 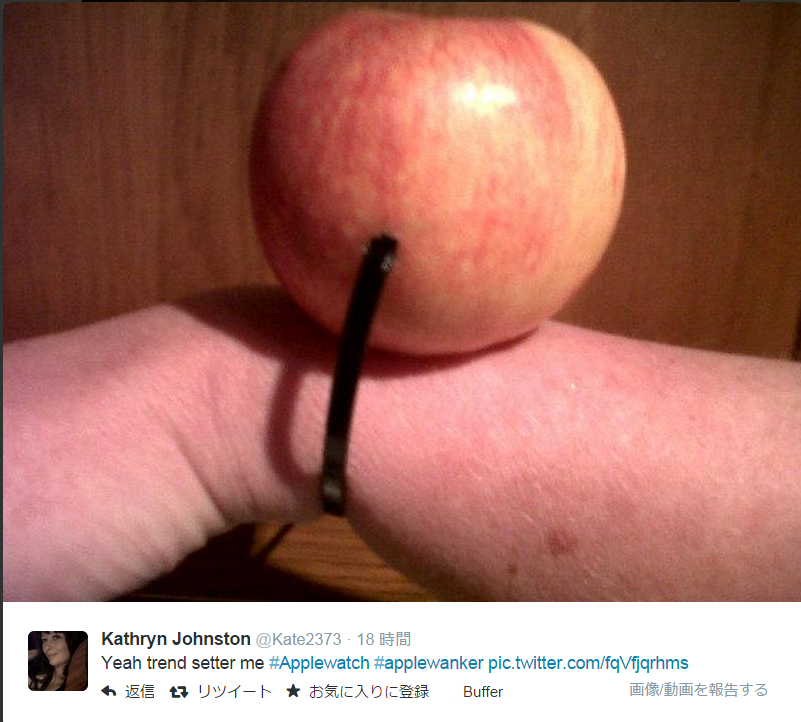 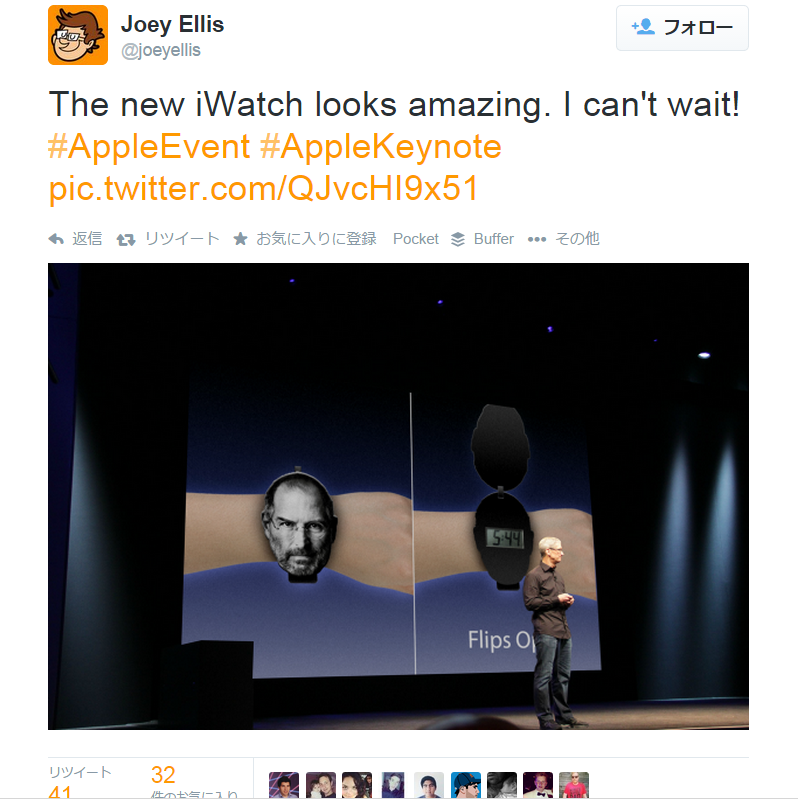 The questions are there – will the battery last a week? Do I have to charge every night? Will the interface work just fine? And then there is security concern, as usual. 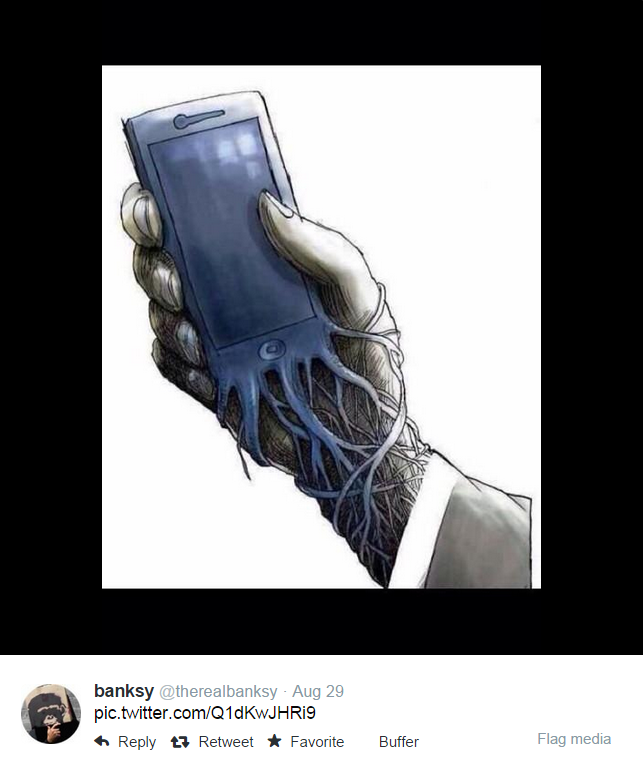 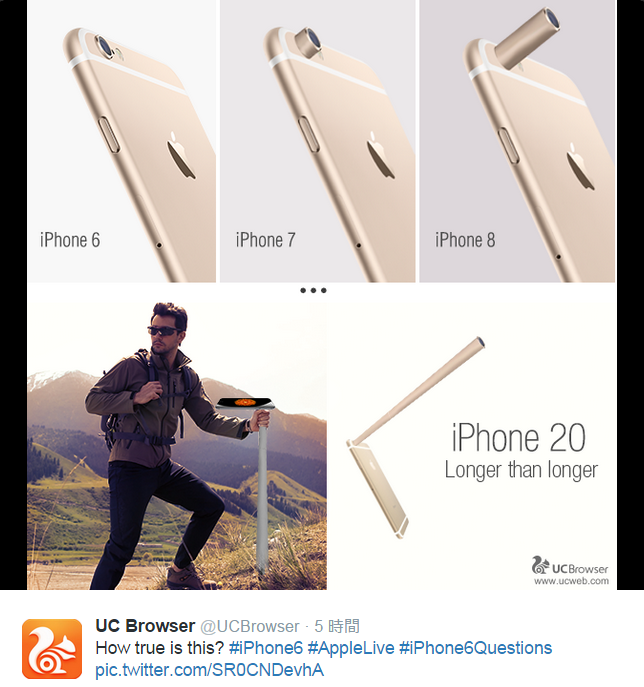 But do you think that they lived up to the hype?

Certainly this guy did, Tommy Krul i.e., keynote scarf guy who stole the stage and audience away from iPhone 6 with his bold fashion statement. 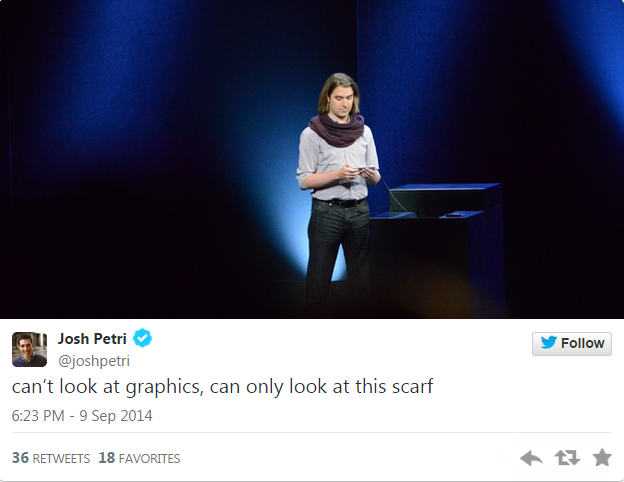 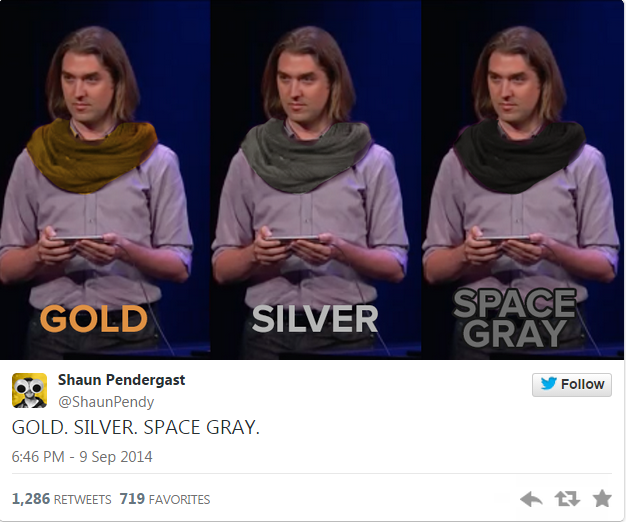 Bonus Video: If Apple can turn watches into high-tech gadget, why not chopsticks too?

While the world was busy figuring out what the Apple Watch was going to look like, Baidu (also known as Chinese Google) was keeping themselves busy with something even more ground-breaking, ‘Baidu search chopsticks’.

FYI, this is not a joke. 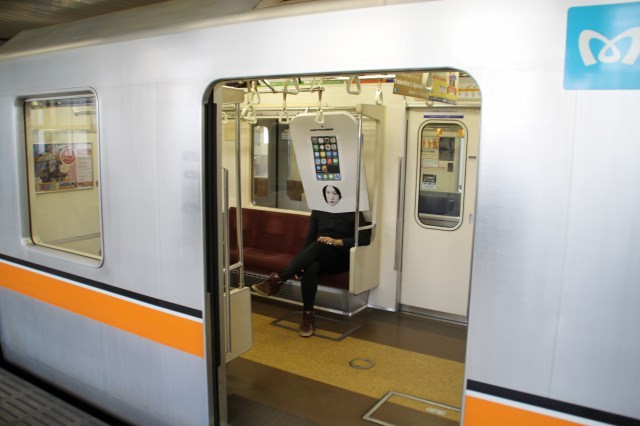