‘What do Nokia and Denny’s have in common? Apple envy’, says an article on The Verge. As usual, when Apple launches a new product, the hype level goes through the roof, and, after what we can call the “Oreo Effect”, brands started to react quickly on social media channels, trying to ride the wave and win the users’ attention. One of the consequences is twitter wars.

There you go, then, with Nokia, Motorola, HTC, Windows Phone and the rest of them, trying to come up with a funny response to the Apple event. 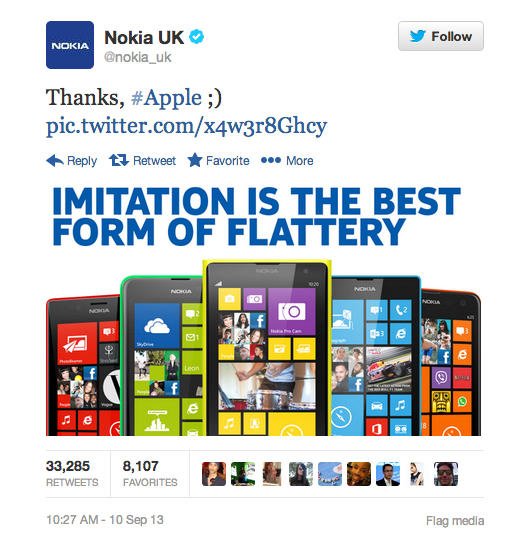 Even brands that have nothing to do with technology join the Conga line. Here you can see McDonald’s and Kit Kat’s version. 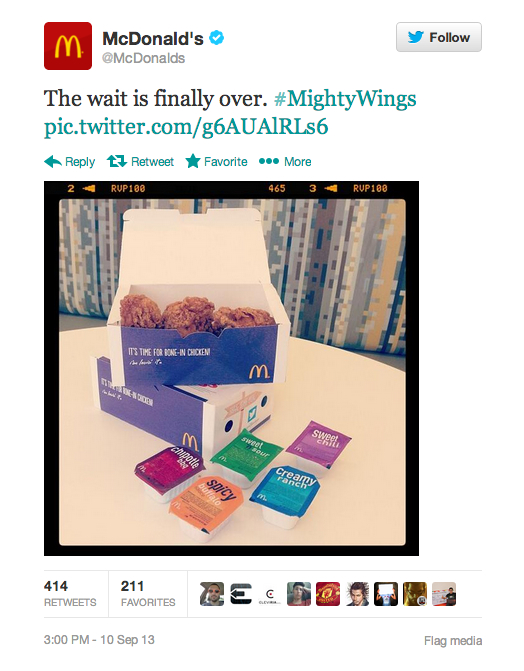 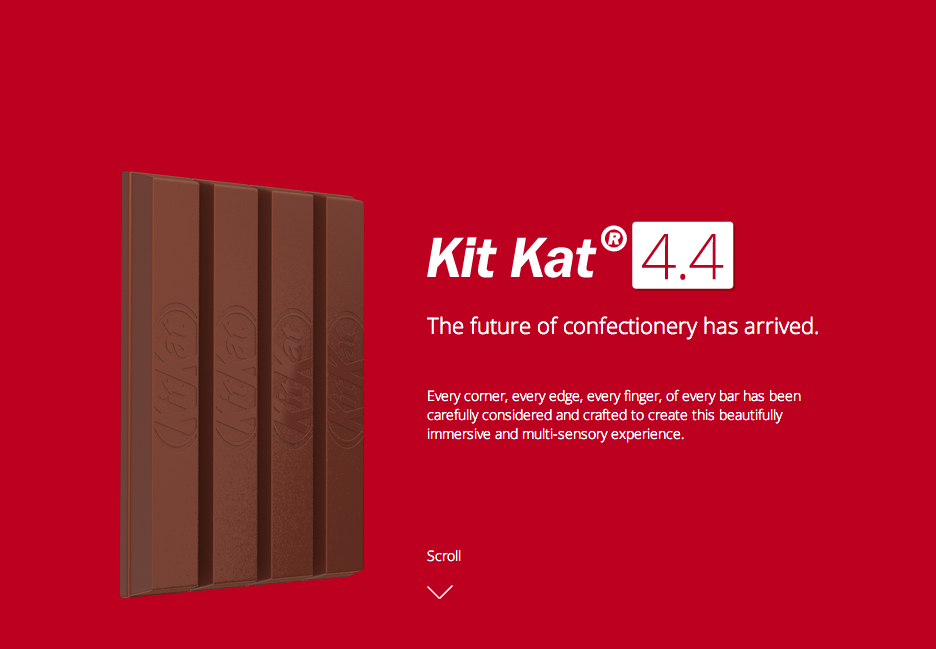 And here’s one of Kit Kat’s recent tweets, showing how Twitter is becoming the wittiest, fastest and – maybe – smartest social network around. 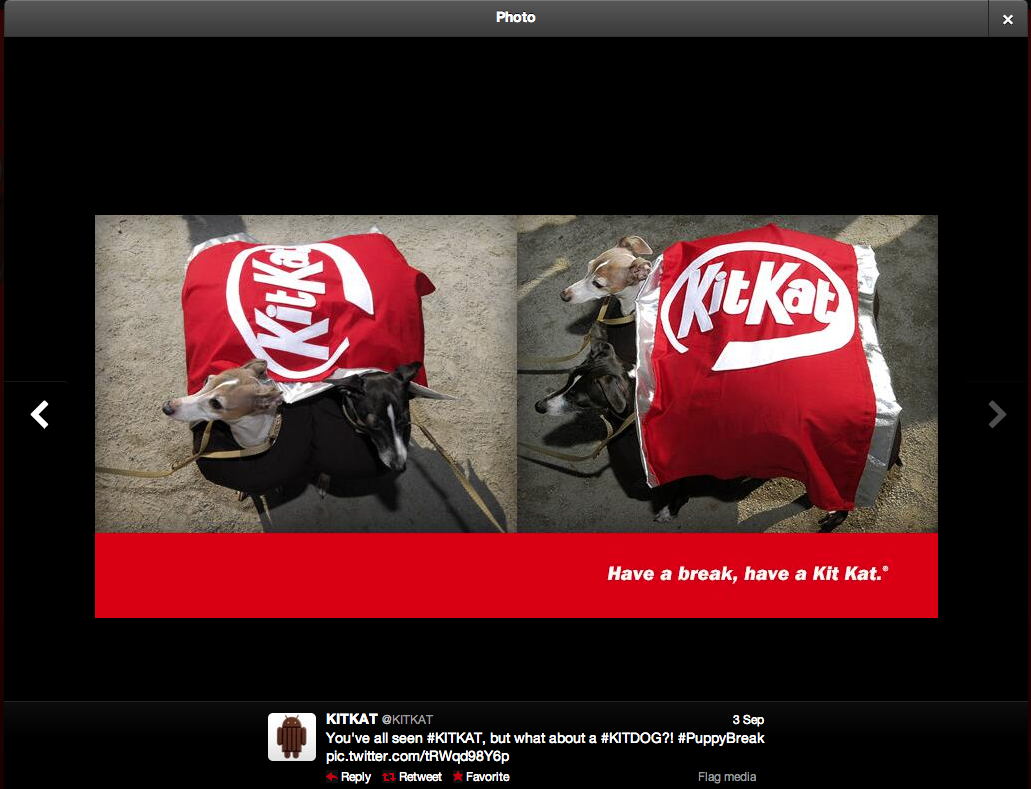 Even when good taste is kind of lacking, somehow.

Examples? Charmin, always talking about, well…things with a bathroom-related twist, like they did for the birth of little Prince George. 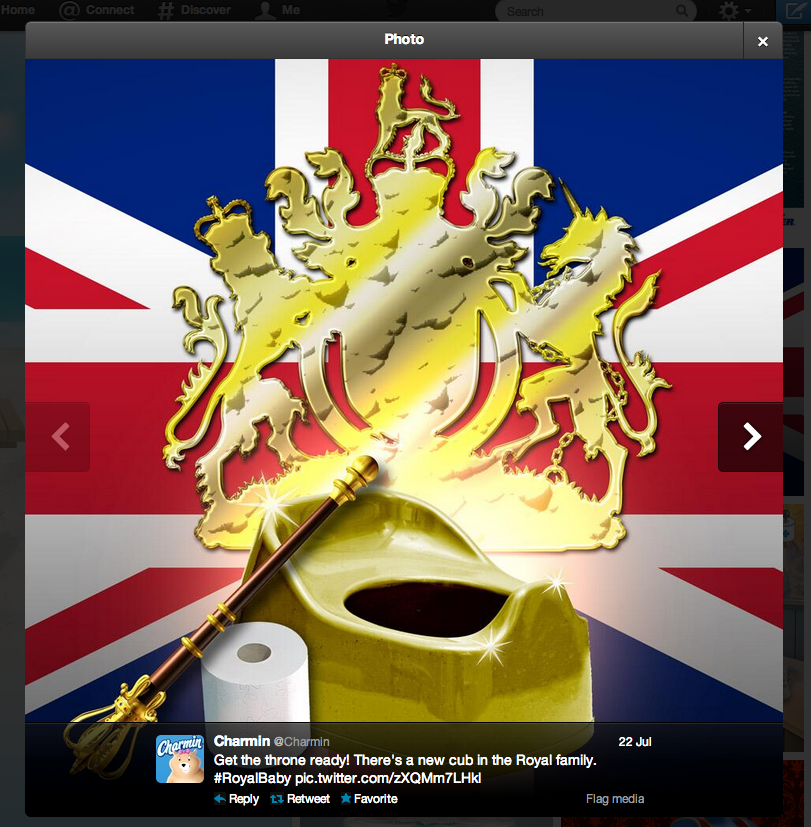 And, last but not least, yesterday’s Masterpiece. Raikkonen leaves Lotus for Ferrari, and, as Metro reports, ‘Following the announcement, the British-based outfit tweeted a picture of two bunnies getting busy (we’ve decided not to show you the rampant rabbits…use your imagination if you really want to), accompanied by the message: ‘So Kimi is off to Ferrari for 2014; it hurts a little bit… #F1 #Raikkonen’

We decide to show the bunnies, by the way. 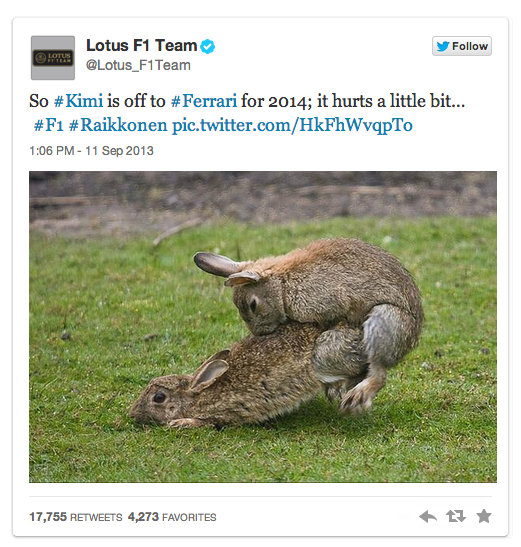