Myspace’s new marketing strategy: “We have your pics, please come back. PLEASE.”

Remember when we talked about Myspace Tom, and the way is surfin’ through life, nowadays?

While he’s “having it large” somewhere in the Southern Hemisphere, his brainchild is desperately trying to become cool again, and win back Tom’s former friend.

Myspace’s new marketing strategy is kind of creepy. As TIME puts it: ‘Myspace hasn’t forgotten a single moment you spent together.

First of all, it kept your pictures (shudder), all 15 billion of them. Remember that time you and your best friend wore matching Fall Out Boy crop tops and took mirror selfies? So does Myspace. To help refresh your memory, it’s been including a snap or two in emails begging folks to give it one more chance. You’ll have to log back in to get a better look at photos from your ill-spent youth and delete them.’ 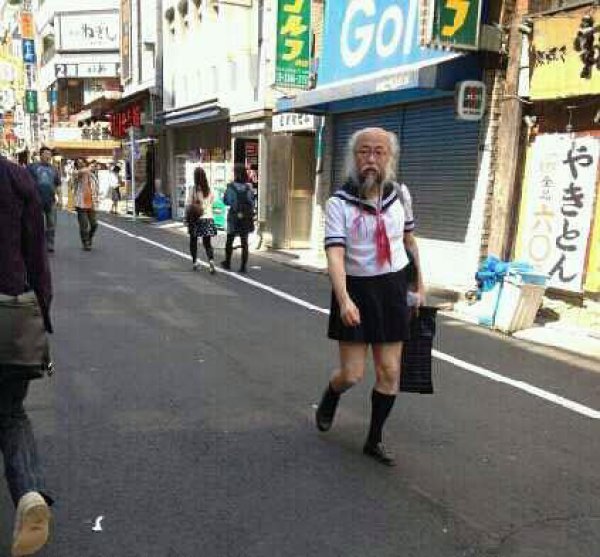 The aforementioned photos are being sent to former Myspace users in an email that reads “The good, the rad and the ‘what were you thinking’…” and includes a link to the user’s profile. “Myspace has been reaching out to current and past users to re-engage them through a personalized experience,” a Myspace spokesperson said.

‘Upon receiving that email, some users were surprised Myspace retained their photos after all these years. It’s simply an affirmation of what goes on the Internet, stays on the internet. While Myspace is technically not blackmailing users with this strategy, it has still drawn criticism for privacy violations. However, Myspace has not violated any law, since users voluntarily uploaded their photos to Myspace’s website, after all.’

Is this strategy going to work?

The article continues: ‘It’s easy to argue Myspace is going into desperation mode with a marketing strategy that relies on photos up to a decade old. Still, nostalgia is a classic selling point in marketing. Nostalgia-driven marketing works for businesses like Jack Daniels, Microsoft and Arby’s on a daily basis, in addition to being used as a strategy within retail workface management. Seeing old photos uploaded to Myspace may remind users of good times in high school or at a new job, potentially rekindling their interest in using MySpace in a subconscious reverence to the past.’

Nostalgia-driven marketing, you said? The ‘90s, you said? Myspace Tom, you said? Justin Timberlake is Myspace’s Creative Director, you said? 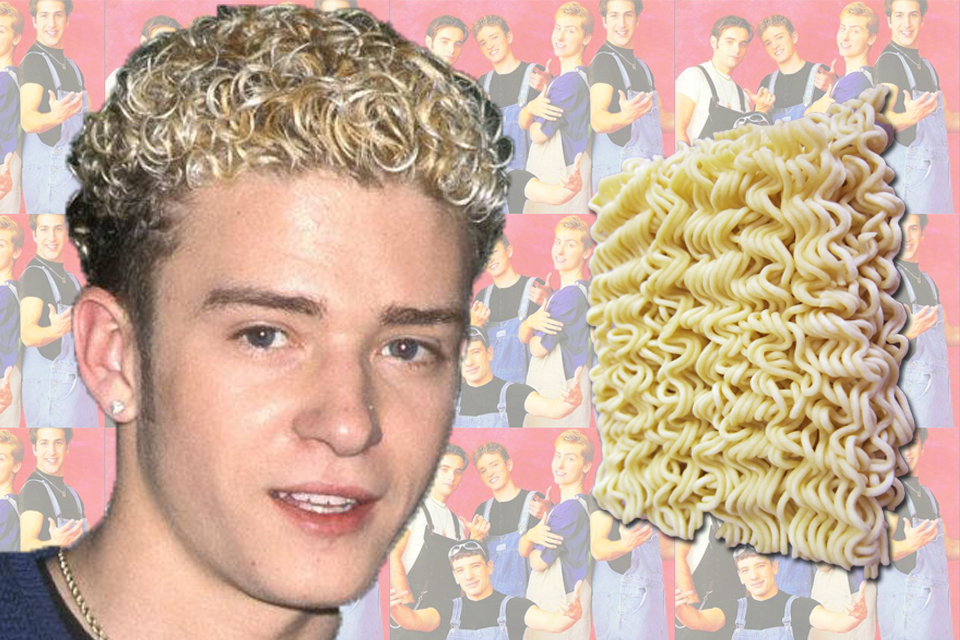 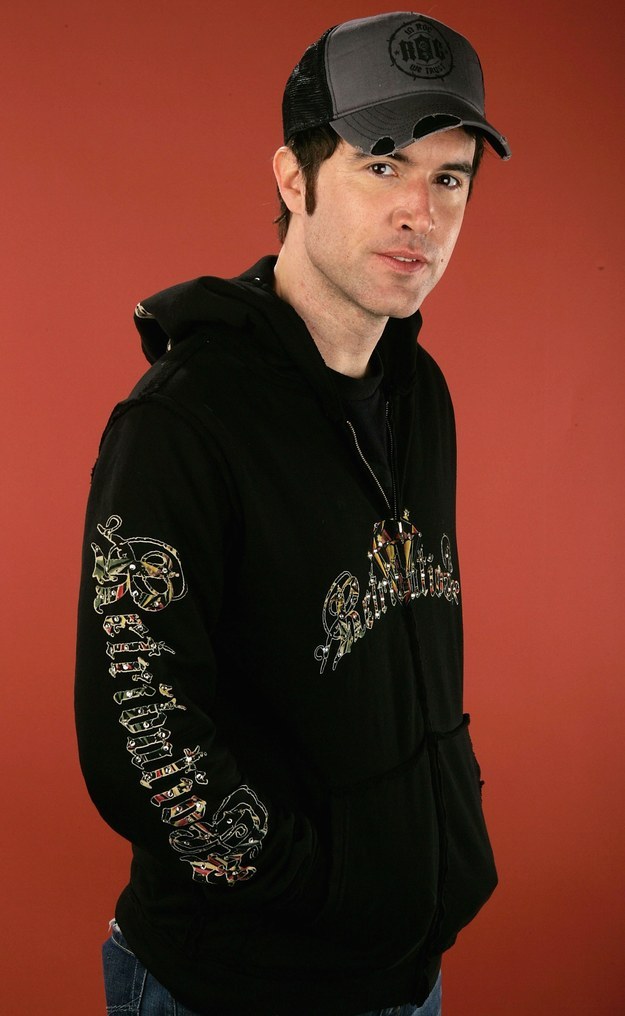 Forbes posted a couple of guidelines on ‘How To ‘Frankenstein’ Your Brand Like MySpace: The Social Network That Refuses To Die’, calling the strategy ‘a playful sort of nostalgic blackmail, wrapped in a pretty brilliant email campaign.’

‘Will it work? That, of course, remains to be seen.

But the timing is right. MySpace still has great name recognition, even if it’s only as the great “has-been” of social networking. The novelty of checking out a revamped website, combined with the warm fuzzy feeling of old memories (“I wonder what Susie from math class is up to now . . .”) might just be enough to get old users to log in.

Here’s something else that MySpace has going for it: teenagers are starting to slip through Facebook’s fingers. While the specific numbers are hard to pin down, it looks like younger users are leaving Facebook for more mobile-friendly apps. Whether this is due to Facebook’s increasingly intrusive monetization strategy or the realities of a smartphone dominated world, it’s creating an opportunity for Facebook’s competitors.’

Again: is this strategy working?

Mashable says: ‘When asked if the photos were increasing logins on Myspace, which was overhauled and re-released to users in January 2013, a spokesperson told Mashable, “Myspace has been reaching out to current and past users to re-engage them through a personalized experience.”’

Nobody knows what is going to happen, nobody knows if this “desperate ex trying to win girlfriend back” kind of strategy will work.

One of our guys tried to reach Myspace Tom for a comment, but Instead of a powerful statement, a few strong words and maybe an enlightening quote, he sent us this picture. 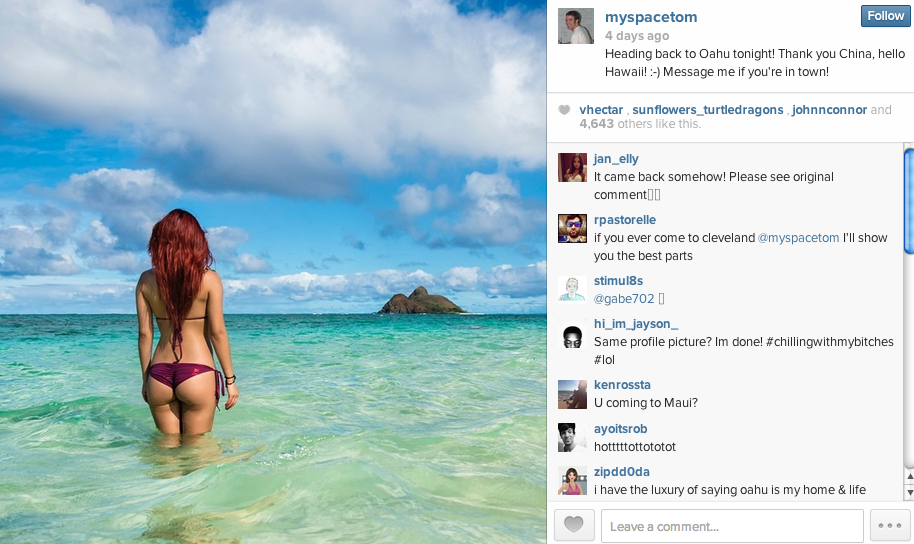 Another, last thing – if you really want to go for some healthy nostalgia-driven marketing, do not blackmail people; do something like this, instead: