eCommerce Growth Statistics to Help You Plan for 2019

No matter what happens in the world, it seems that we’re always going to have commerce. After all, we’ve long passed the days of the barter system; today, it’s all about buying and selling.

Living in the digital world, this means eCommerce.

eCommerce Growth Statistics to Help You Plan for 2019

1. Let’s start with a statistic that showcases global eCommerce growth projections: It’s anticipated that global retail eCommerce sales will grow from $1.3 trillion in 2014 to $4.9 trillion in 2021, representing a nearly threefold growth.

4. Presenting similar growth is the electronics and physical media segment, which is expected to grow from about £18 billion in 2017 to roughly £22 billion in 2022.

5. Likewise, the value of the UK homewares market was estimated at approximately £13.6 billion in 2018—representing an increase of approximately £200 million on the previous year—and is expected to continue to grow over the next two years, reaching a forecasted value of £14.1 billion in 2020.

6. Now let’s broaden our horizons again because, according to Business.com, the 10 largest eCommerce markets in the world are:

7. As you can see, the UK comes third among global eCommerce markets—a ranking that is mirrored in online shopping penetration for 2017, of which the UK was also third with 82%, behind China and South Korea. 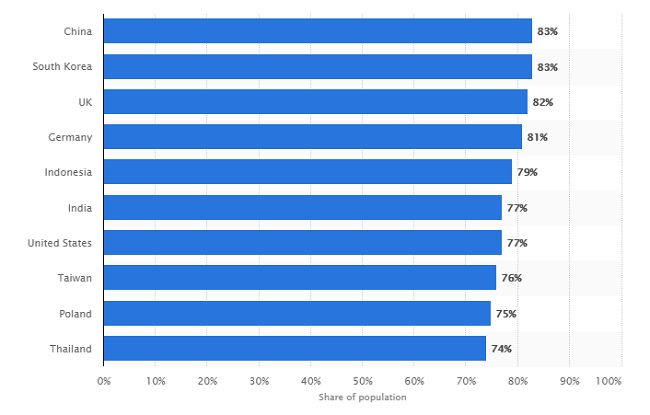 8. Speaking of global things, 57% of online shoppers have made an online purchase in the past six months from an overseas retailers.

10. Along similar lines, 77% of shoppers abandoned their cart because shipping and other fees were too high, 60% because they had to create an account, 53% because of payment security concerns, and 30% because their preferred payment method was unavailable.

12. And now let’s switch lanes and talk about why some consumers shop with certain brands or not —> 43% of consumers prefer companies that personalise their experiences, and 41% switched companies over poor personalisation.

13. As you can see, people like personalised experiences. For instance, 48% of consumers actually spend more when their experiences are personalised, and 74% of people HATE being shown irrelevant content.

14. Exemplifying this, Gartner found that those who successfully handle personalisation can gain a 15% profit boost by 2020 (talk about eCommerce sales growth). 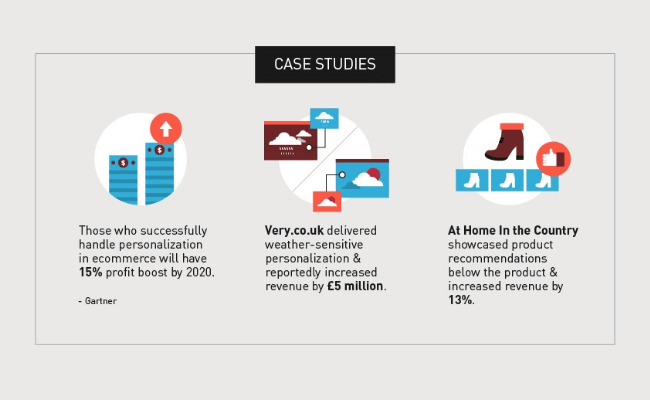 15. Switching lanes to something all eCommerce brands have to contend with, i.e. mobile vs. desktop, smartphones may have overtaken desktops in terms of retail site visits, but still lag behind in terms of revenue. For example, during the second quarter of 2018, smartphones accounted for 62% of retail website visits worldwide, but only generated 42% of eCommerce revenues.

16. You can see this trend again on the global stage, as the average order value of global online shopping orders as of the second quarter of 2018, by device, was:

17. Maybe this is because mobile shoppers expect different experiences than their desktop counterparts and are likely to leave a mobile website when something goes awry; a sentiment that is mirrored in the fact that, as page load times goes from:

18. Switching lanes one final time to talk about what you can do to improve your conversion rate, an HBR study involving 46,000 shoppers found that 73% of them used multiple channels to do their shopping.

19. Considering that businesses using four or more digital channels will outperform those using single or dual channels by 300%, not only does this makes perfect sense, but it’s also something you should consider ASAP. 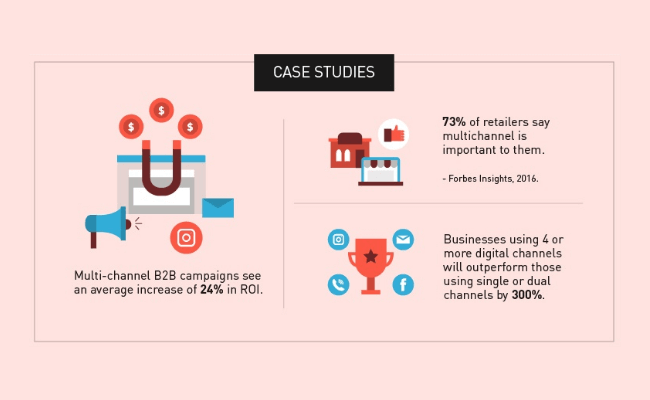 20. Unfortunately, Google’s research found that only an average of 52% of online stores have omnichannel capabilities. Again, don’t be like them; go for multiple channels. As Martijn Bertisen, Country Sales Director at Google UK, says:

The consumer has fundamentally changed. Their engagement with new technologies and digital services has driven their expectations up higher and higher. They’re now demanding useful, engaging, and assistive experiences from all the brands they interact with.

As we just saw, UK eCommerce growth in 2018 was significant.

For you, this means using what we covered today to tailor your eCommerce strategies for 2019.

For example, you now know that personalisation and multi-channel experiences both lead to increased sales, so two of your goals for 2019 should be to personalise your users’ experiences with you and increase how many channels you offer them.