Tech-savvy millennials may seem to be glued to smartphone screens most of the time, but it is completely naive to say that real experiences no longer add any marketing impact when targeting the young generation.

Today, experiential marketing has evolved to be more ‘immersive and strategic’ according to Event Magazine. Nothing brings deeper engagement with audiences than meaningful, interactive and participatory real-time experiential events. This is the exact reason why online businesses often invest in pop-up stores here and there.

And experiential events are more likely to be effective in starting a conversation online as attendees share their experiences on social media.

For example, this one may be still fresh in your mind as the video went viral. Pepsi Max’ smartly blended technology and physical experiences to create fun and entertaining marketing campaign back last year.

Now, let’s turn to some more recent ones.

Topshop was another one to embrace new technology in its marketing – a virtual reality catwalk show last year. But this year, it has created a massive ‘Playland’ in its flagship store in Oxford street. 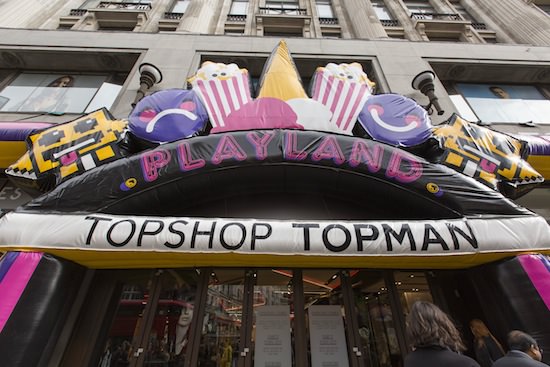 The complete makeover of the shop, reminiscent of a giant bouncy-castle from a birthday party, welcomed visitors with fun and interactive games like Pac-Man and Twitter-powered crane arcade. (Read more here.)

But Topshop wasn’t exactly at the top of the creative list in terms of experiential marketing this year. 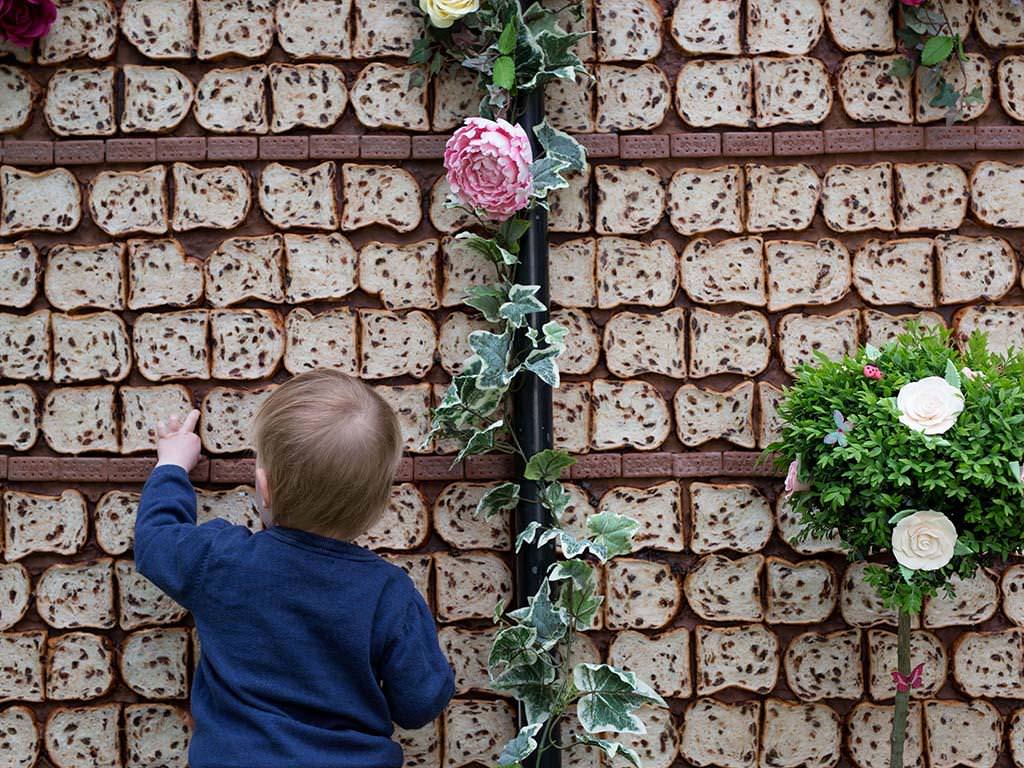 (Image via the Independent)

This quintessentially British marketing event, made from 15 different cakes, was aimed ‘to celebrate the launch of Carole Matthews’ novel ‘the Cake Shop in the Garden’’.

‘Visitors were encouraged to dig into the bourbon biscuit borders and nibble on one of the 250 cake flowers growing in the plot in Russell Square, which was surrounded by a wall made from 1,300 slices of fruit loaf grouted with Nutella.’

Just how effective was the event? The sweet scent of flowers was undoubtedly something to talk about with families and friends later on.

But it wasn’t definitely the pioneer in turning unusual things into something edible for a marketing stunt. Remember the lickable lift by Jaffa Cakes? 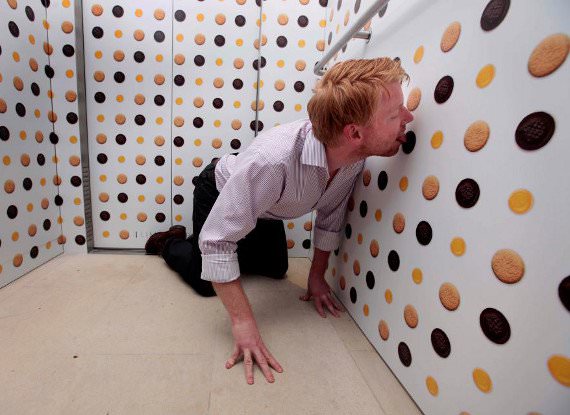 Like the vending machine that takes smiles as a legitimate payment. Or the pop-up breakfast cafe in Covent Garden that take your selfies as payment. 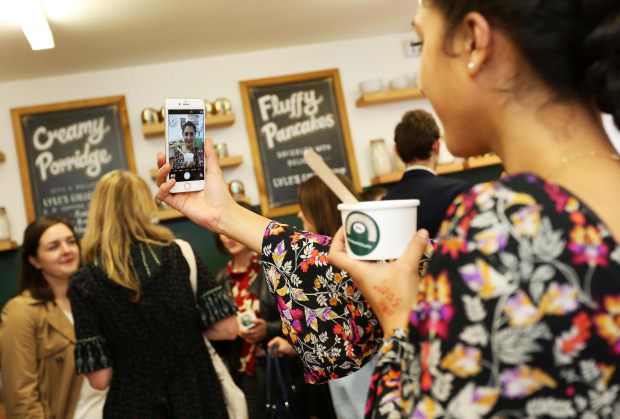 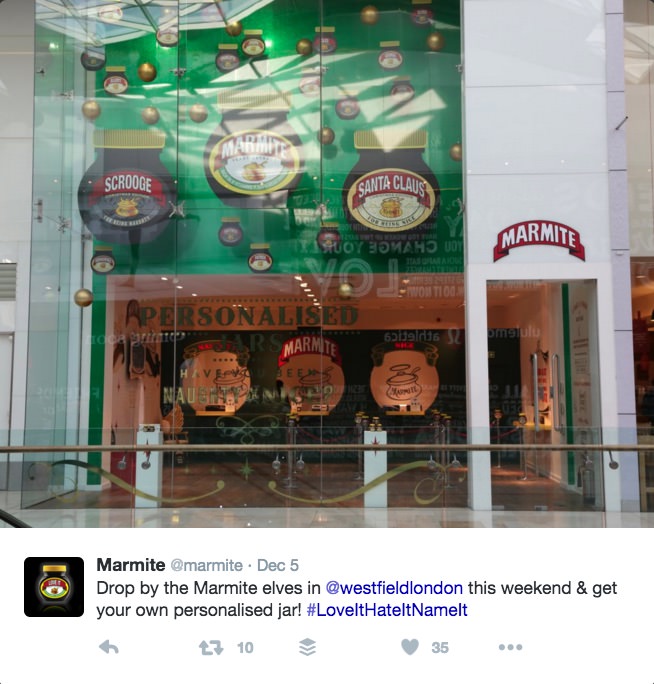 Whether you eat marmite for breakfast or not, seeing your personalised Marmite jar in-the-make is sort of exciting. Definitely a good incentive to share on Instagram.

The brand back in 2013 also wooed the Britons with this one too. 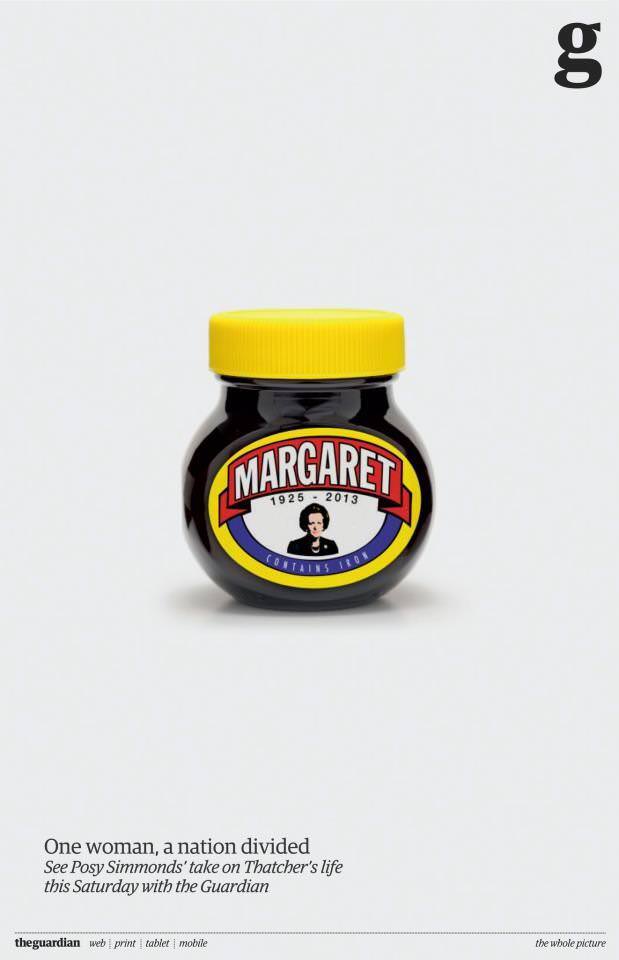 Don’t miss out the details in the label saying ‘contains iron’. (cheeky!)

Nominees for this year’s weird experiential marketing campaigns are…

Unlike any other brands, The Economist had decided to go a little quirky for their guerrilla marketing by giving out free insect-laced ice cream on the streets of London.

Chocolates with a hint of worms? Hmm…

‘How on earth did they think that will attract new readers? That surely put off most people?’

Well, the logic behind this unique experiential marketing had a deep, serious and relevant message to their publishing content: Consume less meat and eat more bugs. Because insects, unlike energy-consuming, unsustainable animal farming, could help increase food supply and feed the entire world (read more here).

Another purely weird case was IKEA.

Waking up in an IKEA showroom with some other random strangers, and being watched while eating breakfast? I don’t know about you, but I find it a little awkward.

The winner from this year?

Well, I guess it has to be Carlsberg’s ‘Probably the best poster in the world’ billboard in Brick Lane. Why? I mean… who doesn’t love free beers???