Emoji marketing or how brands are capitalising on emoji

As this year is almost coming to an end, the internet hit me with yet another interesting digital-related news – Oxford Dictionaries’ ‘Word of the Year’ has been given to a, wait for it… emoji. More precisely, half-laughing half-crying emoji.

Should we be surprised, thrilled or upset about their announcement? Depending on whom you are – a grammar nerd or Twitter addict – your reaction may vary.

Why is it so important that it was even announced the Word of the Year? (Is it even a word?)

Since emoji made its debut in the 1990s in Japan, it has steadily gained popularity. Today, the youth love emoji. Especially when it comes to communication amongst Generation Z, to whom large brands are shifting their marketing attention, emoji seems highly relevant.

Almost assuredly, it is the world’s first global language, according to The Drum (just look at this real-time emoji tracker on Twitter to see the scale).

Having spent my youth in Japan, I remember the first time I encountered with an early version of emoji called kaomoji, which looked something like this: (*・ω・)ﾉ (*translation: Hello.) Or, this fella might be more familiar if you had grown in Europe, 🙂

But time has changed.

Today there are approximately 2 billion mobile users worldwide, rendering emoji a key communication tool. (Emojis are even regarded as a legit evidence in court cases!)

What’s really fascinating about emoji is how emotions (subtle, or some even complex) are encapsulated in tiny, colourful icons. And you know the catch, emotion sells.
The recent brands’ use of emoji in marketing is the best example illustrating the scale of popularity. 2015 alone saw several notable brands capitalising on the emoji power.

From Star Wars to IKEA, many brands regardless of the industry seem to have fallen in love with emoji marketing.

Durex also wants to do emoji, in support to promote safe sex. In their cheeky video, they launched #CondomEmoji in the face of the World’s AIDS Day, appealing to the Unicode Consortium (the official peeps who make emoji)  to bring the condom emoji to life.

(“Seriously, give us a break.” said someone.)

It’s not that easy for brands to petition for a new set of emoji to persuade the people at the Unicode Consortium via Change.org website. And secondly as a consumer, it does, to some extent, have some sort of a desperate and forcible tone.

Personally, I am more impressed – both as a consumer and a marketer – to see those brands who have smartly and playfully utilised the existing emoji resource to make an impact.

For example, Coca-Cola in Puerto Rico was probably the one of the first brands to have included happy emojis in their URLs. 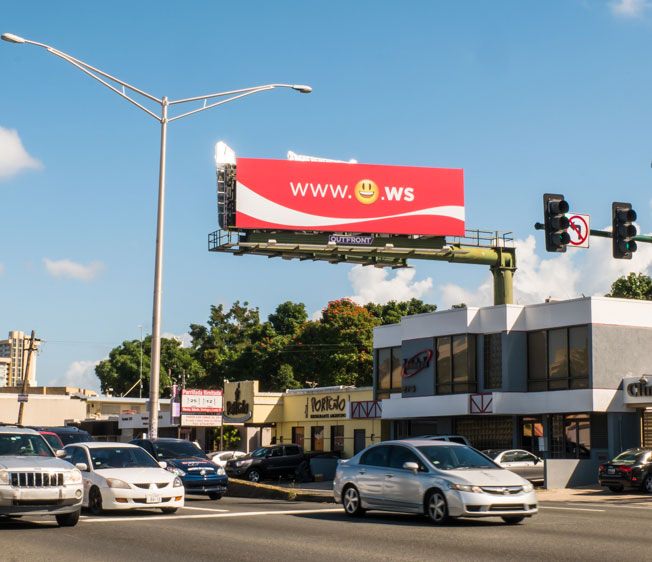 An even more excellent piece of work was done by Domino Pizza in the US. They introduced the tweet ordering, allowing pizza lovers to order by texting  #easyorder or the same emoji to Domino. How simple and exciting is that! 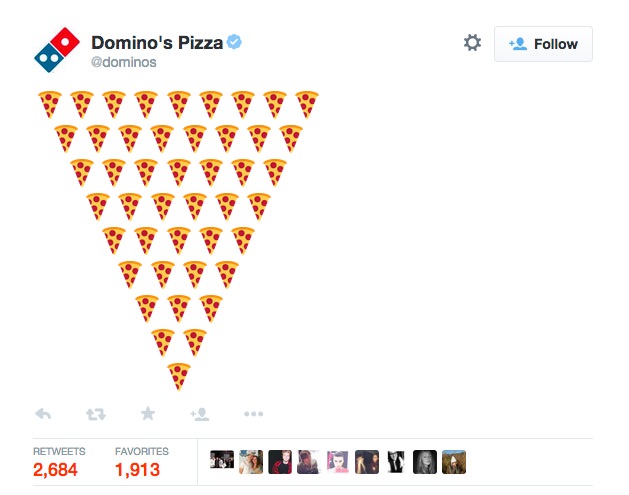 Another of our favourite by the master of B2B marketing, General Electric – ‘Emoji science’. They’ve done it again. Generating a lot of excitement for both geeks and non-geeks, featuring Bill Nye and interactive ‘emoji’ table of experiments.

Then there was WWF’s #EndangeredEmoji campaign, leveraging on 17 animal emojis representing the same endangered species in the wake of Endangered Species Day in May this year. People were asked to donate by tweeting any of the emojis (read more here). Clever!

But not every brand is getting it right. MacDonalds’ ‘vandalised’ emoji-overload billboard might be still fresh in your memory.

Emoji has come a long way. And it will most likely to evolve as we use more often.

But hey, who knows, the next generation of content marketers might be writing blog posts using emoji alone.

02/12/2015 Marketing Branding 0. Comments BY Waka
Luxury Brand Exclusivity Strategies: Effective Guide to Maintain Brand Perception..
7 Vital Sneakers Marketing Strategies For Ultimate Sales Boost..
Steps by Steps Guide to Digitally Transform Your FMCG Brands..
Millennial Shopping Trends: How Marketers Should Plan for 2023..
Marketing Strategies for Jewellery Brands: Effective Marketing Plan to Power a Winning Strategy..
Streetwear Marketing Strategy: From Market Analysis to Creating Effective Marketing Plan..
1-Click Checkout: How To Provide Your Customers A Painless Buying Experience..
Suggestive Selling: 5 Upselling Tips for Luxury Retail Brands..
Fashion Metaverse: How Luxury Brands Can Embrace the Opportunity..
7 Prime Whatsapp Marketing Strategies For Ecommerce Brands..
5 Content Marketing Tips From Entertainment Industry To Gain More ROI in 2022..
How AI In Marketing Has Evolved Over The Years To Provide Ultimate Consumer Engagement..
Fashion Email Marketing Guide to Achieve Instant Impact on Conversions..
Luxury Product Marketing Guide: Understand Your Consumer And Boost Your Marketing Results..
10 Best Types Of Social Proof Retail Brand Should Leverage..
Holiday Marketing Strategies For Retail Brands In 2020..
5 eCommerce Returns Best Practices: How To Minimize Loss Of Margin..
How COVID-19 Induced Retail's Digital Transformation..
A Safe Guide to Reopening Brick and Mortar Businesses Post COVID-19..
How Increased Convenience for Retail Consumers Garners More Sales?..
How The Pandemic Triggered Black Friday Like eCommerce Sales..
From In-Store To In-Homes: How Retail Brands Should Focus On Engaging Content?..
Curbside Pickup: What Online Retail Brands Need To Know During Coronavirus..
How Tools Like TikTok are Being Used to Exchange Positive Views and Thoughts During These Uncertain Times..
Know How These 6 Brands Are Reacting Digitally to Coronavirus..
7 Important Things to Remember When Marketing in a Crisis..
Inclusive Marketing: How Fashion Brands Can Achieve Hefty Results..
Top 10 Tips to Create In-Store Customer Experiences That’s Shoppers Love..
Purpose-Driven Marketing: How to Make an Impact with your eCommerce..
How to Use AI to Upgrade Your Retail Marketing Automation..
How to Build Customer Confidence with Merchandising and Marketing..
How to Promote Your Products Using Marketing Feature in Shopify..
How to Create a Content Strategy That Increases your E-commerce Traffic Exponentially..
Effective Tips to Create a Marketing Strategy for Luxury Brands..
7 Tips Fashion Brands Should Follow to Create Instagram Marketing Strategy..
Why Should We Partner With Influencers?..
How Influencer Marketing Is Changing Fashion eCommerce..
How to Increase Mobile Conversions with These Checkout Optimisation Tips..
10 Most Effective Marketing Strategies for Fashion Brand..
How Design Engages with the Cultural & Political Climate..
What Does Influencer Marketing Look Like in 2018?..
How Should We Measure the Success of Creative Digital Campaigns?..
How Voice Technologies will Change the World..
The Return of IRL Retail | Appear Here on Pop-up Stores & Brand Experiences..
Microsoft’s U-Turn on Axing MS Paint after Internet Outcry..
Menswear eCommerce: Finding best fitting suits made easy online..
#InstagramAlgorithm: Will the end of Instagram’s organic reach mean more brands flocking to Snapchat?..
Mobile live-streaming marketing: The fall of Meerkat..
Why big brands and boutique agencies are the perfect match..
App vs. Web: Why native app has not yet defeated mobile web...
The impact of online reviews on your business [Infographic]..