FinTech: a threat to the traditional banking industry?

FinTech’s battle against the old

Digital disruption is sweeping the UK finance industry, as the country has seen an exponential growth of FinTech businesses from a handful number to around 61,000 since 2008. With the size of Hong Kong, Singapore and Australia combined together, Britain is the FinTech capital of the world. Last year, FinTech startups have raised almost $12.4 billion from venture investments, according to Time.

Moving away from the traditional methods, FinTech presents a much more efficient, transparent and convenient way of financing using cutting-edge digital platforms. With the combination of technology, innovation and big data, FinTech firms are capable of delivering customer-centred services at a more affordable and accessible manner than the established financial institutions.  In other words, it is ‘sapping away’ the existing big players.

The rising stars of FinTech

To understand how FinTech businesses ‘disrupt’ the market, here are a few examples of emerging FinTech leaders. 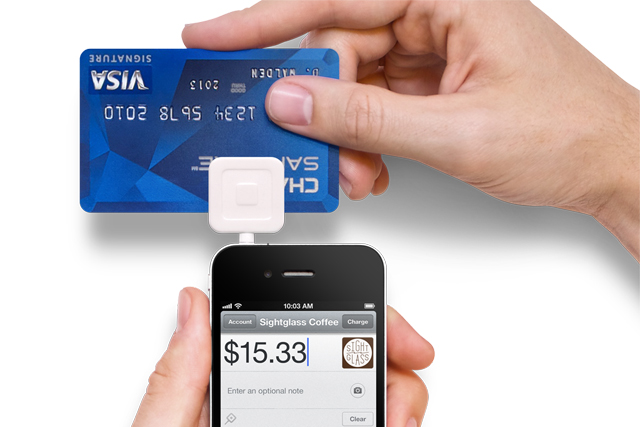 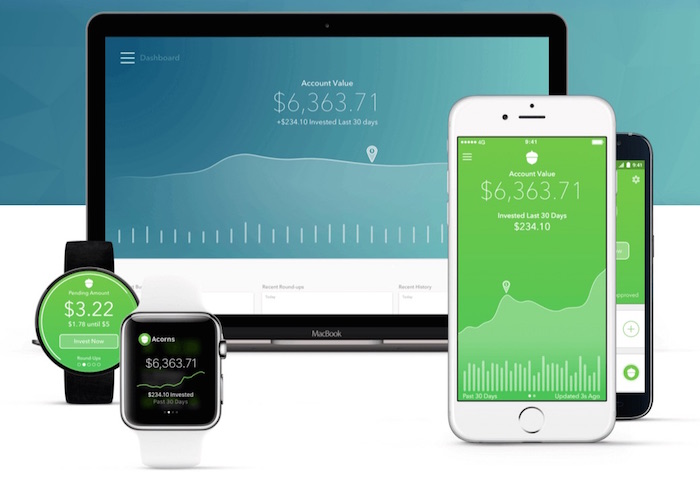 Ok, so how have financial institutions reacted so far?

The financial digital revolution will unquestionably alter our relationships with the banks. But its impact on the big players is not black and white. Nevertheless, the traditional banks have reacted to recover profits and mitigate threats of FinTech businesses by ‘charging more for low-margin services, closing bank branches to cut cost, acquiring FinTech companies’, according to the Time.com.

Not to mention that such approach will hard hit the low-income households, it will unlikely to reconnect to the customers, particularly the millennials who are shifting away from banks to FinTech firms. Having said that, that has not yet rendered banks obsolete or irrelevant.

Accenture’s report has predicted two possible scenarios in the face of better, faster and cheaper Fintech services that have been quickly adopted by organisations and consumers.

Scenario 1: Digitally Disrupted – as banks lose their profitability to the more effective FinTech companies in the digital age, they will continue to offer a product-based sales approach rather than to improve the customer experience.

scenario 2: Digitally Reimagined – banks will increasingly integrate innovations at the business model level. Their focus will shift from asset monopolies to improving a customer’s life.

As digital is an inherent part of our life, banks will need to embed and implement their digital strategies more promptly and effectively, which inevitably involve some drastic changes at the organisational level. However, the same survey also revealed that ‘four out of five respondents felt that when it came to culture and talent, they were only “somewhat” or “minimally” equipped for the digital age’.

So now, what and how can a bank gear its future towards the second scenario? According to the same report, here are the three key points:

The rise of FinTech companies will somehow likely to affect the profitability of well-established banks. They’re more efficient, innovative and transparent, making it much easier to connect with customers. The future of banks will depend on the synergy of new technologies and their underlying competitive advantage, ie, customer insights (or big data), to recoup the profitability.

14/03/2016 Mobile Apps, Technology Disruptive Innovation, FinTech, Finance, Innovation, Mobile Apps, Square, Technology 0. Comments BY Waka
Fashion Metaverse: How Luxury Brands Can Embrace the Opportunity..
Ultimate Personalization: How 3D Printing is reshaping the Luxury Fashion Industry..
7 Gen Z Marketing Strategies For Retail Brands To Ace Brand Loyalty In 2022..
What Retail Brands Must Know About The New AR Video Call Filters On Facebook..
How Robotic Fulfillment Technology is Changing The Supply Chain..
11 Technology Trends Retailers Ought To Know In 2022 For Prime CX..
Virtual Try-on Makeup: What Google's New AR Feature Means for Luxury Cosmetic Brands..
Product Demand Analysis: How To Determine Market Demand For A Product Using Technology..
How Tools Like TikTok are Being Used to Exchange Positive Views and Thoughts During These Uncertain Times..
Live Video-Based Commerce: How Retailtainment is Next Big Thing..
Sustainability in Luxury Fashion: Top Brands and Their Sustainable Practices..
10 Trends That Will Help Your Luxury Fashion Brand Stand Out in 2020..
Top 50 Retail Innovation Statistics That Helps You to Plan for 2020..
How Effectively Can Data Analytics Scale Up Your Fashion eStore..
How to Use AI to Upgrade Your Retail Marketing Automation..
How to Grow Your B2B eCommerce Store by Using AI..
Effective Tips to Increase Commerce Conversion Rate Through Mobile App..
How 3D and AR eCommerce Revolution can drive ROI..
5 Ways You can Accelerate Your eCommerce Business with Reality Technology..
How Visual AI is Transforming eCommerce..
Should I update my site to WordPress 5.0: Key consideration before updating..
What Tech Startups are Worth Watching in 2019?..
What Is Augmented Commerce and How Can It Help Boost Sales?..
10 eCommerce Retail Industry Trends & Predictions for 2019..
Essential Guidelines to Follow When Designing a Voice User Interface..
How Visual and Voice Search Will Change Fashion eCommerce..
The True Value of Bitcoin: Blockchain..
How Voice Technologies will Change the World..
5 Free, Easy Ways to Organically Boost Instagram Engagement..
Does fashion need to re-evaluate its obsession with data?..
App, emoji and VR: How beer marketing taps into the digital zeitgeist..
Fitness tracker market – Can it become mainstream?..
Is Yahoo doomed? – Shifting focus on valuable content marketing..
How technology is simplifying online grocery shopping...
Are cultural hurdles the biggest challenge to self-driving cars?..
The immersive luxury retail experience: Burberry, Fendi, Givenchy & Marc Jacobs..
#InstagramAlgorithm: Will the end of Instagram’s organic reach mean more brands flocking to Snapchat?..
Mobile live-streaming marketing: The fall of Meerkat..
#UX / When are hamburger menus the best navigation solution?..
News apps and UX – who is the winner?..
Technology and online dating: The new normal in match-making...
Uber vs. Lyft – The mayhem of on-demand ridesharing economy?..
The Fourth Industrial Revolution: Davos on the future of business, work and commerce...
Sustainable fashion: No marketing gimmick, feat. Adidas, Auria and Katie Jones..
What makes a good airline website? The one with less stress and more fun...
App vs. Web: Why native app has not yet defeated mobile web...
Solutions to ad-blocking? Easy, UX and GOOD content...
Ten smart experiential marketing campaigns we’ve seen in London...
Fashion and VR: Who’s the real game changer? feat. Tommy Hilfiger, Rebecca Minkoff & Rigby and Peller..
Five ways Magento 2 will benefit the retailers..
10 latest trends in beauty web design and digital marketing [Part.1]..
Luxury mobile apps: essential or optional?..
So you Googled Digital Agency London, but how do you pick the right digital partner?..
AI in content marketing: Is it killing the human-driven creative sector?..
The return of bricks and mortar? Startups leveraging omni-channel retail strategies..
Hospitality services in the digital age: Leveraging technology for better customer experience..
Food and technology: The impact of digital on food business...
Fashion and technology II: Combining tradition and innovation..
Digital Marketing Review / Best of the Week..
Will we see more apps like Uber? 3 trends that will define the future of sharing apps...
Tiger and Muji prove brick-and-mortar stores are far from dead...
Selfie gadgets that will take the trend to the next level in 2015...
The apps we used the most in 2014...
Fashion and Technology: Can smartwatches make the fashion statement too?..
Oculus VR The future of digital marketing..
This week in social media: People’s reaction to iPhone 6 & the Apple Watch..
5 smart apps to make the most of your summer...
Uber, Airbnb, and the sharing economy – the ultimate solution?..
The generation of me, myself and I – Me-commerce will remain strong. [Infographic]..
Wanna get a sneak peek at a stranger’s life? – Use 20 Day Stranger App...
Skype Launches Free Group Video Calling Service (Finally!)..
5 Online Tools That Will Make Your Life & Your Job Easier...
The Weekly Infographic: Recent Tech Company Acquisitions..
The Future of In store Shopping Experience The Blurring Line between Physical Virtual..
#RIPMSN and no more ‘brb’ – How MSN Messengers shaped Generation Y..
The future of social media? Look at dating sites. No, seriously...
3 reasons we are VERY excited – app can change EVERYTHING!..
Witty Twitter Wars / Feat. Apple, Lotus, the Royal Family and toilet paper...
9 gadgets to have in office RIGHT NOW / Feat. trans-floor slides, Ferrari chairs, and more...
Web Design Now: Digitise EVERYTHING..
R.I.P. Tumblr or: How Yahoo! Just Killed the Kids’ Favourite Social Network..
Facebook Graph Search: a guide for brands and Page admins. Plus, everything you did before will be used against you...
Google Street View maps the Grand Canyon? Cool. ‘The Nine Eyes of Google Street View’? AMAZING...
Felix Baumgartner’s supersonic space jump / A collection of the best memes...
Marketing gone bananas / Fake Apple store in China: ‘iPhone 5 – because you have more money than sense.’..
Fixed gear bicycles and luxury brands / $500k for a bike? Yep. And you have to change the tubes yourself...