Fitness tracker market is taking off

The recent forecast says that the wearable market will reach 7.1 million units just in Western Europe. The numbers appear less significant compared to the sales of smartphones. Yet, the statistics indicate the growing trend ahead as more and more people are showing interests in spending on wearables (via The Verge). Despite the average price increase, the sales are skyrocketing and demand is obviously swelling.

But there seems like a clear winner and loser within the wearable industry – fitness trackers and smartwatches, respectively. While the fitness tracker market is estimated to almost triple from the point in 2014, to $5.4 billion by 2019 (via wearable.com). Despite all the hype surrounding Apple Watch during the previous years, the situations for two markets have totally flipped around.

Will fitness trackers dominate the market?

Today, fitness trackers are not just about pursuing a healthy lifestyle and flaunting a stealthy wealth. Fitbit, currently dominating almost 80% of the activity tracking market, is also trying to break into the genre of fashion. It now features a Tory Burch branded line of products. 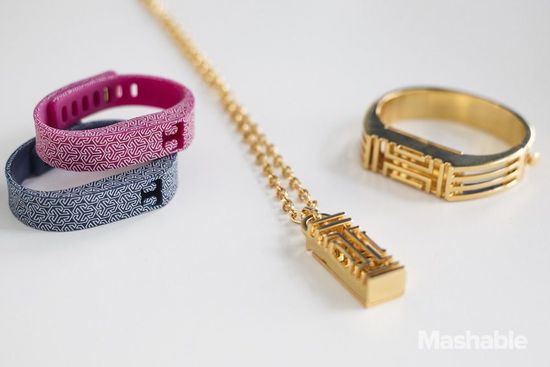 But is our fitness craze something temperamental? Does that mean that the sales for activity trackers will eventually fade away?

Its success can be partly attributed to the failure of much-hyped smartwatches. Despite the variety of functions ranging from GPS navigation to video conferencing and health / activity tracking, smartwatches just didn’t really live up to people’s expectations. Generic Levitra effectiveness reviews read on http://www.noc2healthcare.com/levitra-generic/. While many predicted that the rollout of Apple Watch would shake Fitbit market share in 2015, Fitbit still is showing a strong sales record.

And fitness trackers offer much more accurate and detailed data when it comes to monitoring and analysing. Not to mention that it’s easier to use and set up. While some devices are often used to monitor baby movements, others are used for independently living elders (via statista). Not to mention that many of them cost much lower than smartwatches, it wouldn’t be unsurprising to see prices dropping as a result of increased competitions as more companies try to seize the opportunity in the fitness tracking market.

But, of course, fitness tracker market has its own challenges

Just like a new year’s resolution or gym membership, one of the major challenges facing fitness trackers boils down to the human habits. More likely than not, many owners are not necessarily wearing their activity trackers after a couple of months. fitness-tracker-market-can-it-become-mainstream The fate of many trackers include ending up deep in the back of junk drawers, or being sent far away relatives, says the Atlantic. Endeavour Partners’ research estimates that about one-third of trackers get abandoned after 6 months.

‘And a third of them do their stopping within six months of the devices’ purchase. The disillusionment may be due, on the one hand, to the fact that many of the devices currently on the market—particularly the ones priced around $100, which are often given as gifts—track steps at the exclusion of other fitness activities, making them incompatible with weight training and Crossfit and other trendy fitness activities.’ – from Endeavour Partners via the Atlantic.

The bottom line is that activity trackers are here to track your activities. They’re not here to change your behaviours. Do high drop-out rates affect their potential sales? Will they affect the $8.6 billion market valuation of Fitbit? What most likely to happen is the second-hand trackers going around someone’s family or friend circle. But as far as reviews and word of mouth are concerned, fitness trackers will need to constantly improve the features and functions to keep users motivated. Unlike smartphones, trackers tend to hit a peak where users find the same kind of information and data over and over again. S0me even think that the data collected and shown by trackers can even take the fun out of fitness.

(Image by Atlas Green via Unsplash)