Will we see more apps like Uber? 3 trends that will define the future of sharing apps.

How will apps of the future evolve?

It is impressive how many times Uber has been on the top news since its launch in 2008. And here we are, talking about Uber again. Notwithstanding some regulation and political controversy, Uber have definitely topped the list of apps downloaded and it is now valued at more than US$40 billion.

So will there be an avalanche of apps like Uber from now on? Some say apps of the future will be defined by ‘’It’s like Uber for [insert here any kinds of service you want].’’ Let it be a dry cleaning service or dog walkers, we may see fast and easy delivery apps that will enable suppliers to earn some petty cash while customers go completely cashless.

So what trends will shape the future of sharing apps?

As global distribution of wealth becomes more and more polarised, we will see the concept of sharing economy booming. According to PwC’s projection, the UK sharing economy could be worth up to £9 billion a year by 2025. But before Uber go about offering affordable taxi rides, the business has to feed itself too. So let’s not to forget their most remarkable innovation: smart (or you may call it sneaky) pricing algorithm.

If you haven’t used the app before, I’m afraid to tell you that Uber is not exactly an alternative to expensive cab services. Rather, it uses something called ‘’surge pricing — meaning that during times of high demand, Uber raises its prices, often sharply”. Or some may simply call it price gouging. However price differentiation has always been and will always be around – as long as capitalist market persists.

The logic is simple: it will cost you to hire a cab at the midnight of Christmas with a snowstorm on its way. It is the core mechanism allowing the demand and supply, a.k.a., users and drivers to find the equilibrium point quickly and effectively so that the service is available anytime. Despite all the customer complaints, their algorithm allowing this dynamic pricing is the powerful profit force behind their app.

Any app businesses need to go global to some extent. But, as proven by apps like Uber, the service that works in a country cannot always be replicated in another.Particularly for sharing apps that are often subject to disputes, they will need to tweak their services according to each cultural and regulatory context.

For example, Uber has taken some more localised approach in some countries like Germany as it tagged with Munich-based Carpooling to provide people with better access to longer distance rides.  Meanwhile in New York, it has launched a new courier service called UberRUSH where the app users can deliver small packages from one place to another. Similarly, Uber is taking a more ‘’conciliatory approach’’ in Japan where taxi service is more prevalent and generally good quality. Interestingly Uber registered their service as a travel agency instead of as a taxi service, and has partnered with local Taxi provider to allow customers to book a cab using Uber. Finally the recent news has confirmed that they even do puppy-deliveries to offices in selected American cities. 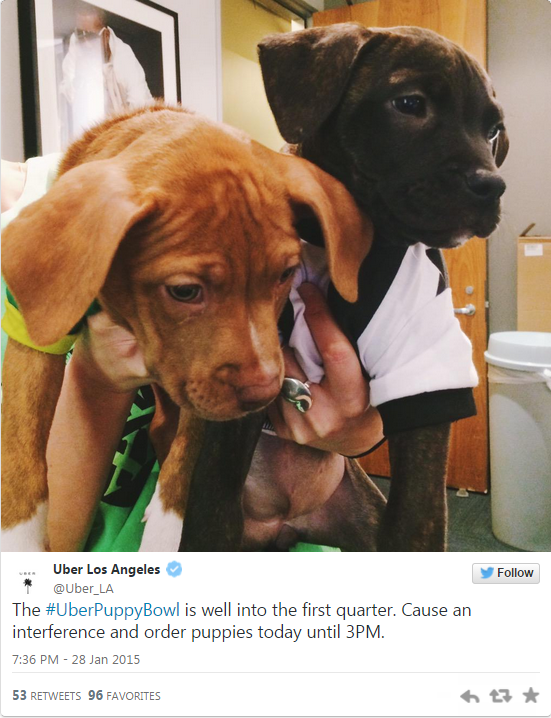 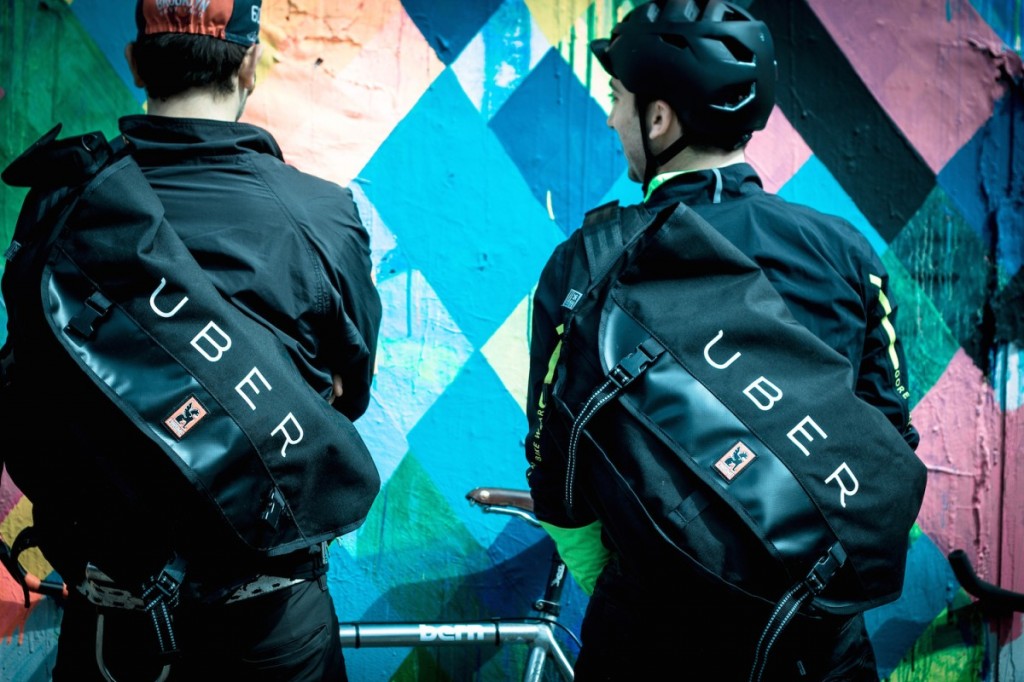 It’s been a long-standing question with no clear solution. When it comes to sharing apps, safety comes to the top priority for many. But we may be coming to reach a more feasible solution like this one: AsterRide whose InstaAlert feature is ‘designed to help passengers notify friends or family that they’re in a taxi and to send an update once the rider arrives at a destination in one piece’. These apps feature panic buttons and passenger tracking to minimise the potential risks while also looking to increase the security check of drivers and creating ‘all-female drivers fleets’. Though the company is still small in scale, apps with a safety alert functionalities may hold the answer to the safety debate.

So, will we see more service-centred apps?

Some say we are in the age of apps functioning as service providers. So the answer is likely to be positive. Besides they will soon become easier and intuitive to use – in a sense we won’t need apps in a form of chunky bulky square. Rather, they will soon act as notifications automatically open itself and inform you about the real-time services based on locations, history of use and so on.

08/02/2015 Technology Apps, Technology, Uber 0. Comments BY Waka
15 Most Impactful Ways of Transforming your eCommerce Business in 2023..
Retail Digital Transformation: Key Trends and Innovation Retailers Should Know..
Fashion Metaverse: How Luxury Brands Can Embrace the Opportunity..
Ultimate Personalization: How 3D Printing is reshaping the Luxury Fashion Industry..
What Retail Brands Must Know About The New AR Video Call Filters On Facebook..
How Robotic Fulfillment Technology is Changing The Supply Chain..
11 Technology Trends Retailers Ought To Know In 2022 For Prime CX..
Virtual Try-on Makeup: What Google's New AR Feature Means for Luxury Cosmetic Brands..
Product Demand Analysis: How To Determine Market Demand For A Product Using Technology..
How Tools Like TikTok are Being Used to Exchange Positive Views and Thoughts During These Uncertain Times..
Live Video-Based Commerce: How Retailtainment is Next Big Thing..
Sustainability in Luxury Fashion: Top Brands and Their Sustainable Practices..
Top 50 Retail Innovation Statistics That Helps You to Plan for 2020..
How Effectively Can Data Analytics Scale Up Your Fashion eStore..
How to Use AI to Upgrade Your Retail Marketing Automation..
How to Grow Your B2B eCommerce Store by Using AI..
How 3D and AR eCommerce Revolution can drive ROI..
5 Ways You can Accelerate Your eCommerce Business with Reality Technology..
How Visual AI is Transforming eCommerce..
Should I update my site to WordPress 5.0: Key consideration before updating..
What Tech Startups are Worth Watching in 2019?..
What Is Augmented Commerce and How Can It Help Boost Sales?..
10 eCommerce Retail Industry Trends & Predictions for 2019..
Essential Guidelines to Follow When Designing a Voice User Interface..
How Visual and Voice Search Will Change Fashion eCommerce..
The True Value of Bitcoin: Blockchain..
How Voice Technologies will Change the World..
5 Free, Easy Ways to Organically Boost Instagram Engagement..
Does fashion need to re-evaluate its obsession with data?..
Fitness tracker market – Can it become mainstream?..
Is Yahoo doomed? – Shifting focus on valuable content marketing..
How technology is simplifying online grocery shopping...
Are cultural hurdles the biggest challenge to self-driving cars?..
The immersive luxury retail experience: Burberry, Fendi, Givenchy & Marc Jacobs..
FinTech: a threat to the traditional banking industry?..
News apps and UX – who is the winner?..
Technology and online dating: The new normal in match-making...
Uber vs. Lyft – The mayhem of on-demand ridesharing economy?..
The Fourth Industrial Revolution: Davos on the future of business, work and commerce...
Sustainable fashion: No marketing gimmick, feat. Adidas, Auria and Katie Jones..
Solutions to ad-blocking? Easy, UX and GOOD content...
Ten smart experiential marketing campaigns we’ve seen in London...
Fashion and VR: Who’s the real game changer? feat. Tommy Hilfiger, Rebecca Minkoff & Rigby and Peller..
Five ways Magento 2 will benefit the retailers..
So you Googled Digital Agency London, but how do you pick the right digital partner?..
AI in content marketing: Is it killing the human-driven creative sector?..
The return of bricks and mortar? Startups leveraging omni-channel retail strategies..
Hospitality services in the digital age: Leveraging technology for better customer experience..
Food and technology: The impact of digital on food business...
Fashion and technology II: Combining tradition and innovation..
Digital Marketing Review / Best of the Week..
Tiger and Muji prove brick-and-mortar stores are far from dead...
Selfie gadgets that will take the trend to the next level in 2015...
The apps we used the most in 2014...
Fashion and Technology: Can smartwatches make the fashion statement too?..
Oculus VR The future of digital marketing..
This week in social media: People’s reaction to iPhone 6 & the Apple Watch..
5 smart apps to make the most of your summer...
Uber, Airbnb, and the sharing economy – the ultimate solution?..
The generation of me, myself and I – Me-commerce will remain strong. [Infographic]..
Wanna get a sneak peek at a stranger’s life? – Use 20 Day Stranger App...
Skype Launches Free Group Video Calling Service (Finally!)..
5 Online Tools That Will Make Your Life & Your Job Easier...
The Weekly Infographic: Recent Tech Company Acquisitions..
The Future of In store Shopping Experience The Blurring Line between Physical Virtual..
#RIPMSN and no more ‘brb’ – How MSN Messengers shaped Generation Y..
The future of social media? Look at dating sites. No, seriously...
3 reasons we are VERY excited – app can change EVERYTHING!..
Witty Twitter Wars / Feat. Apple, Lotus, the Royal Family and toilet paper...
9 gadgets to have in office RIGHT NOW / Feat. trans-floor slides, Ferrari chairs, and more...
Web Design Now: Digitise EVERYTHING..
R.I.P. Tumblr or: How Yahoo! Just Killed the Kids’ Favourite Social Network..
Facebook Graph Search: a guide for brands and Page admins. Plus, everything you did before will be used against you...
Google Street View maps the Grand Canyon? Cool. ‘The Nine Eyes of Google Street View’? AMAZING...
Felix Baumgartner’s supersonic space jump / A collection of the best memes...
Marketing gone bananas / Fake Apple store in China: ‘iPhone 5 – because you have more money than sense.’..
Fixed gear bicycles and luxury brands / $500k for a bike? Yep. And you have to change the tubes yourself...