“I made lemon spaghetti in an early season of ‘Everyday Italian,’ and to this day people still come up to me and say they love it. It’s very, very simple. Basically, you cook the pasta and mix together Parmesan cheese, olive oil, lemon juice and zest and pour it over the pasta.”

My Italian nonna wouldn’t get it: “Why would you go on TV with a recipe so silly even a baboon could come up with?”
But my grandma didn’t hold a master’s degree in business administration and media wizardry, therefore she couldn’t realise that the simplest Italian pasta recipe, and the American legendary selling skills, together can achieve greatness.

Recently, in a rare interview, Miuccia Prada has been singing the Blues, claiming that ‘Made in Italy no longer guarantees success’.
”Success in fashion today very much depends on how connected the designer is to culture and the arts, and a social climate which sustains it” said the fashion designer. ”Here in Italy, we have an immense cultural heritage but the country has been failing to promote it abroad.”
The song’s aching final verse: ”I understand the conservative approach of many Italian intellectuals who strive to preserve the patrimony, but resisting modernity can be as damaging. A system needs to be recreated, conceived.”

Right. Someone in Rome, a few years ago, told me: “You know why tourists like the Colosseo? Because it’s falling apart. If you restore it, they won’t like it no more.”
Fair enough, I thought; still I do not get why Italians think that there’s nothing in between new plastic soulless stuff and old crumbling stone. This applies not only to buildings, but to everything that is Made in Italy. I understand Miuccia’s Blues, as I sing it myself.

There must be a cure, though. Apparently, once again, mash-ups will save the world. In this case, the combination of Italian style, and a foreign owner / CEO / leadership seems like the right cocktail. 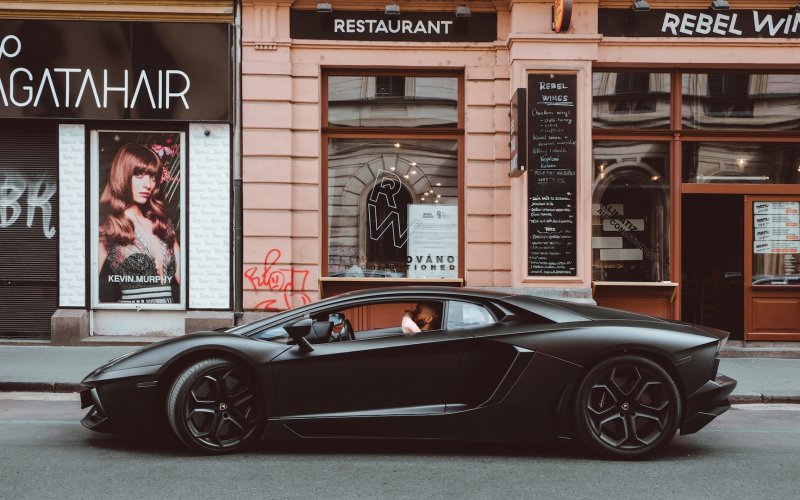 There is no need for an introduction here.
In 1999, AUDI AG (part of the Volkswagen Group) bought the iconic luxury sports cars manufacturer. Many were outraged, but the truth is the brand is now selling more than ever.

And the man behind this success is President and CEO Stephan Winkelmann, born in Berlin, and raised in Rome.

From ‘A Discussion with Lamborghini’s Stephan Winkelmann’ (Boyden):

‘Boyden: In your company, how do you view merging the distinct Italian and German cultures?

Winkelmann: Of course, we have much more than just two cultures here at the company. But it is clear that you have to get the strength out of the different cultures and let them work together. To make this work well you have to have open-minded people with a multicultural mindset even if they have roots in Italy, Germany or wherever, so that they will take a brand-focused and not a regionally focused approach. They have to love the place they’re in. When we hire people this is one of the pre-conditions.

Boyden: Having both German and Italian roots, what do you most enjoy from each culture?

Winkelmann: From the Italian culture it’s pretty easy — it’s the creativity and the passion they have, as well as flexibility. For me, on the German side, it’s reliability, the level of organisation you get out of even large units, and the precision in the things they do.’

Winkelmann is also well-know for his sense of style, and made it to MR PORTER’s “style icons” list, for ‘He is distinguished by his slim bespoke suits, spread-collar shirts, artfully dimpled Neapolitan ties and a penchant for brown suede shoes.’

Since then, things have changed; the title of an article published by Forbes last year says it all: “Bulgari Sales Up 23%”
Again, the big guys come from an international background: the CEO – Bernard Arnault – is French, while Managing director Antonio Belloni is Italian.

Got it?
Portrait of Louis Vuitton as a young man (with scary eyes).

Although football teams cannot be considered luxury brands, they are becoming the next big thing, when it comes to the mega-riches wish list.

The fashion was set by Roman Abramovich, who bought Chelsea F.C. in 2003, then others followed, from Abu Dhabi United Group Investment and Development Limited taking over at Manchester City F.C. to the weirdest case, FC Anzhi Makhachkala, purchased in 2011 by billionaire Suleyman Kerimov; the team features some well-known world class champions, among them Roberto Carlos and Samuel Eto’o, which earns €20.5 million a year. The funny thing is the players live and train near Moscow – for security reasons – then fly in for home matches; according to the BBC, the players are “flying about 1,000 miles (1,600 km) 15 times a season” for the home games.

Therefore, football teams are now, more then ever, becoming global brands; A.S. Roma has always been the team of the Roman working class, since its birth in rione Testaccio, home of slaughterhouses and butchers.
Then, last year, the Americans took over; from the New York Times: ‘Joseph Tacopina, the high-profile, soccer-mad New York criminal defense lawyer, was taking in a soccer game seven years ago involving the team that has been a lifelong obsession — A.S. Roma. “The scoreboard didn’t work; I wanted to buy my children some jerseys, but there were none on sale; and it was dirty,” he said. “I started writing notes to myself on a napkin that had been around a flatbread sandwich. Why not find a group to buy it?”’

Now, things are changing quite quickly. The team’s Facebook page, for instance, is very well done: bilingual (Italian and English) and quite engaging, it attracts 1.3 million fans from all over the world.
As usual, someone was upset by the news; Rome’s mayor Walter Veltroni, for instance, said: “I will do my best to make sure Roma remains for the Romans.”

This brings us back to Miuccia’s Blues.