News apps and UX – who is the winner?

The remaking of newspaper industry

If it’s true that social media has virtually revolutionised how we interact with one another, then it is no surprise that the way in which we consume news has also shifted.

Recently, the Independent has announced its plan to go digital-only in the near future:

“The newspaper industry is changing, and that change is being driven by readers. They’re showing us that the future is digital. This decision preserves the Independent brand and allows us to continue to invest in the high-quality editorial content that is attracting more and more readers to our online platforms.“ – Evgeny Lebedev, owner of The Independent (via The Independent).

Most assuredly, ubiquitous smartphones have reshaped how news is consumed and circulated. But today’s digital readers are facing a dilemma: among the thousands of news sources on the Internet, what is the most efficient way of keeping up with the most relevant pieces of information in the limited space of time?

From website to email marketing, one of the most common threads across digital channels is personalisation. And news apps are not lagging behind. BBC has revamped its app early last year to accommodate this ‘need’ to personalise for a better user experience. 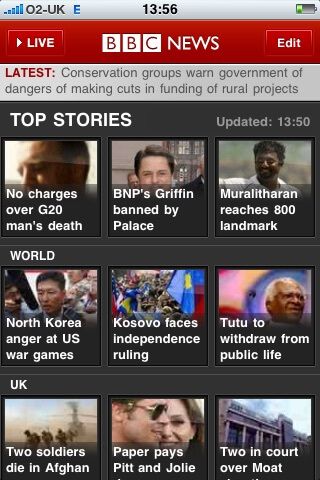 As with many other apps, BBC app has abandoned content-heavy design by substituting with more white spaces and large imagery (via Experience UX). In addition to Top Stories, users can personalise their newsfeed by following particular themes, countries and even political figures. Depending on their choices, users then can easily find the most relevant local news on their newsfeed. Unlike the older version, the interface is also rife with more videos and images, making the app more ‘attractive’.

Having said that, we can’t help but notice some pitfalls of personalisation-focused BBC News app. In addition to the broad categories to choose from, the app doesn’t quite get a grasp of the fundamental mobile user habits.

For one thing, it is lacking in efficiency. As a commuter, I’d often try to quickly scan over the top stories of the day without going into too much detail, which is not very easy to do on apps like BBC and Flipboard app where endless scrolling is inevitable.

The new era of news apps?

‘Don’t have time to read everything? What about we text you the most important stories twice a day?’

Yahoo News Digest and Quartz app want to help you get out of the information overload headache by offering you text/message style news. As almost everyone uses messaging apps these days, it is no wonder why we should read about what’s happening around the world in the most efficient and succinct way possible. 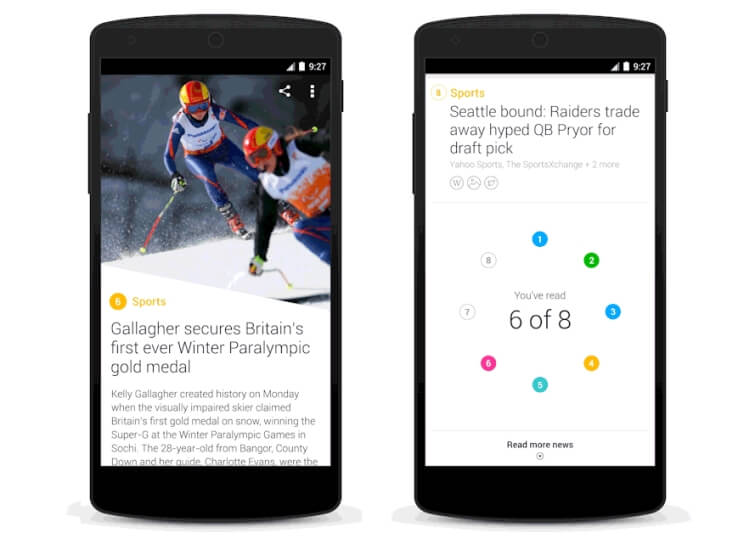 Yahoo News Digest, for example, sends you ‘curated digests of 7-10 articles each day: once in the morning and once in the evening’. From the Business Insider, “the articles pull from multiple sources, including essential factual nuggets called “atoms” that give all you need to know in a beautiful format”. Leveraging on a combination of algorithms and human editors, the app’s push notification at optimised hours of the day.

The downside of this, of course, is the lack of personalisation over ‘strict curation’ where every user in the same country will receive the same digest. But for some busy commuters who want to get a gist of the top news, this would be quite enough.

Quartz has also recently announced its first mobile news app, putting an end to an endless scrolling feed. Quartz, instead, sends you texts of ‘curated stories mixed with GIFs and emojis’, says the Verge. 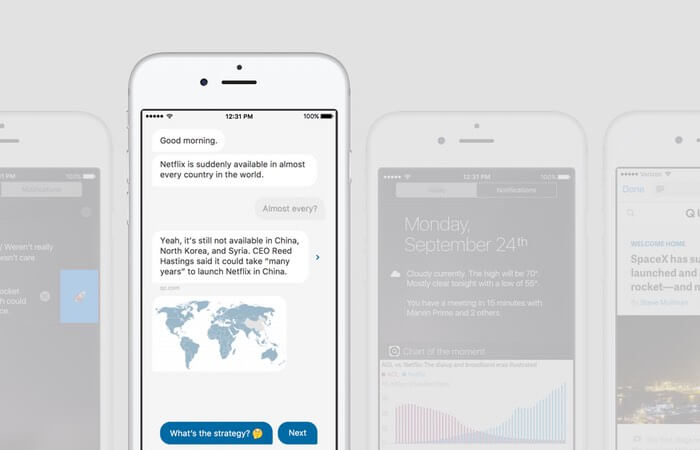 Quartz uses notifications as well as a ‘Today widget’ to deliver news without having to open the app itself. Also users can – sort of – have a conversation with the news, instead of browsing and scrolling the articles.

“The thought was that this would tell you, like, this is an app meant to be consumed entirely outside the square icon.” noted Zach Seward, Quartz’s executive editor. The idea behind the app is quite straightforward: curated news delivered in a most consumable, speedy and interactive way possible.

So we have some news apps focused around personalisation at one hand, and others making sure you’ll receive the news in the most convenient manner at the other. We don’t think there should be a unified format for every news app. For some users, using both types of news apps would enable them to skim over the global news while read a selected news in details.