Despite Tumblr’s ‘artsy and hipster appeal’, a big chunk of their users are – paradoxically – the wealthiest among any other social media users except LinkedIn.

What’s does that mean for retailers?

Here is the thing: they’ve got disposal income.

‘A retail referral from a Tumblr link is more valuable than a referral from Facebook, Twitter and Pinterest.’  While the platform is comparatively small, its potential impact on sales shouldn’t be overlooked.

However retailers will need to understand the interests and shopping habits of Tumblr’s high-end users. An average Tumblr user tends to be well-educated, young urban ‘bohemians’. They love something contemporary and trendy, rather than the mainstream kinda thing.

More interestingly, more than half of them have bought something they’ve seen on Tumblr and about 90% of those “have been inspired to buy something.”

Besides they are likely to come back to the blog of ‘inspirations’.

If that’s the case, the crucial question should be – what is an inspirational Tumblr blog? Well, these shoe brands know exactly how to inspire their users.

Yes – your Tumblr users might be posher than others. But you still want to appeal ‘approachable’ while keeping your products exclusive and unique.

Vans know who they are talking to, and the language they are using. They know their fans and their lifestyle, which is pretty much defined by skateboards, surfing, bikes, punk rock and street art. (Or those who wanna be Jesse Pinkman.)

So Vans Off the Wall is full of motion and movement with a good use of GIFs and images. A badass kid on skateboard in Brooklyn with a cool trucker hat, or fearless surfers taking on big waves – those who would love to wear Vans. Those who would consider Vans sneakers as essentials in their life. 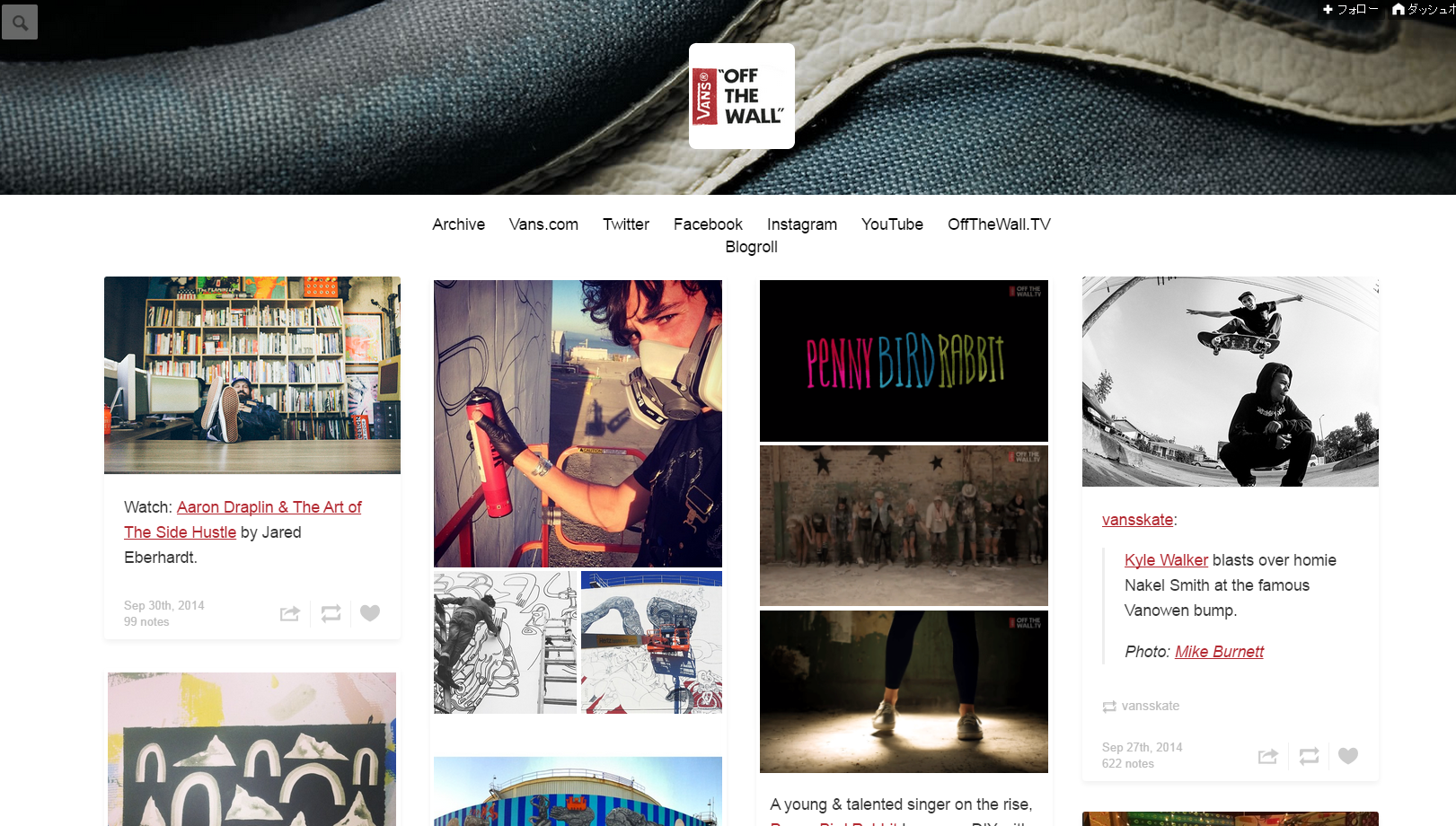 Skate. Punk Rock. The Streets. No more no less.

So their Tumblr focuses on:

If Vans are going after the quintessential skater lifestyle, then New Balance’s Tumblr is for other kinds of cool kids. Those who are more into fashion, and perhaps less sporty.

NBClassic is more contemporary and transverse. New Balance sneakers are flexible and adaptable to whatever you are wearing. Whether you are carrying luxury bags or wearing a trench coat, New Balance fits your style very well. Just look at the range of colours and patterns you can choose from.

Sneakers are not just for sports. They are also fashion. 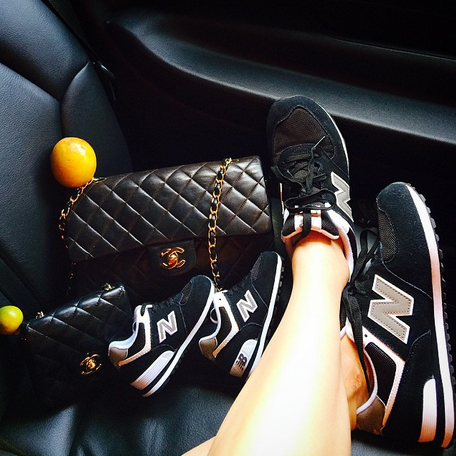 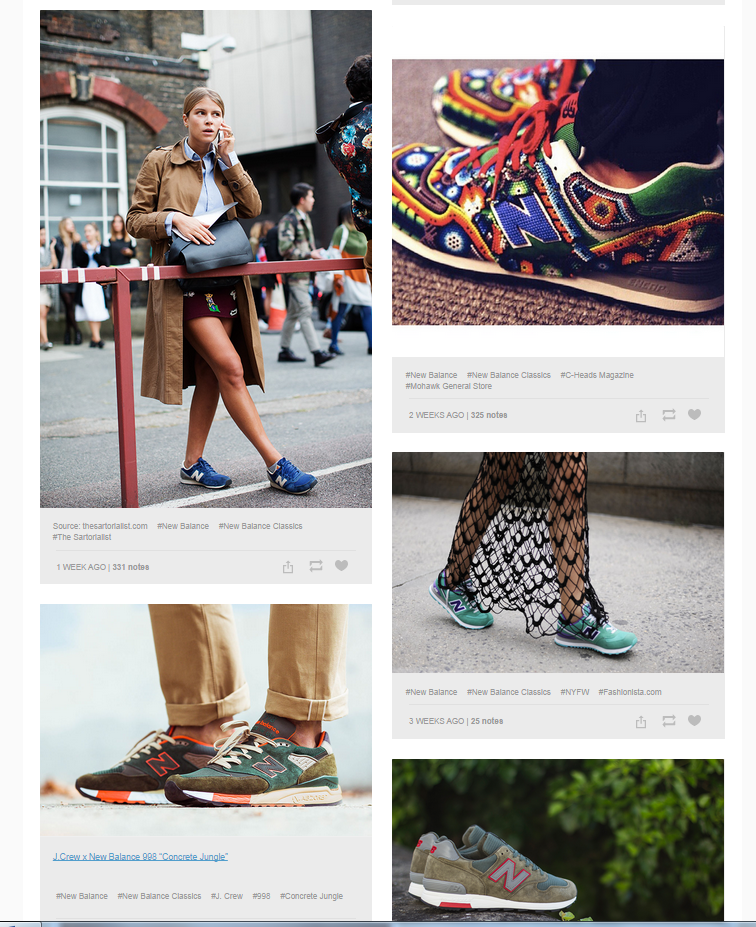 So their Tumblr focuses on:

Finally we’ve got Onitsuka Tiger. Having been founded in 1949, it is one the oldest shoe brands in Japan. So their Tumblr blog has a strong focus on ‘heritage’ featuring cool vintage and retro imagery. 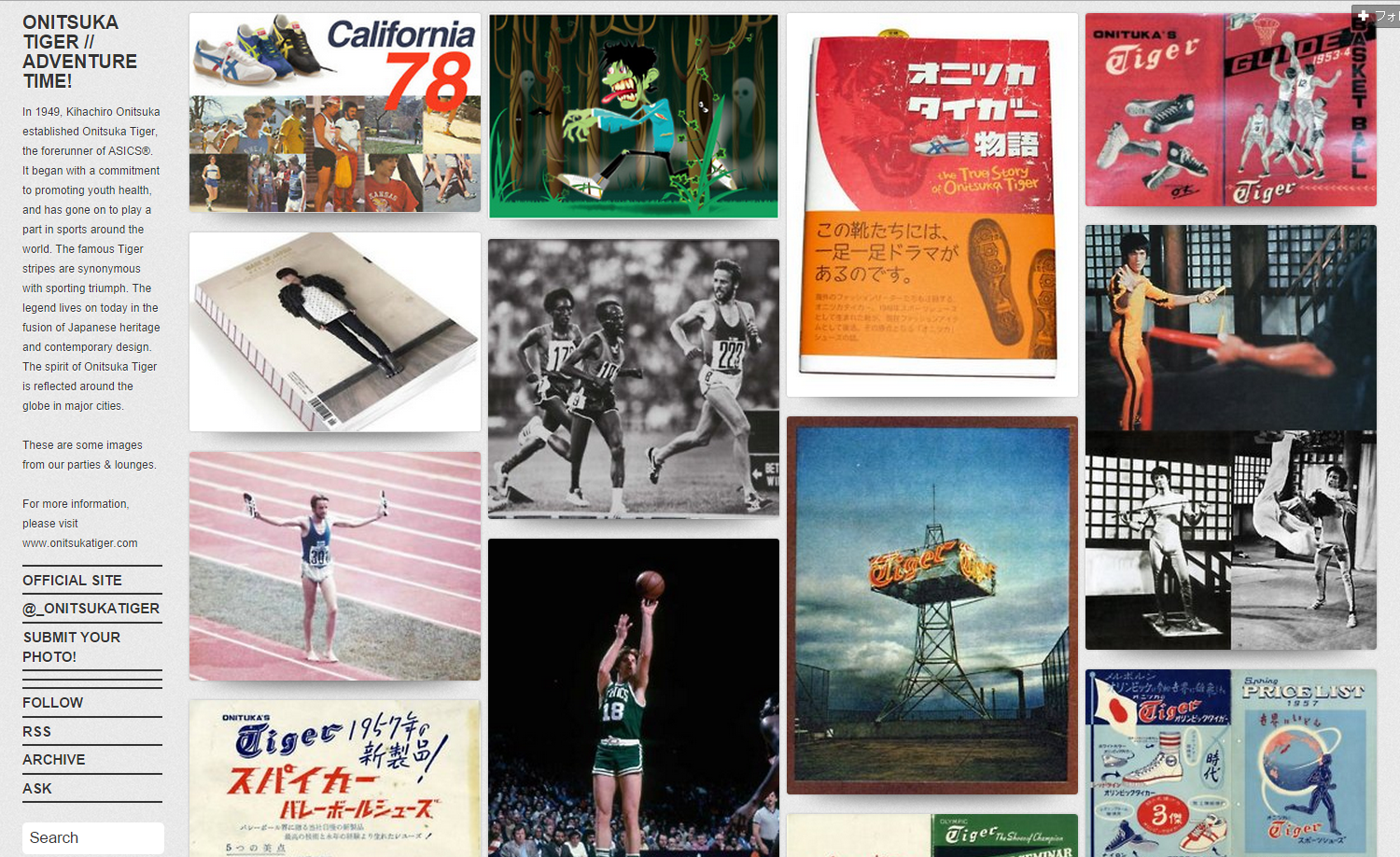 By using vintage posters of their products and images of inspirational athletes, they tell you a story of their brand culture and philosophy. 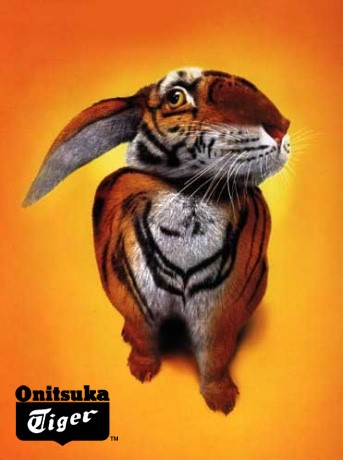 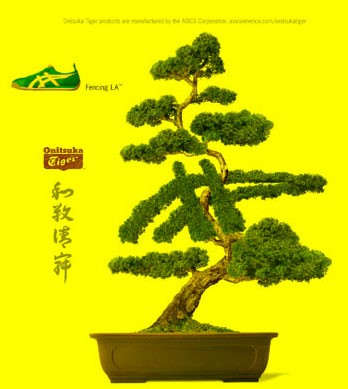 They also use some creative images to turn their famous tiger stripes into the synonym of ‘sports triumph’. 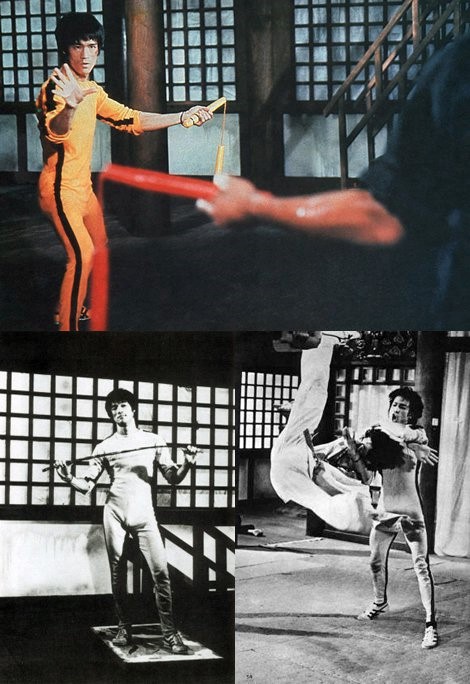 So their Tumblr is all about:

So how to create an inspirational Tumblr for your brand?

We have learnt some important lessons from those successful 3 shoe brands. Although they are considered to be rivals in the same market, they tend to have a distinctive market niche.

Let it be surfing, vintage Kung Fu or aperitif in Mayfair, you need to have a deeper understanding of your audience. But you also need to go an extra mile too.

An eclectic collection of surfing images won’t be enough. You need to incorporate something unexpected too. Don’t be afraid to go for something quirky. As long as it complies with your brand uniqueness, you are allowed to be experimental on Tumblr.