Uber vs. Lyft – The mayhem of on-demand ridesharing economy?

Uber vs. Lyft – Why does it matter to us?

From Uber, Sidecar, Bla Bla Car and Lyft, altogether they are the epitome of today’s on-demand ridesharing market. Depending on your geolocation, the popularity among them may vary considerably.

“Last summer, PricewaterhouseCoopers estimated the sharing economy would balloon to $325 billion in the next decade.”
Amidst the mounting competition, Uber undoubtedly remains the leader in the marketplace. However, Lyft has more than doubled its number of drivers since its launch, and is now rife across the United States (with a more meticulous global expansion strategy than Uber). It’s about to get a lot more interesting.

Uber and Lyft: The underlying difference

In principle, the rising competitions should drive the price down. But the reality turns out that the two services are very much alike when in many aspects. According to this guy’s experiment, Uber’s price cuts have made Uber slightly cheaper: “Uber was on average $1 cheaper per mile than Lyft.”  In other aspects such as average waiting time and user satisfaction, Uber and Lyft shared very similar results.

So wait, what exactly is the difference here?

While Uber was supposed to be positioned at a higher end of the market as opposed to Lyft, the experiment ends up emphasising the similarities.

But there are some interesting differences that haven’t been addressed.

Lyft goes beyond the act of car-sharing.

Unlike other carpooling services, Lyft’s approach to safety is a little more unique. In addition to the usual background checks and driver safe checks, it also tries to ‘hire drivers who are actually friendly and, you know, nice to talk to’.

Speaking of safety, UberEats doesn’t couldn’t care less about their bike couriers’ safety as the company is failing to provide workers’ compensation nor even the basic safety training, such as wearing helmets, for the supposedly one of the most dangerous jobs in big cities. (the full story here.)

What makes Lyft distinctive is perhaps its attempt to weave social into its core services.

It additionally require all drivers and users to connect to a Facebook account, ensuring that ‘even if something does go wrong, Lyft has a way to identify both parties in the case of a ride gone bad’. When it comes to peer-to-peer services, trust is the key to success and outperform competitors. While it may sound a little off-putting for some people, you can’t dismiss the fact that more than half of Lyft users are actually women.

Lyft is building its fame based on another USP, which is ‘a front-seat, engaging, and fun ride.’ If you’re looking for a truly experience-rich ride, then Lyft might suit you better. While Uber drivers are generally dressed formally and greet you politely, Lyft drivers are more encouraged to welcome passengers as ‘a friend with a first-bump’. Some even have themes like the Harry Potter Lyft,  ‘hip-hop Lyft’, the Trivia Lyft, the Karaoke Lyft.. and the list goes on. 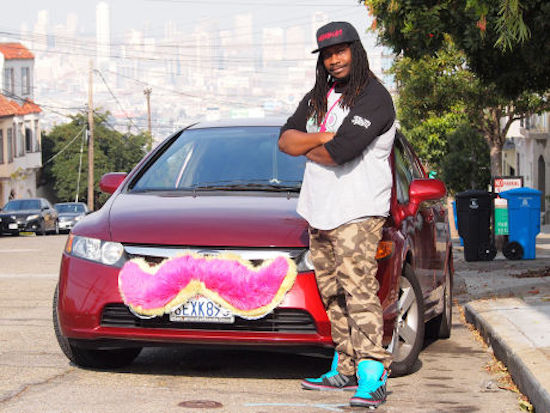 “Carter lets his dynamic personality flow through to passengers, by branding himself as “HipHop Lyft.” That means a bumping soundtrack with Snoop, Tribe Called Quest and Wu Tang Clan. “I pretty much keep it classic.” Rides with HipHop Lyft might end with a shared meal, or an impromptu 3 am roadside Karaoke jam.” (story via)

Conan O’Brien also went on an impromptu ride using Lyft with his guests:

So, being a driver for Lyft may require more than just good driving skills to include a friendly personality. Lyft app also allows users to contact specific drivers via Facebook, Instagram and so on. As a growing number of drivers are opting for offering some sort of themed ride-sharing experiences, it may actually be a better choice for those who hate awkward silence.  “In this light, the car matters less than the experience.”

Lyft is not excelling at app technology nor advanced algorithm per se. It basically employs similar system as Uber’s. But it seems doing exceptionally well at embracing the current capacity and resources while re-emphasizing humanity and social interaction. 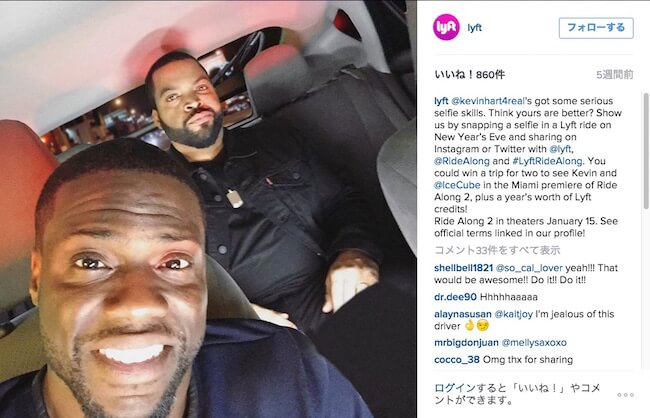