From selling men dreams to UGC: The evolution of car advertising in history.

The evolution of car advertising

The history of car advertising started from this one simple and obvious one – “Dispense with a horse.” by Winton Motor Carriage in July 30, 1898. 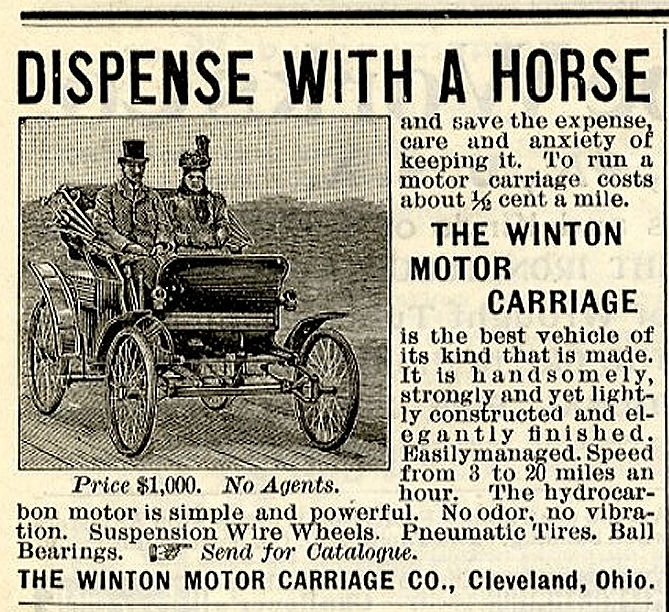 But since then, car advertising has gone through many makeovers throughout the century. Today there’s a plethora of choices and channels to reach a broader audience. So here’s a quick guide to how automobile advertising has evolved over the past decades.

Following the years of war propaganda-filled ads, car manufacturers ‘capitalised on the rampant consumerism of the late Forties and the great American Dream of the Fifties.’ That is to say, more storytelling and fancy copies.

Printed car ads started selling the aspirational lifestyle and the idea of modernity. 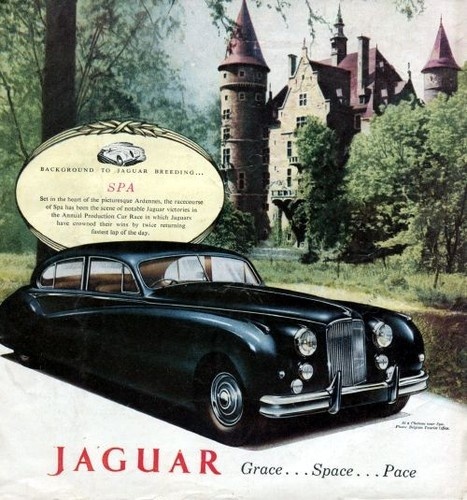 Then in the 1960s, Volkswagen challenged the conventional US-centric cars with its symbolic ads, the ‘Think Small’ campaigns for the Beetle created by Helmut Krone with the copy written by Julian Koenig at the Doyle Dane Bernbach (DDB) agency in 1959. 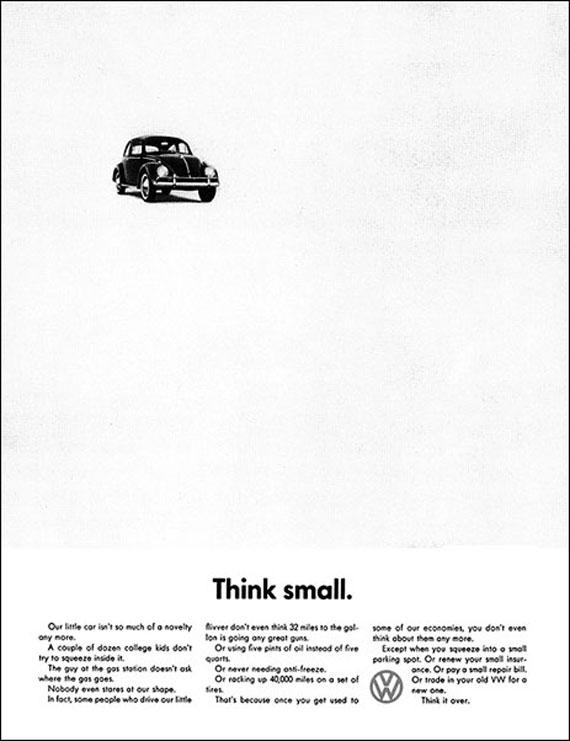 It was a revolution in a way that advertising, for the first time, had a simple and honest message. It became a great marketing example for functional marketing, i.e., how to turn a flaw into an advantage.

‘’…VW’s Beetle, with their famously minimal “Lemon” and “Think Small” campaigns, were an intentional undermining of that consumptive delusion, symptomatic of a countercultural youth trend that would result in both hippies and yuppies joining the foreign car bandwagon. ‘’ – R&T.

And then there came the Japanese brands with their pragmatic, affordable and yet good-quality cars as their USP. The ads in the 1960s captured an increasing number of tensions among different manufacturers. 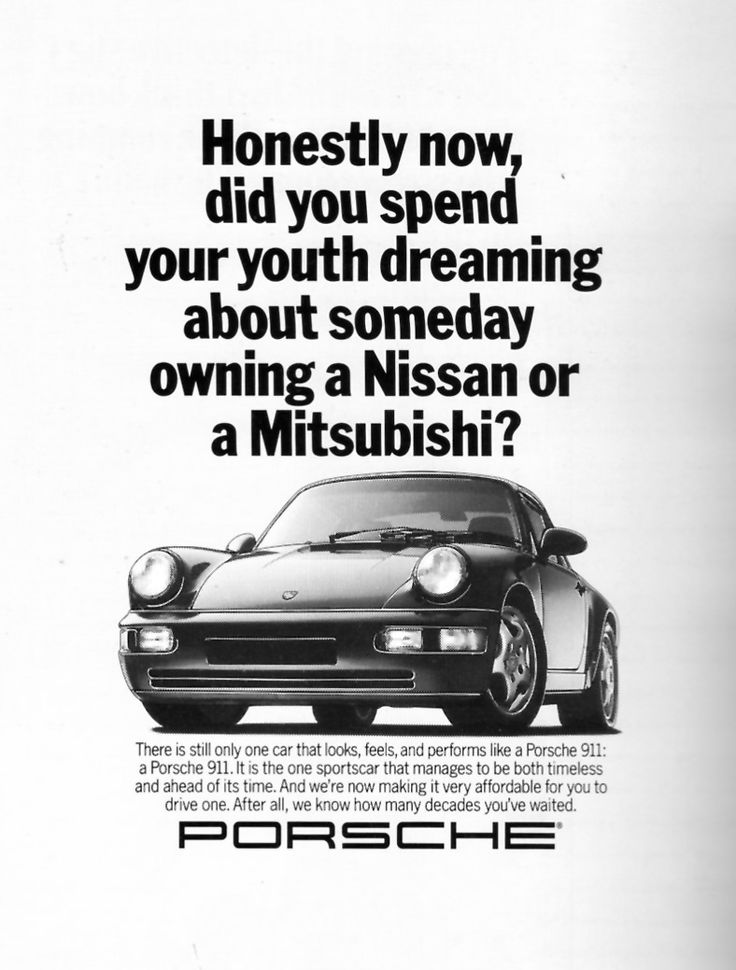 ‘Gender’ has played a salient part in the history of car advertising. From the 1960s, cars were often used as an excuse for stereotyping men and women. Female figures were often depicted as ‘helpless passengers’ or as ‘decorations’ while male counterparts mostly appeared to be the target consumers. 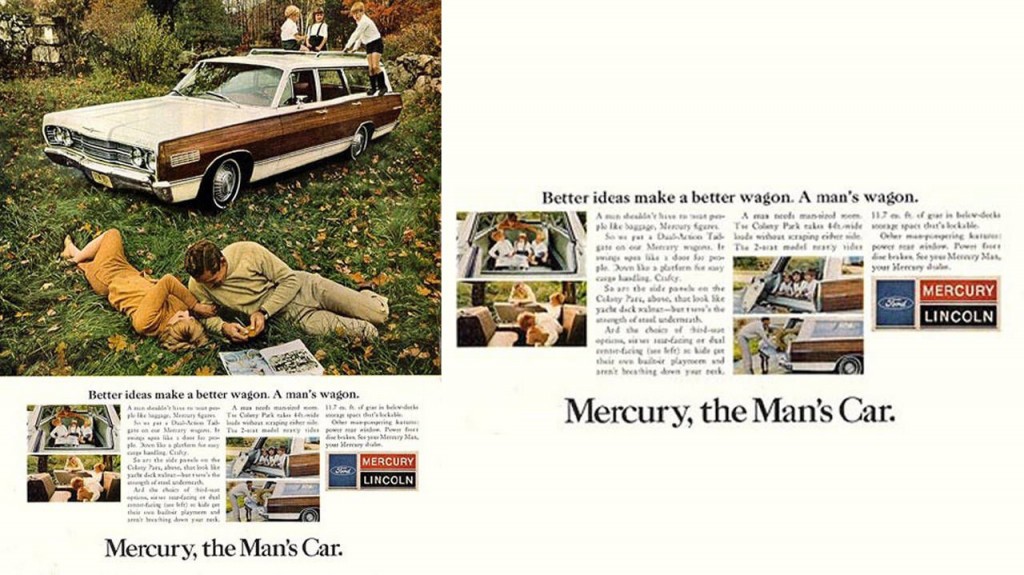 During the eighties and nineties, car ads captured the power of western development. Particularly in America, the financial hub of that time, car ads flooded TV screens and magazines with sleek imagery of studio-shot cars with models in shape suits. Luxury, powerful and pleasing – owning a car (especially high-end) was translated into some sort of freedom and independence, with powerful emotional appeals. 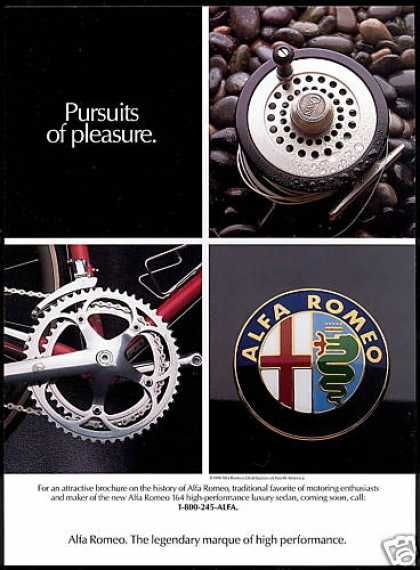 But from 2000 onwards, car ads took a sort of ‘turning-point’ in the car advertising discourse. More and more car brands realised the need to reflect the growing concerns about global warming and corporate responsibility. The messages are no longer limited to emotion, function and performance. From Toyota’s hybrid cars to Mercedes-Benz’s green technology, ads now need to bare some environmental responsibilities as well.

Contemporary automobile marketing is a more diverse place. Contents are crafted in diverse forms (from videos to publicity stunts) and delivered across multiple channels (From YouTube to Instagram). Moving from the age of an old-fashioned, invasive advertising, contemporary car advertising is much about creating interactive and engaging contents to get indifferent consumers back on board.

The most ‘viral’ ads are fun, inspiring and more relatable. Many campaigns try to encourage fan participation on social media as a new way to connect with brands. For instance, Toyota’s Swagger Wagon and Honda’s ‘The Other Side’ video were both spot-on: a good combination of entertainment, creativity and relevance.

Savvy automobile brands know the best way to incorporate their target consumers’ interests by inviting them to ‘participate’ in the making of online brand contents. (Nissan USA uses Instagram and Vine in a fun new contest featuring the Versa Note. The winner’s video was either selected as the new national commercial or winning a $1,000 Amazon gift card.)

The competition remains fierce, though. Carmakers now have to compete with other automobile firms as well as social media users so that  their contents get to shown on target customers’ feeds. And badly executed ads are also more susceptible to social media backfires.