Functional marketing – If Porsche sells “Emotion”, the economy car should go for “Motion”.

As we said elsewhere, there are some pretty awesome car slogans out there.

But, whilst Porsche, BMW, Aston Martin and Ferrari could do even without a slogan, as they sell top products every driver dreams of, if you have to market a car (or whatever product, for that matter) that is not exactly the Turbo Amazing Ultimate Racing Missile Luxury Saloon on Four Wheels, then you should go for some good, honest, humble marketing.

The point is: is your product a cheaper version of Burberry’s iconic trench? Then sell it as something that, in the worst, grim days of November, is going to protect you from flu and cold. Easy.

Therefore, when it comes to market an economy car, you should shift your focus from “Emotion” (i.e., fast cars, status symbol, luxurious leather) to “Motion” (yeah, it brings you from A to B).

Here is a fine selection of good and/or interesting examples of functional marketing.

From Wikipedia: ‘Think Small was an advertising campaign for the Volkswagen Beetle, created by Helmut Krone with the copy written by Julian Koenig at the Doyle Dane Bernbach (DDB) agency in 1959. It was ranked as the best advertising campaign of the twentieth century by Ad Age, in a survey of North American advertisements. The campaign has been considered so successful that it “did much more than boost sales and build a lifetime of brand loyalty […] The ad, and the work of the ad agency behind it, changed the very nature of advertising—from the way it’s created to what you see as a consumer today.”‘

The focus was: ‘DDB had “simplicity in mind, contradicting the traditional association of automobiles with luxury”. Print advertisements for the campaign were filled mostly with white space, with a small image of the Beetle shown, which was meant to emphasize its simplicity and minimalism, and the text and fine print that appeared at the bottom of the page listed the advantages of owning a small car.’ 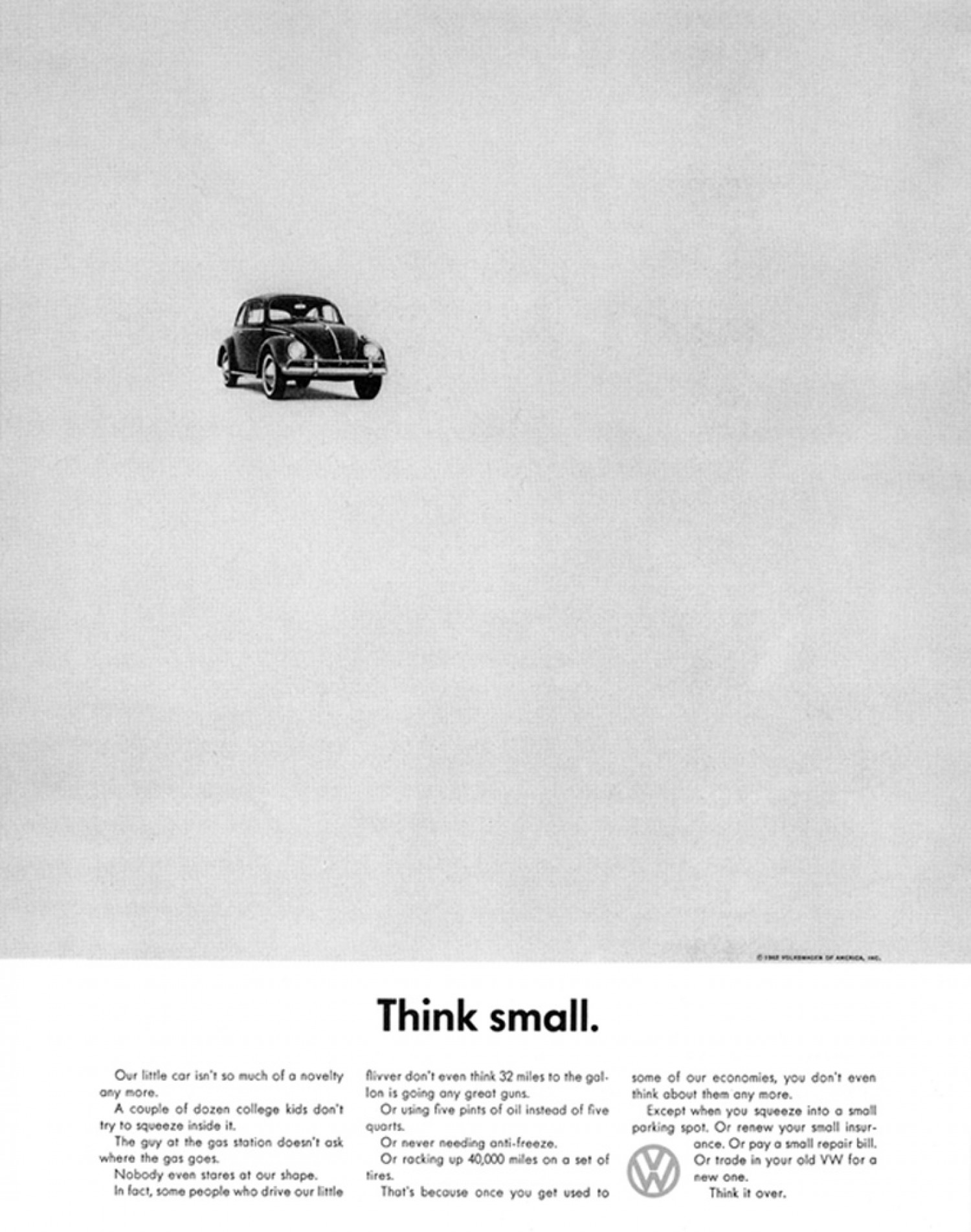 Citroën 2CV – As many wheels as a Rolls Royce

Daihatsu – you don’t need a Lambo to get the ladies’ attention. A cheeky, un-PC, but still cool ad. 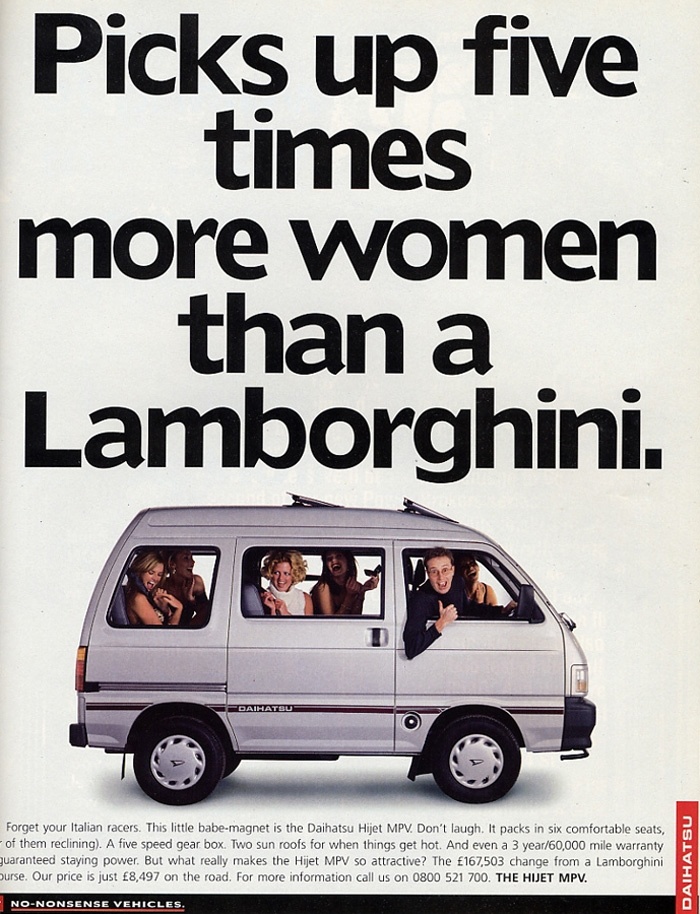 Mini – talking about being cheeky, right? 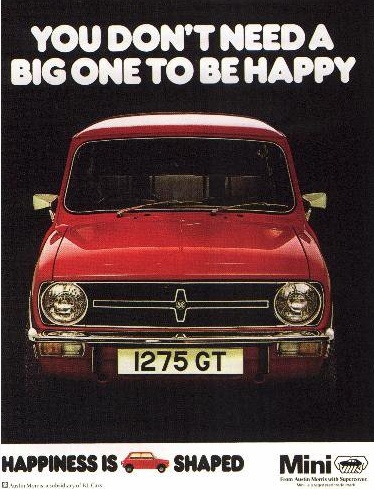 You sell a small car but your target customers think it’s bigger than it actually is? Boom. 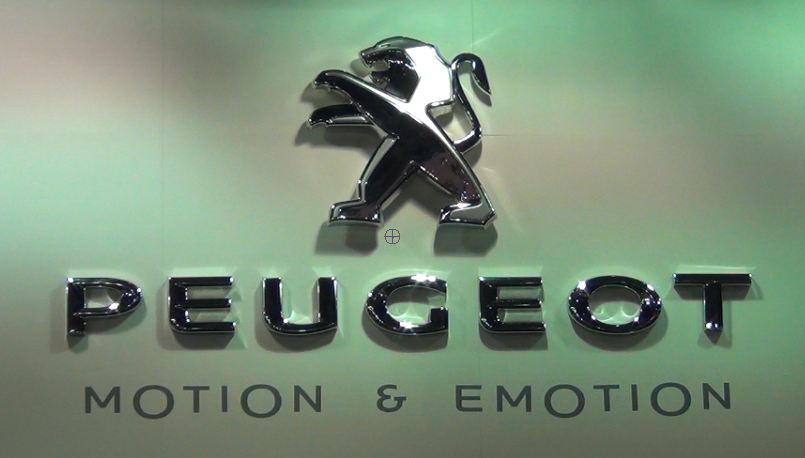 Ford – Drive One, AKA the uninspiring, grumpy version of “Just Do It”. 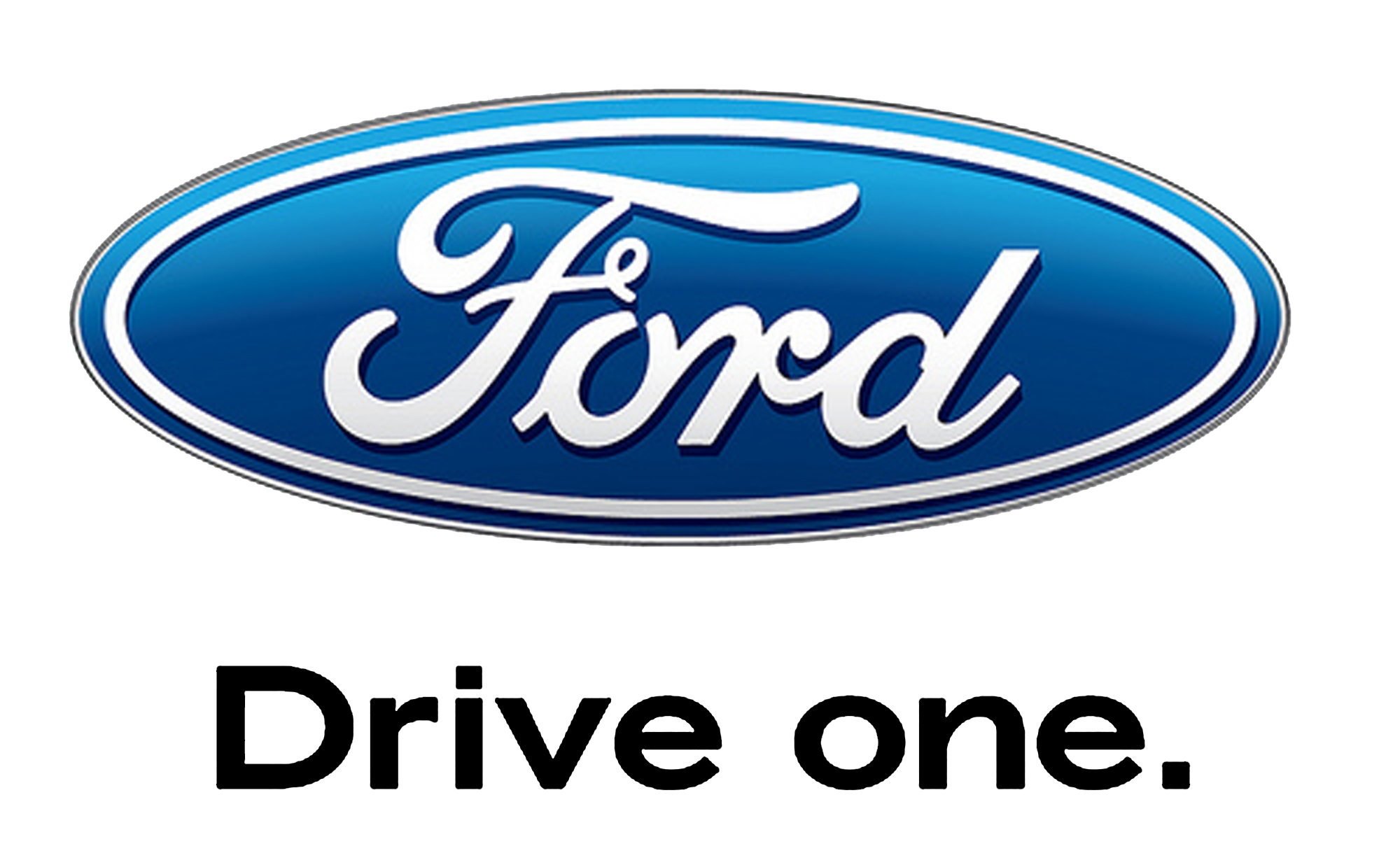 Bonus – the most honest car ad EVER. 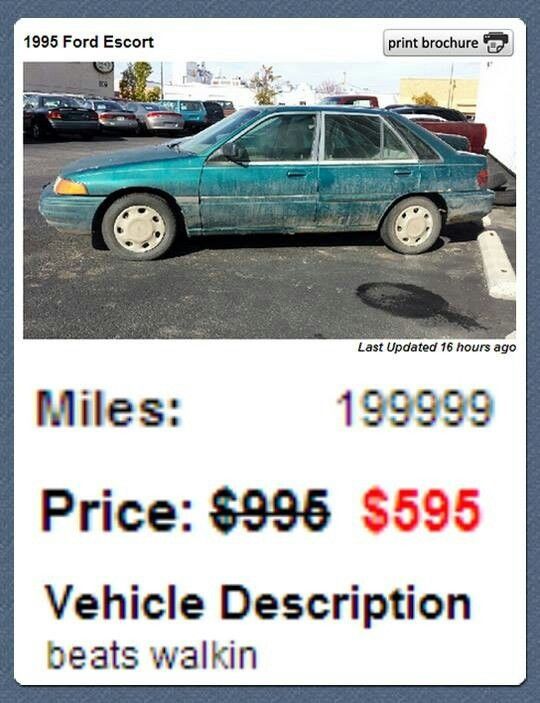