Brands have always used outstanding, eye-catching advertisement strategies to win the hearts and minds of people. Some brands attempt to use gigantic billboard or a full front page on newspapers to get attention of more consumers.

Massive imagery with a killer catchphrase – Yeah that will do.

But your competitors won’t let you enjoy the spotlight alone. It is only then when things get much more intense and entertaining for consumers.

Sometimes brands have even taken the battles from billboards to the space and beyond. Basically some are willing to do anything to build the hype.

How to win a marketing battle? 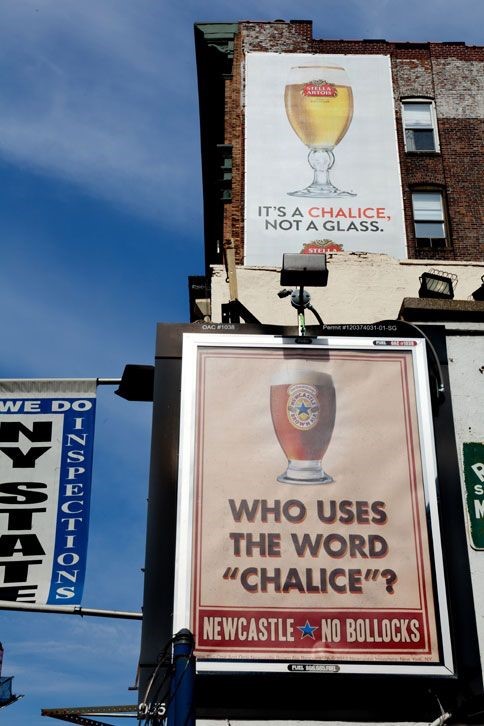 Two different beers, two different characters. Stella Artois want to sell classy and sumptuous lifestyle, possibly in order to get rid of that uncomfortable reputation as the chav’s favourite drink – the beer is nicknamed “the wife beater”.

“Drink From a Chalice, Not a Glass’’

But then it got hilariously mocked by Newcastle Ale and by people who never heard of the fancy word. 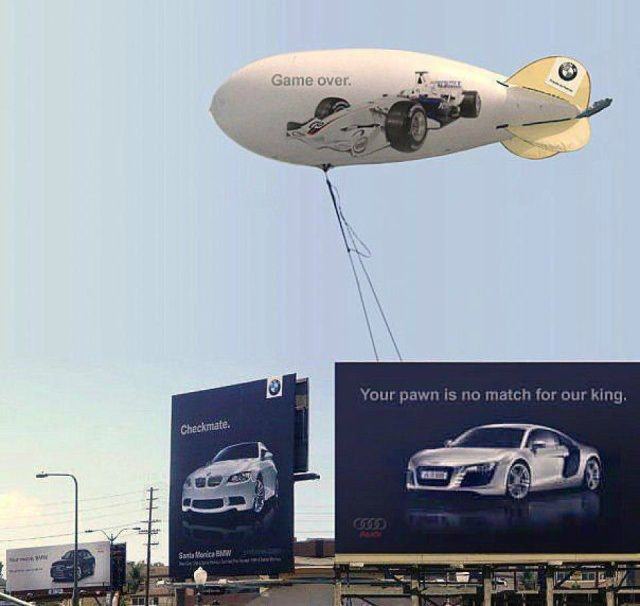 This fierce chess-themed, million-dollar scale billboard war was quite a hype.

Everything started a while ago when Audi ignited the war against BMW. It proudly placed an advertisement saying ‘Your Move, BMW’.

It all started from this ad.

And that had woken up BMW who responded with the famous checkmate advertisement, which then again led to another counter-advertisement by Audi. But BMW’s next move pretty much ended the game with a clear winner and loser.

Takeaways: Sometimes it’s easy to start a war, but hard to end one. (And when you really want to end it, take the battle to the space.) 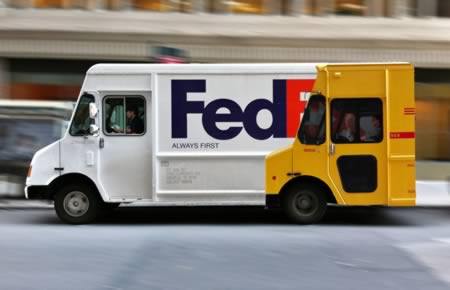 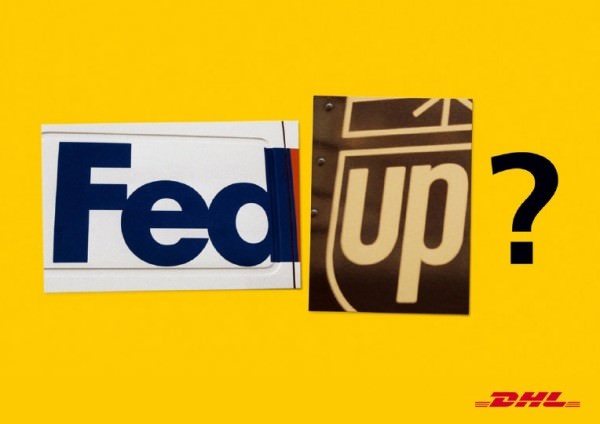 DHL is fed up.

Probably one of the smartest way to market themselves by transforming their iconic corporate bans into a marketing strategy against the competitor (see more on oddee).

“FedEx, always first”, “FedEx trucks are one step ahead” – the messages have clearly delivered across.

Takeaway: You don’t need spend millions of dollars on advertising space when you already got it. 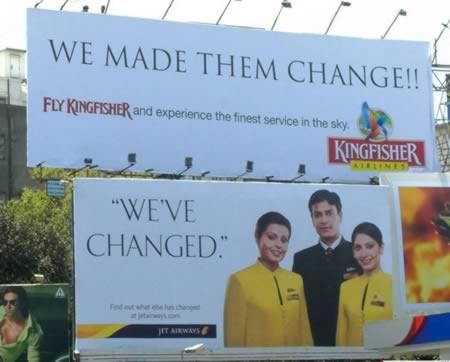 “We’ve changed.” can be a two-sided message. We’ve changed – we used to be good but we want to be even better. Or, we’ve changed – because, as you know, we were pretty awful so we had to change.

At least in their competitor’s opinion, they sounded like the latter.

Takeaway: Careful of what you say.

Back in 1962, Hertz was a de facto monopoly in car rental market in the United States. So Avis, who had only 11% of the market share that time, came up with an advertising strategy (or shall I call it a manifesto) that listed all the advantages of being a smaller company, as opposed to ‘big mean corporate giant’ (read more on YouTheDesigner).

How successful was it? “In a matter of a single year, that campaign reversed the company’s fortunes, helping it to go from losing $3.2 million to turning a profit of $1.2 million for the first time in 13 years.”, says Ad Age.

Takeaway: Even if your competitor is much bigger than you, you can turn your small enterprise into a great business advantage by being ‘honest’.

06/08/2014 Advertising Advertising, Marketing 0. Comments BY Waka
3 New Google Ads Performance Max Features For Boost In Customer Acquisition..
Instagram's New Full-screen Home Feed Update: What Marketers Need to Know..
Tinder Advertising: The Pragmatic Guide to Reach Young Audience..
How Can Retailers Supercharge Their Sales From Instacart Ads..
9 Tips On How To Create Attention-grabbing Instagram Ads For Stellar Sales..
Facebook Shops 101: Everything You Need To Know As An Ecommerce Business..
How Influencers React to COVID-19: A Survival Guide..
How to Use YouTube Advertising for Your Fashion Brand..
Why Should We Partner With Influencers?..
What does the Facebook News Feed Change Mean for #BrandedContent?..
How Design Engages with the Cultural & Political Climate..
How Should We Measure the Success of Creative Digital Campaigns?..
How Customer Experience Became Adobe’s Favourite Buzzword..
5 User Generated Campaigns That Rocked..
Five of the best IKEA marketing campaigns ever..
Domino’s shows how pizza marketing should be done..
The decline of teen retailers and overtly sexualised branding..
Why big brands and boutique agencies are the perfect match..
Grumpy old rockers – how Supreme educates its disciples...
Fashion & Music – A match made in Hell. Feat. Rick Owens, Raf Simons et al...
Solutions to ad-blocking? Easy, UX and GOOD content...
Ten smart experiential marketing campaigns we’ve seen in London...
Celebrity endorsements and luxury brands – DOs and DON’Ts..
Beauty Brands Online Campaigns: Are they changing the way we define beauty?..
From selling men dreams to UGC: The evolution of car advertising in history...
Fashion shows, live news broadcasting or show your wedding to the world – how Periscope can be used to promote your business...
Is hashtag hijacking a marketing gamble for brands..
4 ways the nature of advertising has changed from the old days...
3 things you need to know about emotionally-engaging branding...
The anti-marketing campaigns: The art of selling via non-selling...
Well-played Halloween ads featuring healthcare, hospitality and science...
Beauty Brands Online Campaigns Are they changing the way we define beauty..
Ad campaigns / Everybody is talking about the Andy Warhol Museum, a hot dog full of worms, and firecracker Speedos...