Adobe’s Digital Intelligence Briefing is a comprehensive report which analyses the state of digital proliferation and how it will impact both the retailer and consumer. You can read it for free, right here. Otherwise, here’s the skinny…

Customer Experience is the New Black. 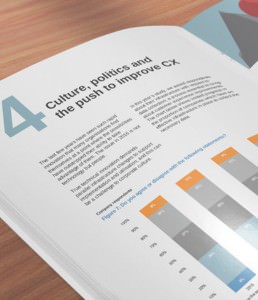 Customer Experience (CX) is how customers interact with your organisation. Although it’s far from a new concept, increasing digitisation and developments particularly in mobile technology mean it has become a hot topic for work colleagues to talk about in the pub when they run out of actual conversation.

The idea behind the experience economy is that services are becoming commodities. Think about Netflix, Uber, or Spotify. Netflix, in particular, has reinvented itself on a number of occasions, first as a mail-order DVD business, then as an online streaming service, now as a producer of big budget TV shows. Integral to each of these transitions was the understanding that traditional modes of watching TV had some massive drawbacks. As such, they set about allowing their customers to circumnavigate inconvenience, whether that was avoiding paying late fees at Blockbuster or, latterly, basking in the constant, life-affirming presence of Kevin Spacey in a suit, on demand, without being interrupted by ads, right there in your living room.

Twenty-two percent of respondents in Adobe’s report ranked optimising CX as “the single most exciting opportunity for 2017/18.” It might not sound much but that’s quite a sizable chunk. 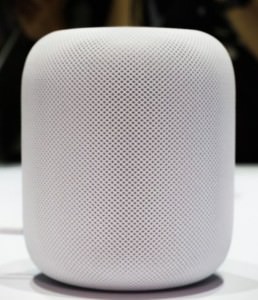 To explain why CX is important, it’d be wise to talk about differentiation. This is what sets a company apart from everyone else, and handily CX has been touted as the primary way for companies to differentiate themselves from their competition. So, for example, a few years ago, mobile and responsive websites were a “must have”, addressing the fact that people were spending more time browsing on their mobile devices. Today, the report states that we’re moving “beyond mobile” and that Augmented Reality (AR), Virtual Reality (VR) and The Internet of Things* (IoT) will be changing the retail sector rapidly in the next few years (Apple have also echoed a similar focus – the image to the left details the Apple HomePod, a siri-based speaker). The slightly odd thing about the report is how it makes it seem like we’re still waiting for these changes to take effect, when, in reality, they’re already underway.

Let’s take IoT as an example. Some people will argue that Amazon and CX have become synonymous. Alexa, along with Amazon Prime, has totally changed how (some) customers now approach online shopping, precisely by removing the “online” and “shopping” aspects. Need a new Avocado Slicer? Just ask Alexa and she’ll hook you up. It’ll turn up the next day on your doorstep, probably in an unnecessarily large box with a tonne of unrecyclable padding.

At least, that’s how it’s supposed to work. Currently, Alexa isn’t quite the seamless IoT experience that many perhaps envisioned. But it’s only set to improve.

That said, CX isn’t just about trying to adopt ground-breaking tech in order to instigate some sort of purchasing revolution. Far from it. Really, CX can be best improved simply by paying attention to content, design and data. 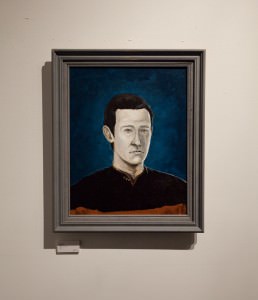 A few things to bear in mind, though. The report does wheel out a few blanket statements like “design-driven companies perform better than other businesses.” It seeks to clarify this by saying, “77% [of businesses surveyed] are investing in design to differentiate their brand.” These aren’t really the same thing. Common sense would dictate that a well-designed site, in terms of user journeys, for example, is going to be better than one with no thought applied to how potential customers might use it.

Also, the importance placed on data is slightly skewed. Companies like IBM enjoy running generic ads that signify how data is revolutionising certain industries, but having the capacity to collect data is different to having the capacity to process and interpret it. To be fair, the report does recognise that currently, “organisations still struggle hugely with data,” though it offers little clarification. Essentially, you can capture as much data as you like, but without someone to interpret it, it’s not that useful. An actual data scientist will be needed to extract meaningful conclusions from whatever data you decide to capture. IBM recently projected that demand for data scientists will soar 28% by 2020, especially impressive given such positions are in huge demand currently.

If hiring someone isn’t an option, then you can always contact us, here. We’re happy to chat.