‘‘The Oculus Rift is here, and it will blow your mind.”

Virtual reality never lived up to the hype during the 1980s and 1990s despite the enthusiastic gamers’ attempts to blur the line between the real and virtual world.

But VR is back to catch up with the digital Zeitgeist (thanks to Facebook’s $2 billion acquisition of Oculus).

Today’s Minecraft generation will experience a new level of virtual reality technology, thanks to Oculus Rift.

How does this Robocop-like headset can change our life?

First of all, the distance between you and screen no longer exists, making you feel as if things are happening right in front of you.

During the Oculus Connect conference in Los Angeles, ‘‘the viewer stands on the ledge of a skyscraper, looking out over a virtual cityscape (anyone with a lingering fear of heights, you’ve been forewarned), while another experiences a Tyrannosaurus Rex lumbers down a museum hallway, roaring so close that you can practically smell his breath, its underbelly slither and bulge as it passes over you.’’

That’s just a fraction of what this technology can do. It is a real game-changer. Soon the difference between reality and virtual world will be ambiguous.

Into the ‘virtual travel experience’

But this technology is not something exclusive for video game geeks.

Using such latest technology as Oculus Rift and Samsung Gear VR, consumers will be able to have a ground-breaking virtual-reality experience to view a property, hotel and even a fashion store as if you are ‘there’.

Actually some brands have already started to embrace this technology. For example, a giant hotel chain Marriot Hotels are ‘giving a glimpse into the future of travel’ to those who are not big fans of traveling (see more on Mashable) as a part of their “Travel Brilliantly” campaign.

They are probably one of the few to be using ‘‘the Oculus Rift headset and a phone booth-like structure equipped with the odours and sensations of an exotic locale to create a “4D” experience’’ in several cities the US.

So if you are seeing an outstanding view of Hawaiian beach in front of you, you might also feel the cool breeze and the smell of seaside.

Perhaps one day we will see more brands using such technology as a part of their digital marketing ideas to woo the audience by offering them more unique and interactive experiences.

While the virtual experience of being in Hawaii is not likely to replace the actual trip, it will certainly help hotels, travel agents and even property businesses to promote their services / products. Besides it will also help consumers decide on their next holiday destinations.

Can this be the future of website too? Imagine that you can virtually explore inside a fashion store while doing online shopping at the same time. One day we might be able to step into a virtual restaurant to get the ‘look and feel’ of the bar, kitchen and the food before actually deciding to book a table. The same thing can be said to architecture firms and development companies.

The challenges for UX designers

Perhaps I’m talking about something that happens in the far future, considering the high price of 4D virtual experience.

Firstly, how can it improve to replicate haptic impressions? Secondly, how can we feel the motion or walking and running in the virtual world? (and can Virtuix’s new virtual reality interface be the solution for the latter?)

By the way here is another example of the rise of virtual reality. It’s quite simple to use as you only need to slide your iPad into the headset (just like Samsung Gear VR), which costs only US$49.

But I guess no one ever questioned how it looks when they were developing it. 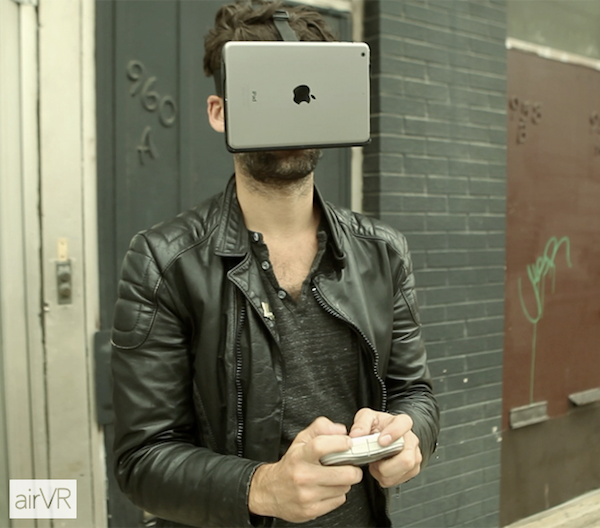 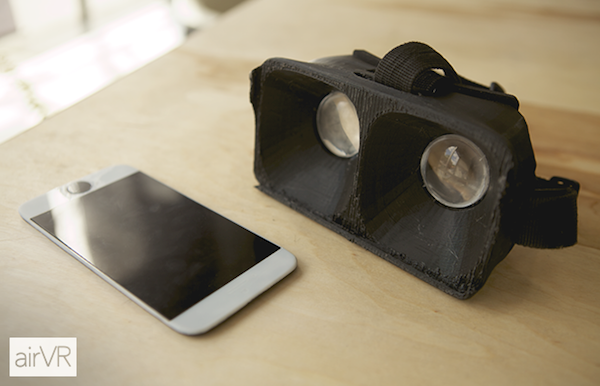