The world of augmented reality (AR) is growing at a rapid pace – both Facebook and Snapchat have already started creating AR experiences for their own apps. It should come as no surprise that TikTok, a platform where users share short video clips, is currently looking into doing the same. TikTok has launched a new innovative toolset referred to as TikTok Effect Studio, presently in private beta testing, which will permit its developer community to construct AR moments for TikTok’s short-form video app.

Developers had to fill out their name, email, TikTok account info, company, and experience with constructing AR, as well as examples of their work. The website also asks if they’re using a Mac or PC and whether or not they would take a look at Effect House for work or personal use. This is essentially the TikTok AR studio.

Effect House launched in August, but the venture itself is in the early stages and is only accessible in select markets, one of which is the U.S. They couldn't provide a time frame as to when this would be more widely available. Instead, TikTok has labelled Effect Studio as an “experiment,” adding that some experiments never make it to launch.

The launch of an AR toolset that includes TikTok AR effects and would make TikTok a lot more competitive, expanding the apps’ features. Snapchat launched a $3.5 million fund directed towards Snapchat AR Lens creation. While at Facebook’s F8 developer conference that took place in June, they announced that the Spark AR platform had grown to exceed 600,000 creators in over 190 countries, making it the biggest – greatest - AR platform worldwide.

The focus has been on toolkits intended for third-party developers who desire to integrate more carefully with TikTok in their apps. TikTok’s developer site presents users with access to tools that will allow developers to add several TikTok features to their app offering.

The new TikTok Effect Studio isn’t supposed to be used with third-party apps, however. Instead, it’s about forming AR experiences that would be given to TikTok users in the consumer-facing app. 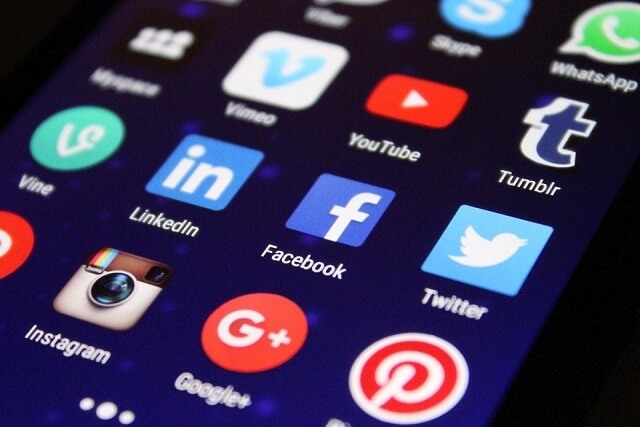 TikTok is a versatile, popular platform and when leveraged correctly, can benefit your business.

Even if your company isn’t well-known, you can use TikTok for marketing. It all starts with planning content and the usage of the following good practices.

Be authentic. Most social media customers can't access high-priced digicam gear or manufacturing budgets. They create content with their phones and their time, which is about who they are. Take an identical strategy with your content. By revealing your brand’s personality, customers will connect with you and relate to you, building a sense of trust.

Add your spin. You don’t have to come up with new and special content ideas for TikTok. The platform is based totally on community engagement and hashtags so all you have to do is locate current content and make it your own. Try to use hashtag challenges or trending songs. If there’s a trend in your niche, exhibit your own.

While TikTok is fun and casual, it takes some consideration and creativity to produce material. Brands should plan their content to get the greatest return on their efforts.

Like other social media platforms, TikTok is shifting toward a monetised future where brands can pay to have their commercials shown to users. There are so many ways you can boost eCommerce business with AR. The following are methods TikTok lets you pay for ads from within the app.

Like on other social platforms, your brand can use influencer advertising to extend your reach. Influencers on TikTok have various numbers of followers and various levels of influence.

Overall, TikTok’s electricity lies in how fun and progressive its AR imparting is, compared to some of its competitors. Below, we appear at some of the most exciting use cases of AR that we’ve considered on the platform.

One of the most enjoyable AR examples we’ve viewed on TikTok is this enjoyable “fill the shape” effect, which prompts the user to fit the pose provided, awarding factors if they get it right. It’s an incredible way to combine AR with dance and choreography.

By its very nature, TikTok is a music-based platform. This, combined with its popularity as a region to share dance routines, make it the best medium for innovative musical interpretations. Music artists can document videos of new singles and consist of an AR effect to supercharge the choreography – actually giving everybody in their own domestic the potential to file their very own tune video.

Another fun addition of TikTok’s AR is the capability to synchronise the user’s physique with an avatar. This lets the avatar go along with the user, turning them into a puppet of sorts.

Instagram popularised the makeup try-on AR trend; the place users had been capable to test distinct make-up appearances on their faces. With TikTok, customers can now strive for fashionable looks, such as clothing, switching between looks in enjoyable ways, for instance by way of nodding their heads.

Finally, a thrilling new AR providing from TikTok is their Branded Scan effects, presently in beta.

To completely appreciate what TikTok is, it’s vital to recognise its predecessors. Vine used to be a video recording and sharing app that allowed customers to create short videos that play on loop. Musical.ly was similar, except it allowed customers to add unique results and was once oftentimes used for lip-syncing famous songs and sound bites. In 2018, the creators of a similar Chinese app called Douyin bought Musical.ly. They mixed these two apps into TikTok and entered the Western market.

TikTok is right here, and it doesn’t seem to be going anywhere. As their AR functionality continues to grow, we are excited to see what the future holds.