Facebook’s purchase of WhatsApp at $19 billion seemed to be ridiculous and somehow unrealistic. But Mark Zuckerberg and his team are very much convinced of the potential growth in WhatsApp users (although 500,000 users who felt their privacy at risk have migrated to a non-profit startup, Telegram).

Facebook’s acquisition of WhatsApp may not be that spectacular. In fact quite a number of billion-dollar deals have already been seen in recent tech company acquisitions.

In 2011 Google bought Motorola at $ 12.5 Billion. And that was thought to be historic for some. In the same year, Microsoft purchased Skype at $8.56 billion, when it had a smaller user base back then. Now, Skype is pre-installed on every Windows device and is the platform of one-thirds of global video calls, says Hongkiat.

Probably the significance is rather on their underlying strategies, than the prices. So do all tech giants have right strategies? – Well, we will see about that. 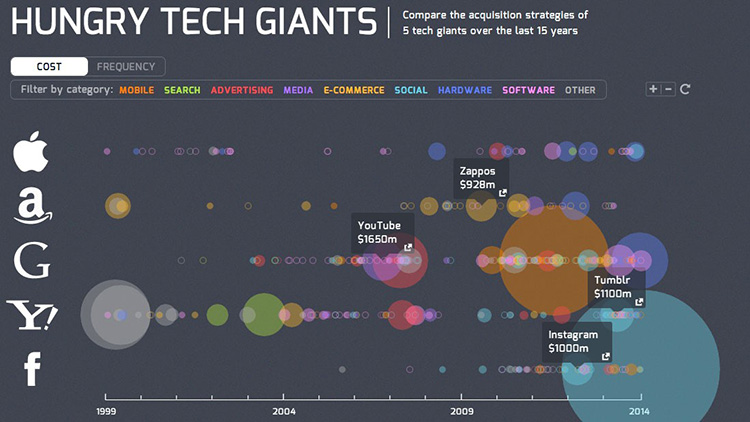