We still don’t know what will happen to Tumblr, but history teaches us that whenever some big label signs an underground indie banjo player, things are going to change, and suddenly everything turns into a grandmother-friendly, honey-voiced bunch of pointless songs the same kids who helped the artist go big will hate. The end.

This is my opinion, of course, but the vox populi on Tumblr seems to confirm the theory.

But let’s start with the news, as reported by the Financial Times: ‘Marissa Mayer, chief executive of Yahoo, has made her first big bet to jump-start growth at the stalled web portal company with the $1.1bn purchase of New York start-up Tumblr. Announcing the deal on Monday, Yahoo said that “per the agreement and our promise not to screw it up”, Tumblr would be independently operated as a separate business. David Karp, Tumblr’s 26-year-old founder, will remain chief executive.’

Of course, the fact Marissa Mayer said they promise “not to screw it up” means that they will screw it up, big time. Moreover, it seems like they already started to apply martial rules; as a user said, as a comment to her post: ‘ahiahi, poor marissa: we want to communicate with u, why there’s no ask or fan mail button on your tumblr? U seems not to be “online” with tumblr style, and we don’t need any chat, flickr, smiles or “family style”, poor us…’

Here’s how they will screw up:

And here’s the aforementioned vox populi: 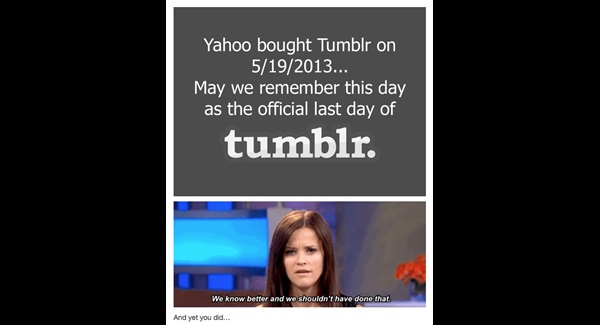 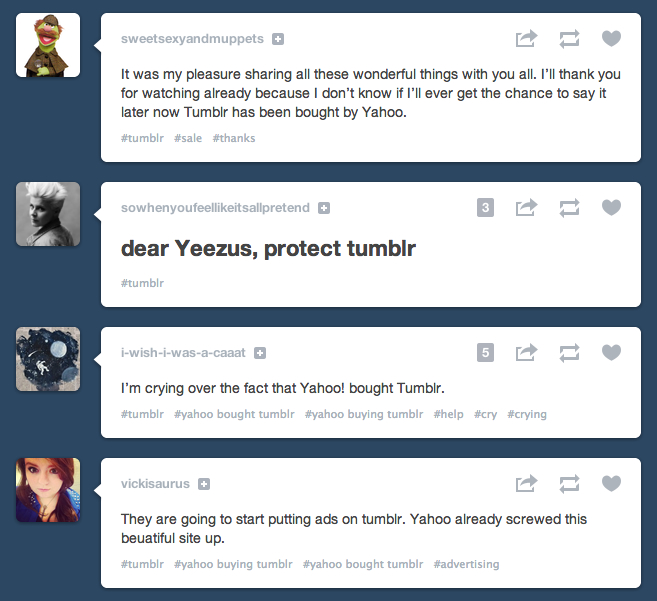 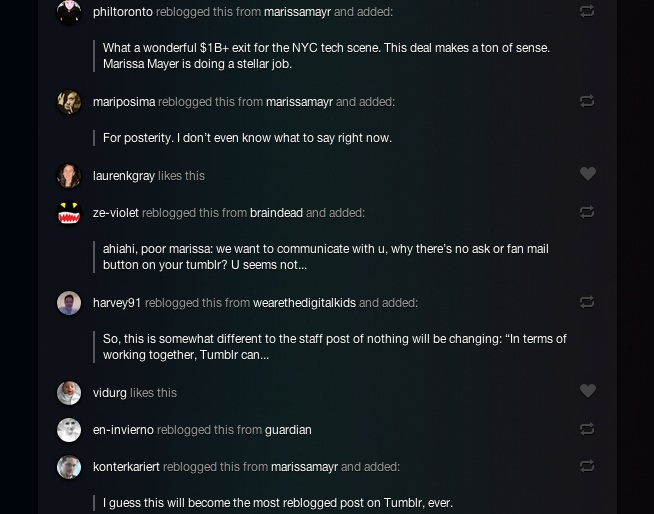 And now, the epitaph, posted by a perplexed kid: ‘Yahoo Pays $1.1B for Tumblr? Where is the new “wild west” of the Internet going to be?’

That is indeed an interesting question.