Five of the best #Menswear Tumblr blogs in the Universe, from food + clothes to branded.

We compiled a list of five of the best #Menswear Tumblr blogs in the Universe, from one that comes with an original twist – food + clothes to branded – to the ones created by brands such as Asos, A. Sauvage and A.P.C.

The Unusual One / Coffee and the Newspaper 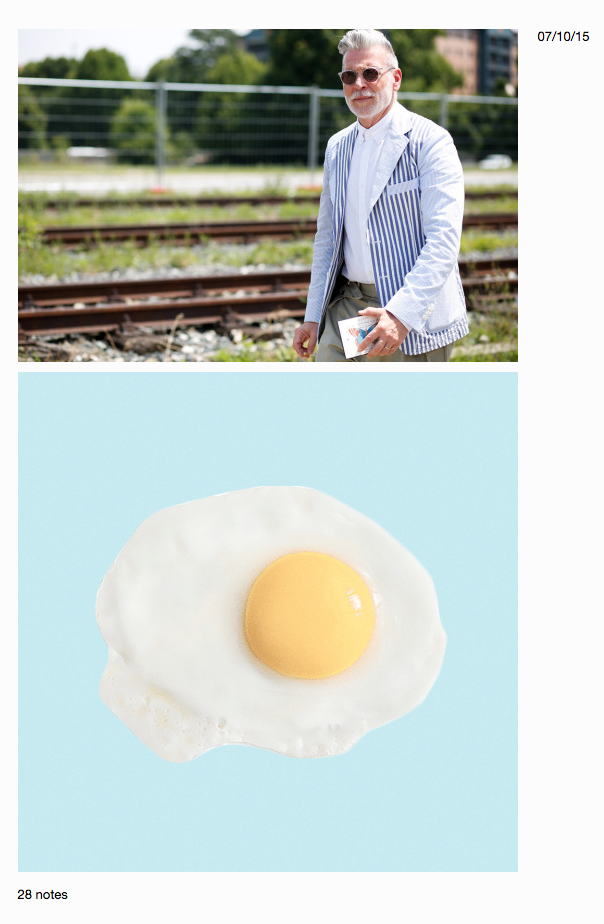 The Funny One / Real Men Swear

Cool outfits and funny comments in balloons? I’m in.

Not your usual #Menswear blog, because of the ironic twist, in a world in which too many take themselves too damn seriously. It’s funny, witty, smart, cool, and depicts that special thing about #Menswear: well-dressed bad-asses with cigarettes and a “F*ck” always ready to be dropped.

The Niche One / DNM HDS

As the name suggests, it’s about denim. Almost an obsession. Along with the material itself, this blog paints the lifestyle that goes with it, from the Japanese worker to the life on the road, riding a custom Harley on a sunny Californian road. The inspiring quote behind the blog? “Men in denim built this land, men in suits destroyed it.” 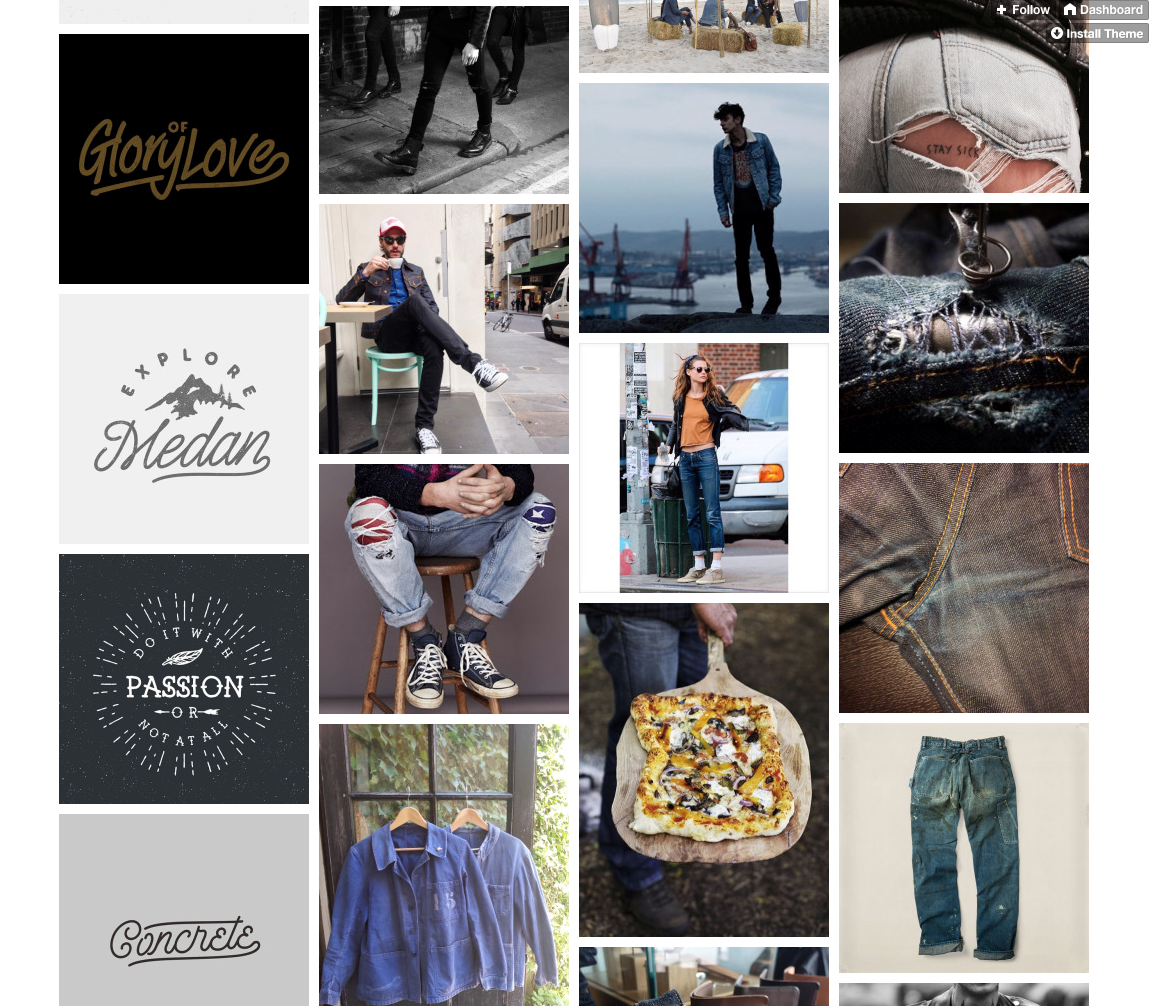 Beautiful imagery, a nice rhythm, the right amount of lifestyle, the right way to showcase the product, a consistent narrative, even though it goes from street style to smart dressed dudes in a matter of seconds. It’s also street-wise, from surf to rap, with a smooth transition between things. It’s diverse and multicultural, too. It’s just right.

The Offline Store / A. Sauvage

Adrien Sauvage is a Renaissance man – stylist, designer, photographer, artist. As Cool Hunting stylishly put it (http://www.coolhunting.com/style/a-sauvage), ‘With a Tumblr site as his look book, stylist-turned-designer Adrien Sauvage puts a fresh spin on men’s suiting by casting and personally photographing some of art and music’s finest as models for his debut collection. The black-and-white project, called “This is Not a Suit,” sets the stage for his first collection of suits that mix modern styles with Saville Row-level cuts. As an experienced tailor, the young upstart’s transformation from styling made a natural progression to designing, with the impeccably-conceived collection speaking for itself.’ 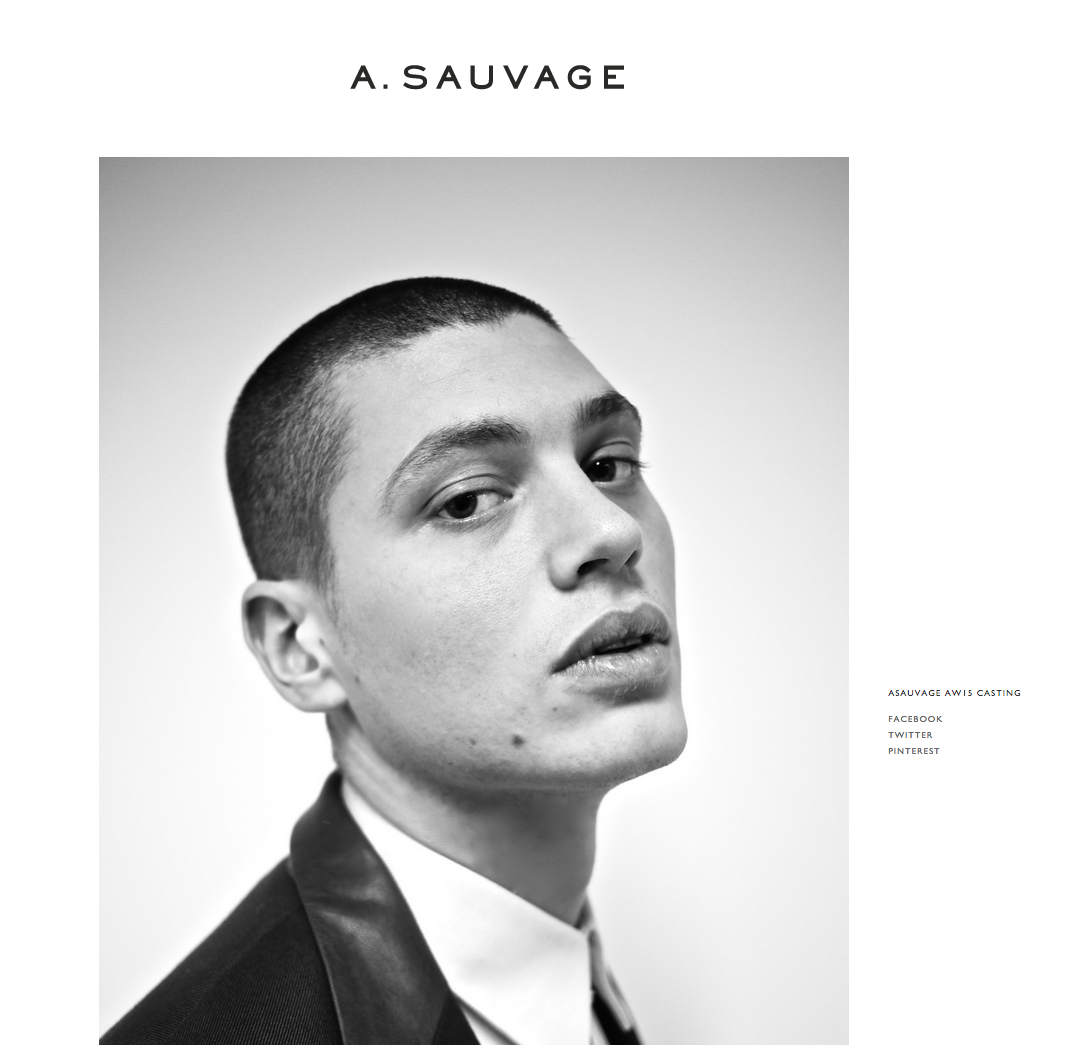 Cool brand, cool clothes, cool music on their SoundCloud account, they feature their (obviously cool) employees on the blog. Cool. 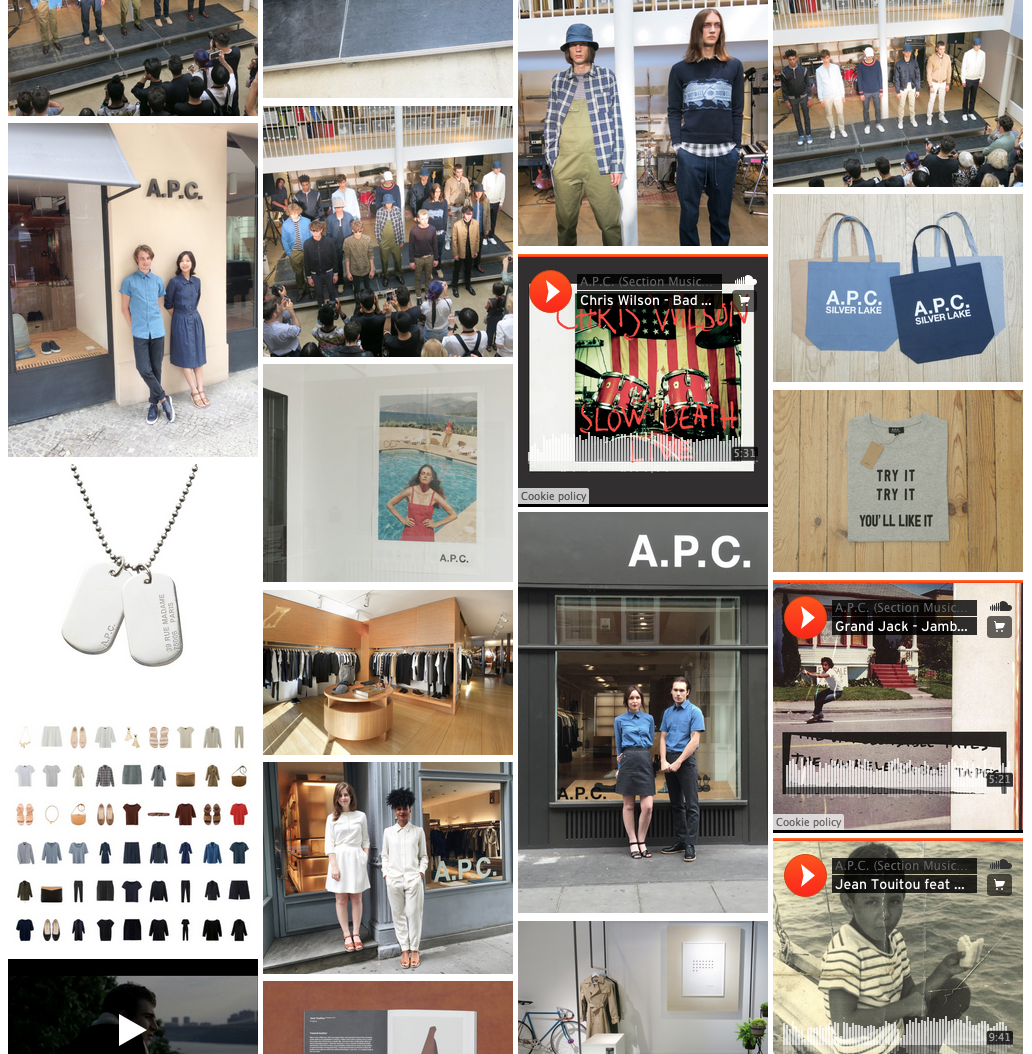